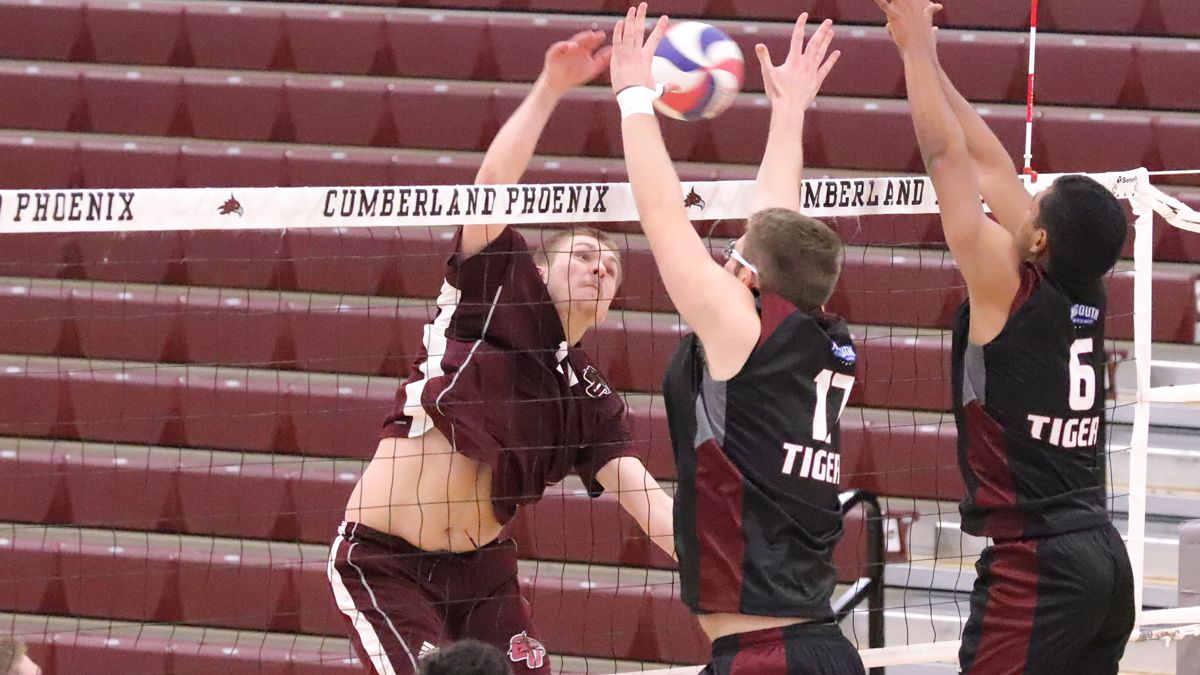 Campbellsville jumped out to a 10-3 advantage in the opening set behind three kills from Nils Kleinschmidt and two apiece by Camacho and Rafael Cruz. Chambers ended the stretch with a spike for CU but kills by Camacho, Max Stotridge and Noah Henkel along with a solo block by Henkel stretched the Tigers’ lead to 17-5.

Stotridge and Kleinschmidt combined for a block and Stotridge added two more kills before one each from Cruz and Jeremy Hernandez finished the set, 25-9.

Cruz, Stotridge and Henkel each collected kills to start the second set, giving Campbellsville a 7-4 edge. Pierce and Chambers tallied kills for the Phoenix to keep it close at 13-10.

Chambers and Pierce again posted spikes for CU and Pierce had a service ace to pull the Phoenix within 17-16, forcing a Campbellsville timeout. Henkel, Kleinschmidt and Camacho all registered kills for the Tigers, extending their advantage to 23-18.

Chambers and Pierce netted kills for CU, but Camacho added two more, including the final one, in a 25-20 set win.

Amorim recorded two kills and Stephan Davis added one, as the Phoenix took a 7-1 lead in the third set. Cruz collected two kills and Stotridge had one for Campbellsville, but a block by Christian Lester and Angel Acevedo Reyes kept CU ahead, 10-5.

Acevedo Reyes then tallied a pair of kills and Davis added one for a 13-8 CU lead. Amorim and Davis combined for a block and Chambers had a solo block, keeping the advantage at 17-12.

Campbellsville put together a 6-2 spurt behind two kills from Henkel and a kill and block by Camacho, pulling within 19-18. Acevedo Reyes kept the Phoenix in the lead for the moment with a spike and the teams traded points, including kills from Amorim and Lester for CU and Stotridge and Camacho for the Tigers, tying the match at 23.

Chambers and Hernandez traded kills for 24-all, but a service ace by Poveymirow and a final kill from Hernandez ended the match, 26-24.