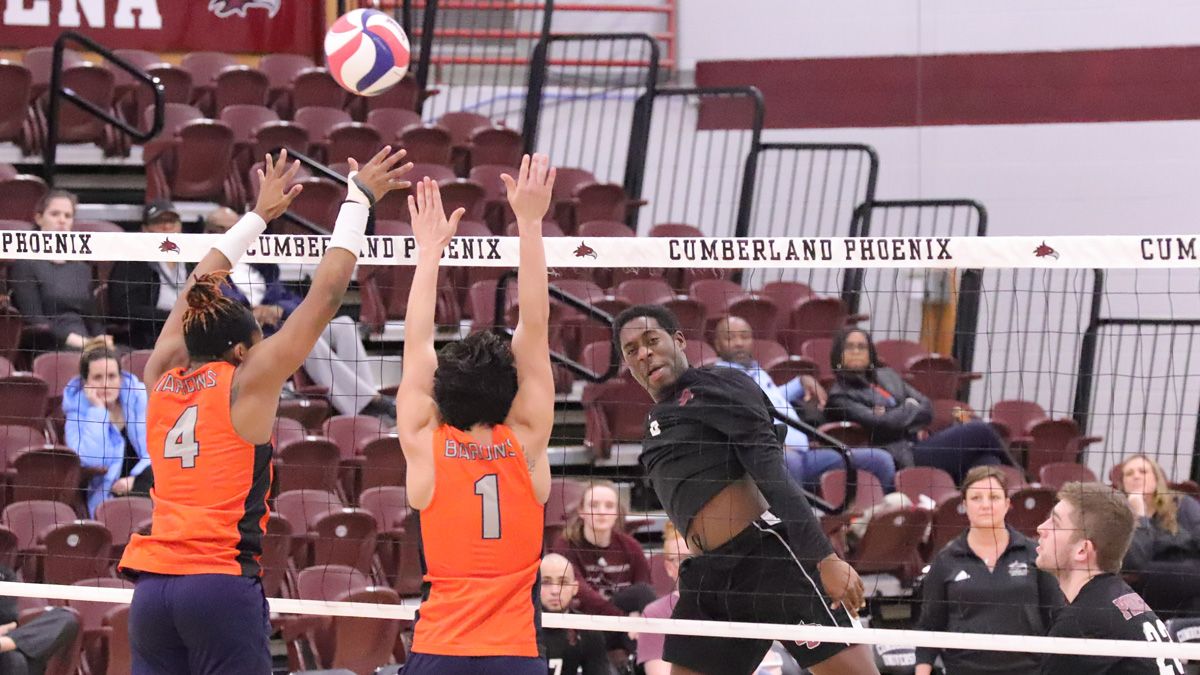 The Phoenix (6-15, 6-4 Mid-South) won all the matches during the weekend event, which includes six Mid-South Conference teams and three matches for each. Cumberland hit .328 as a team in the win and registered 21 total blocks, six of those by Chambers and four apiece for Amorim and Christian Lester.

Jordan Pierce and Lester combined for a block that started a 6-1 run for CU in the first set and included kills by Lester, Angel Acevedo Reyes and Amorim. Narlin Clancy, Jr., posted a kill for the Barons and Jacob Adkins and Jorge Llumipanta recorded a block, pulling the Barons within 11-7.

Amorim netted two kills and Chambers registered two as well before a final block from Amorim and Davis for another 25-18 set for the Phoenix.

Davis and Chambers started the third set with kills and Lester and Hogg recorded a block before two kills by Lester put Cumberland ahead, 8-4. Acevedo Reyes collected two kills and Amorim and Davis got a block, but the Barons evened the set at 10 with two kills from Michael Conway and one from Clancy, Jr.

Chambers recorded a kill and Lester posted the final two in a 25-17 set win for Cumberland.

The Phoenix play Lawrence Tech and Milligan College on Sunday at Milligan.