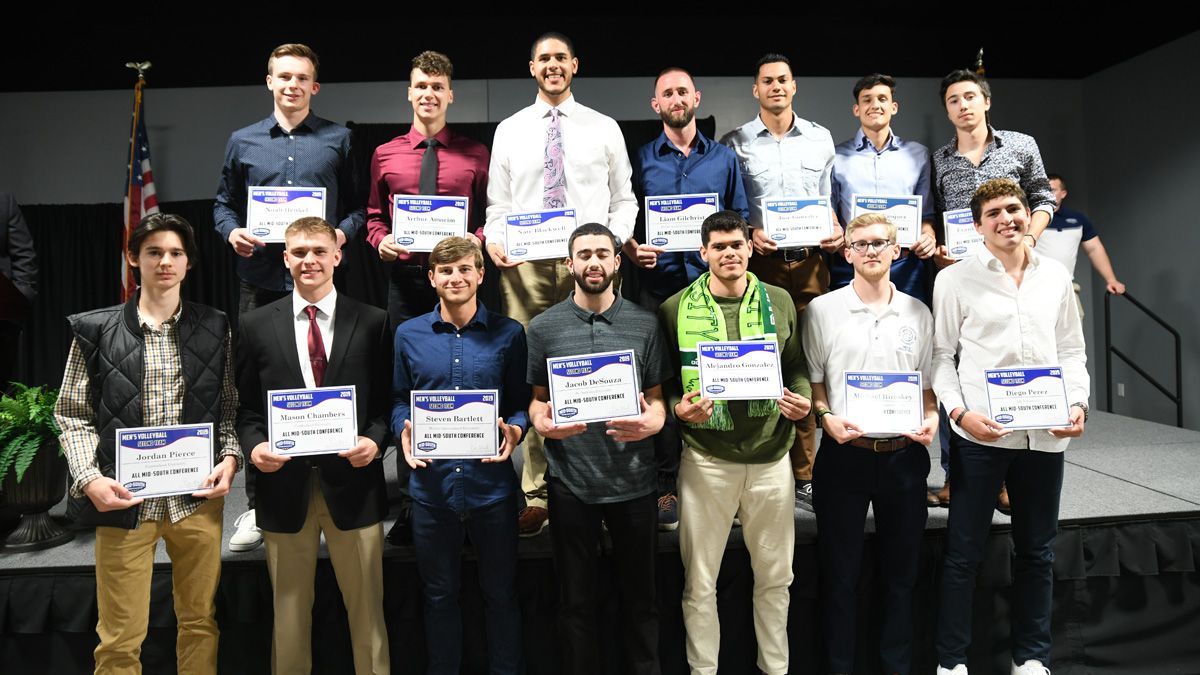 Amorim leads the Phoenix with 244 kills, 2.28 per set, and ranks second with 67 total blocks, notching seven double-figure kill matches and 15 total outings with eight or more kills. The Dunwoody, Ga., native registered 15 kills versus Webber International and 14 against Warner University in league victories and averaged 8.8 kills per match over the last 15 contests this season.

Pierce ranks first on the club with 484 assists, 4.61 per set, while adding 129 kills and 173 digs. The Huntsville, Ala., native posted a triple double with 10 kills, 15 assists and 10 digs versus Siena Heights and nearly recorded another against Warner with 16 kills, 21 assists and nine digs. He collected six outings with 20-plus assists and averaged 7.6 digs per match over the last nine outings.

Chambers netted 167 kills, 73 digs and 22 total blocks for the Phoenix. The Lebanon native posted 12 kills against Webber International and a combined 21 in the two meetings with Midway University. He averaged 7.0 kills per match in conference play, including six outings with eight or more kills.

Davis was selected as the MSC Champions of Character recipient based on his academic and athletic achievement, campus and community leadership, future ambition and demonstration of the five core character values of the NAIA.

The Phoenix take on Warner University at 4 p.m. Friday in the quarterfinals of the Mid-South Conference Championships.