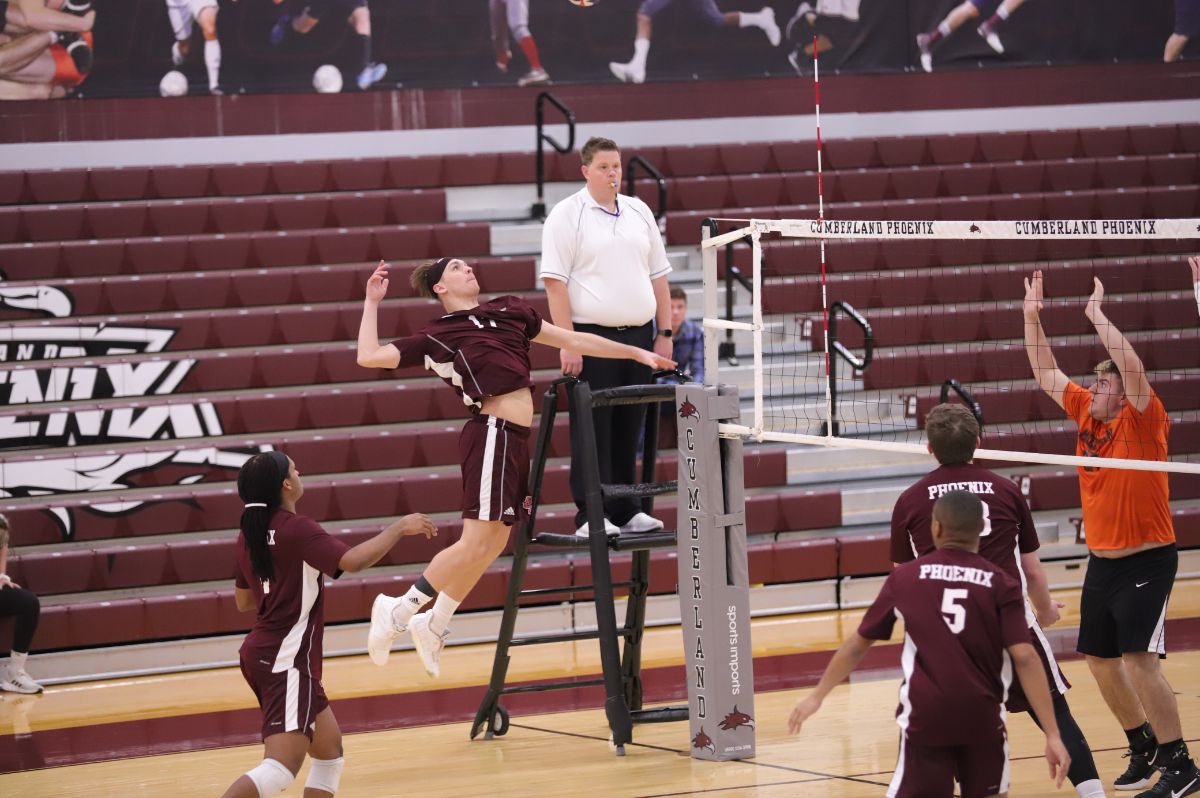 A kill by Pierce and Conway that were assisted by Ginnings and Hogg allowed CU to take a 2-0 lead to begin set two. Milligan’s Joel Duzman was able to tie the score for the Buffalos as he was able to record back to back kills. Multiple errors by the Buffalos and a kill by Carruthers allowed the Phoenix to take a 6-3 lead. A continuous rally finally came to an end, as an attack by Chambers continued to increase the score for the Phoenix 9-3.

Pierce continued to show greatness as he was able to record back to back kills himself on top of a Buffalo Serving error to increase the lead to 14-5. Amazing saves by Asa Sewell and Caleb Ginnings allowed the Phoenix to hold a 20-8 lead. Cumberland was able to finish out set two on top as they won 25-10 behind a final kill by Lester.

Set three was nothing but amazing for the Phoenix, as they were able to jump straight into a 4-1 lead behind a kill by Chambers and multiple attacking errors by the Buffalos. Back to back serving errors by Milligan and kills by Lester and Carruthers increase the lead for Cumberland to 9-3.

The Buffalos found some life as Daniel Robinson was able to connect on an attack to cut the lead to 10-5. The Phoenix continued to show dominance as they were able to go on a 12-0 run behind multiple kills by Michael Conway, Lester, Pierce, and Chambers. CJ Freeman was able to finish out the set for the Phoenix as he recorded the final point off a serving ace to finish the set with a score of 25-7, to allow Cumberland to sweep the Milligan Buffalos 3-0.

The Phoenix will be on the road to compete in the Viking Invitational the weekend of January 24th and 25th in Marshall, MO.