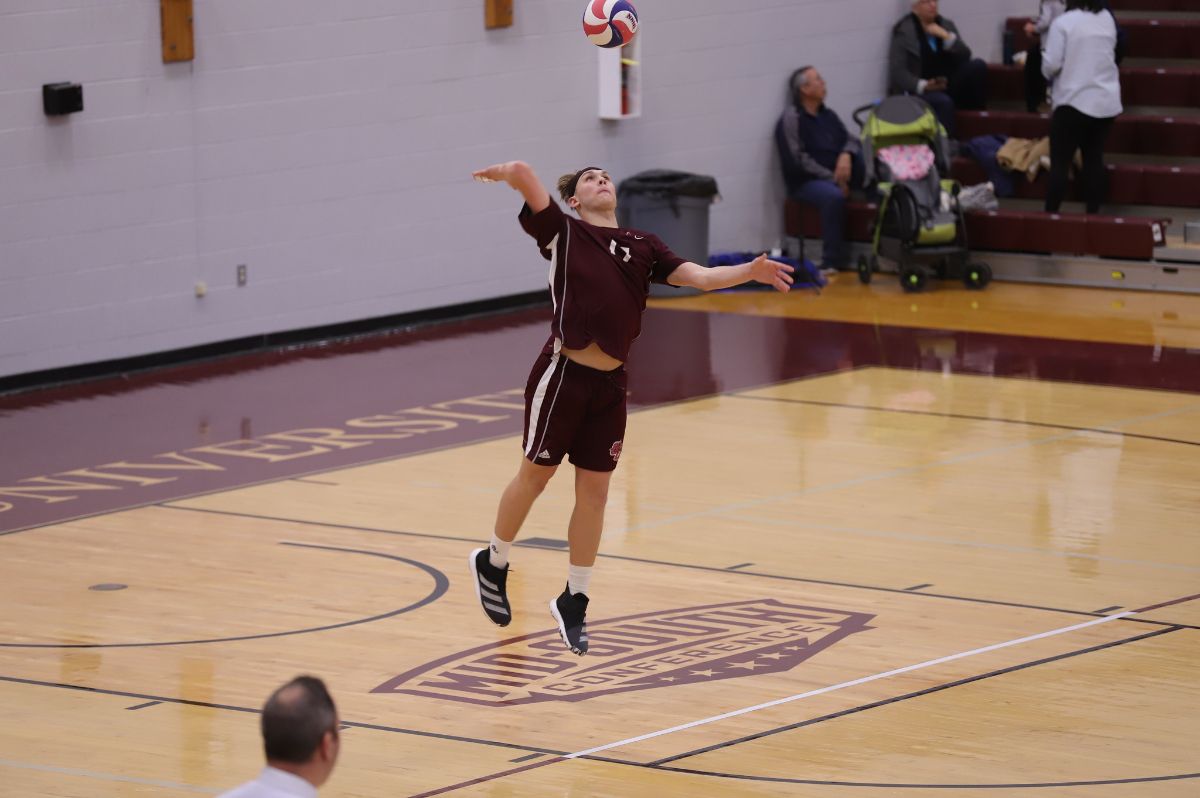 LEBANON, Tenn.- The Phoenix fell short in Day One of the Thomas More Classic as they lost to Siena Heights in three sets.

Mason Chambers led the Phoenix in attacks with seven and digs with six. Brian Hogg led Cumberland in assists with 15.

Christian Lester started the game off for the Phoenix, as he was able to connect on an attack assisted by Brian Hogg to put the Phoenix up 1-0. The Saints were able to match a kill with one of their own from Evan Cashen. A spark lit under the Saints offense as they were able to go on a 12-0 run against the Phoenix, making the score of the game 13-1.

Lester was able to record a kill of an assist by Jordan Pierce to help the Phoenix put points on the board. The Saints were able to go back on another 5-0 run, allowing the Saints to lead the Phoenix 18-2. A pair of attacks from Pierce and multiple errors by the Saints allowed the Phoenix to begin a comeback as Cumberland was able to cut the lead to 21-10. A kill by Lester and an ace by Hogg allowed to hold the Saints at match point for numerous possessions, The Saints were able to connect on a service ace to end set one, winning 25-15.

The Phoenix will be competing in Day Two of the Thomas More Classic on February 1st, against Reinhardt University, Midway University, and Thomas More at 9 AM, 11 AM and 3 PM.