0, at 18:07
Midway, KY
Attendance: 40
Recap Boxscore
The Phoenix Fought down to the wire to win 3-2 against the Midway Eagles 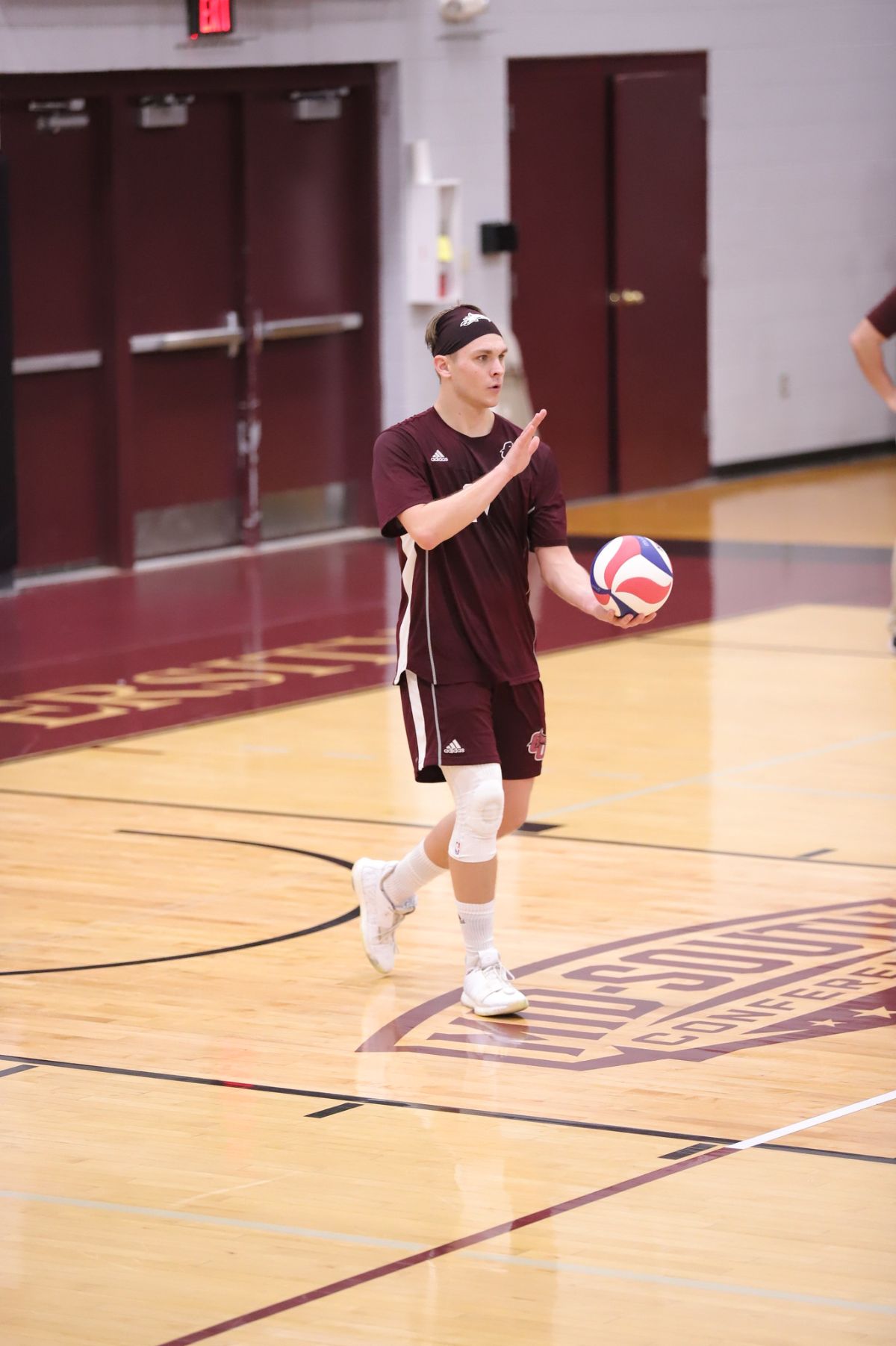 MIDWAY, Ky.- The Phoenix fought down to the wire and were able to defeat the Midway University Eagles after being down two sets, 3-2.

Mason Chambers led the Phoenix in kills with 17, as Jordan Pierce was able to record 36 assists and 11 digs. Caleb Ginnings was able to lead the team in digs with 15.

The Eagles jumped out to a 2-0 lead in the start of the first set, until a kill from Chambers was able to tie it for the Phoenix. The Eagles continued to find ways to attack the Phoenix defense, as they were able to go on a 4-0 run. A pair of kills by Michael Conway, and a solo kill by James Born all assisted by Pierce helped the Phoenix cut the lead down to three, making the score 9-6. A kill by Chambers, and an attack error by Midway’s Zo Severre continued to cut the lead for the Phoenix.

The eagles were able to record two aces, putting them ahead of the Phoenix 18-15. A kill by Born, and Chambers put Cumberland back in the game, as they only trailed by one of a score of 20-19. Another pair of kills by Conway kept Cumberland in the game, until the Eagles were able to connect on two aces again by Victor Bazzo, which resulted to putting them in set point. Midway’s Adrian Constant was able to record the final kill of set one, allowing the Eagles to win, 25-22.

Multiple errors on both teams, put the score tied at three to start set two. A kill by Chambers, and Born mixed in with a pair of attack errors by the Eagles, tied the game for the Phoenix at 7. A Pair of kills by Bazzo and an attack error by Conway, had the Phoenix trailing 15-11. The Phoenix were able to cut the lead down to only one as Christian Lester, Born, and Conway found openings in the Eagles defense for a kill.

A kill by Constant, and back-to back attack errors by Chambers put the Eagles at set point with a score of 24-20. Constant was able to finish out the set for the Eagles, as he recorded a kill assisted by Gavin James, putting the Eagles ahead winning 25-20.

Kills by Chambers, Lester and Tyler Sturziou put the Phoenix at set point. Pierce was able to set up a perfect assist as Lester came through and connected on a kill for the Phoenix to win set three, 25-20.

The Phoenix started set four off hot as they jumped to a 6-1 lead, coming from kills by Chambers and Pierce. The Eagles caught a lucky break as they were able to take advantage of the Phoenix errors and tie the game up at 10. The Phoenix didn’t let their mistakes slow them down, as Pierce was able to connect on a pair of kills, which were assisted by Brian Hogg. With a solo kill by Chambers and Born to put the Phoenix ahead 19-13.

Chambers connected on a pair of kills, which continued to increase the Phoenix score, as they lead the Eagles, 21-15. A kill by Born and an attack error by Constant put the Phoenix at set point. Off a bad serve by the Eagles, the Phoenix won set four with a score of 25-18.

Cumberland continued to be dominant to begin the fifth set as they jumped to a 4-0 lead, coming from a kill by Carruthers, and multiple errors by the Eagles. Kills by Born, and Sturziou continued to keep the Phoenix ahead, 8-4. Errors by the Phoenix, put the Eagles back into the match as they only trailed by one, with a score of 11-10. After a serving error by the Eagles, Chambers recorded back to -back aces for the Phoenix, making Cumberland the winners of the set with a score of 15-11. The Phoenix won the match, 3-2.

The Phoenix will be back at home to face against Lawrence Tech and Aquinas College on Saturday, March 7th at Noon and 2 P.M.