Phoenix Fall to the Warriors, 3-2 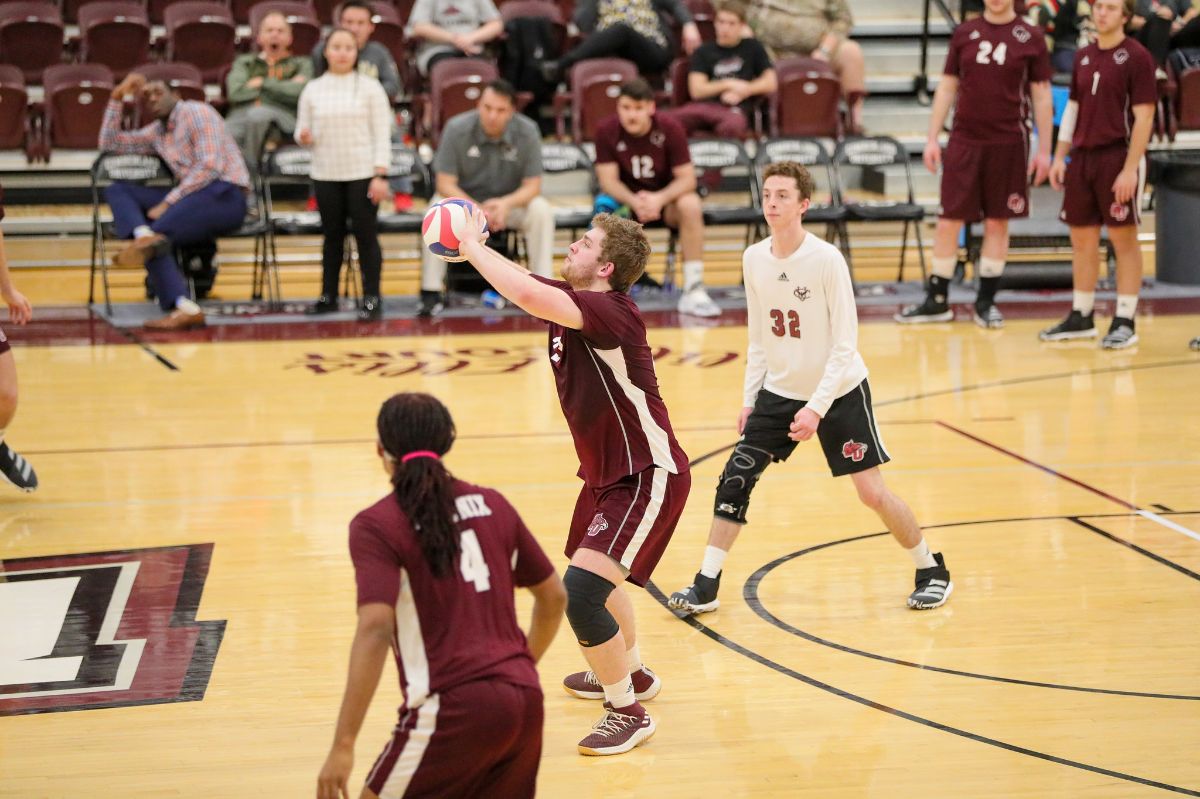 Christian Lester led the Phoenix in kills with 12 in 3-2 loss against Webber International (Credit: Steve Wampler)

CAMPBELLSVILLE, Ky.- After being ahead two sets, the Phoenix fell to the Webber International Warriors, 3-2.

Christian Lester led the Phoenix in kills with 13, while Jordan Pierce, Tyler Sturzoiu, and Mason Chambers all recorded 9 kills. Pierce led the team in assists with 29, and Caleb Ginnings led the Phoenix with 14 digs.

The Phoenix started out hot as they were able to jump to a 5-1 lead over the Warriors, coming from an ace by Chambers and four attack errors by the Warriors. The Phoenix began to have some miscues, which allowed the Warriors to fight their way back into the game, making the score 10-7.

The Phoenix continued to dominate the court as they jumped to a 4-2 lead coming from a kill by Carruthers and Pierce but due to errors by the Phoenix the Warriors were able to tie the game up at 4. After a 4-0 run by the Phoenix, which was caused by Warrior errors, both teams recorded an ace to put the score at 10-6. A kill by Webber’s Justin Beecher, and an attack error by Carruthers, cut the lead for the warriors to 15-11.

A pair of kills by Webber’s Orlando Fletcher was followed up by a pair of errors by the Warriors, to put the game at 17-13, still Phoenix lead. After an ace by Sturzoiu, and a pair of kills by Lester the Phoenix increased the score to 21-16. After a Webber’s timeout, Carruthers, and Chambers both posted a kill, both coming from an assist by Pierce to put the Phoenix at set point. Lester was able to find an opening in the Warriors defense, and end the set with a kill by a score of 25-20.

Set three started with the Phoenix being on top 5-3, coming from a kill by Chambers and Pierce in mix with multiple errors by both teams. A kill by Michael Conway, and Sturzoiu put Phoenix ahead four with a score of 7-3. After a kill by Webber’s Daniel Hermida, and Bryant Herrera, the Warriors began to chip at the lead making it 14-12.