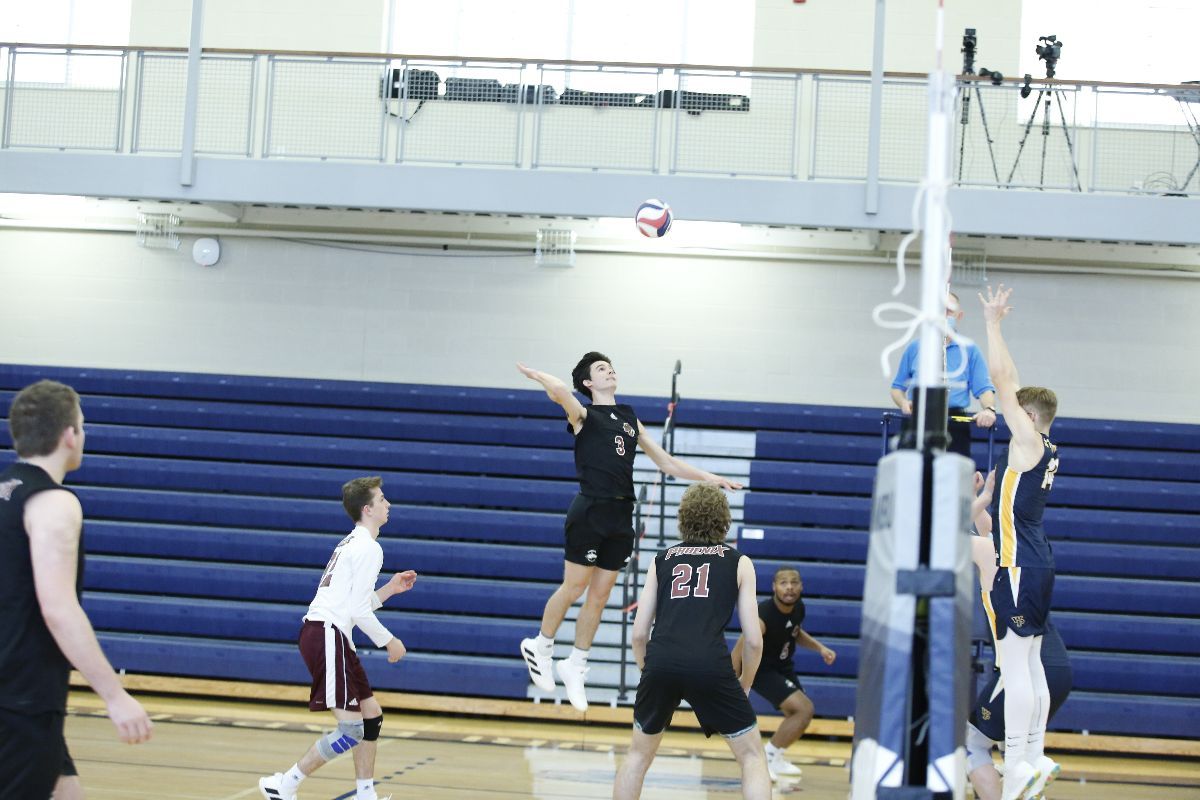 St. Louis, Mo.- The Cumberland Phoenix went 0-2 on the day as they fell to William Penn in a tight match losing 3-2, as well as losing to Missouri Baptist in three sets.

Jordan Pierce led the Phoenix in kills with 15, while Christian Lester followed behind with 14. Brian Hogg led the team in assists and digs with 38 and 11.

The start of set two was very sluggish for the Phoenix as the Statesmen were able to take a 6-3 lead due to miscommunications by the Phoenix. Multiple errors by the Statesmen and a kill by Pierce help cut the lead to 13-7. Errors on both sides of the court resulted in the score to be cut down by four at 19-15. A kill by Williams Penn’s Ike Papes and Connor Muff helped the Statesmen pull out the win in set two, 25-16.

A spark lit under the Phoenix offense as they jumped to a 7-3 start coming from a pair of kills by Lester and a solo by Codville Rogers all assisted by Hogg. The Statesmen began to rally back as they were able to tie the game at 12 due to a pair of kills by Papes and a kill by Charlie Figy. Multiple errors by both teams resulted in a close game as they remained tied at 20. A pair of kills by Sturzoiu and Lester brought the Phoenix victory in set three, 25-22.

The start of set five was very back-and-forth as the game was quickly tied at seven. The Phoenix tried to take the go ahead lead but came up short due to a pair of errors. William Penn was able to connect all the pieces together in the final points to win over the Phoenix, 15-11.

Jordan Pierce led the Phoenix in kills and digs with nine and nine, while Brian Hogg led the team in assists with 17.

The start of set two was filled with errors by both teams, resulting in the score to be tied up at four. The Spartans began to find some rhythm as a kill by Gabe Norsigan and Kyle Merzweiler helped them take a 12-6 lead over the Phoenix. The Phoenix were able to rally back as multiple kills by Cumberland allowed them to cut the lead down to one, with a score of 15-16. After an ace by the Spartans and three kills by Kastratovic, it allowed the Spartans to take set two with a score of 25-19.