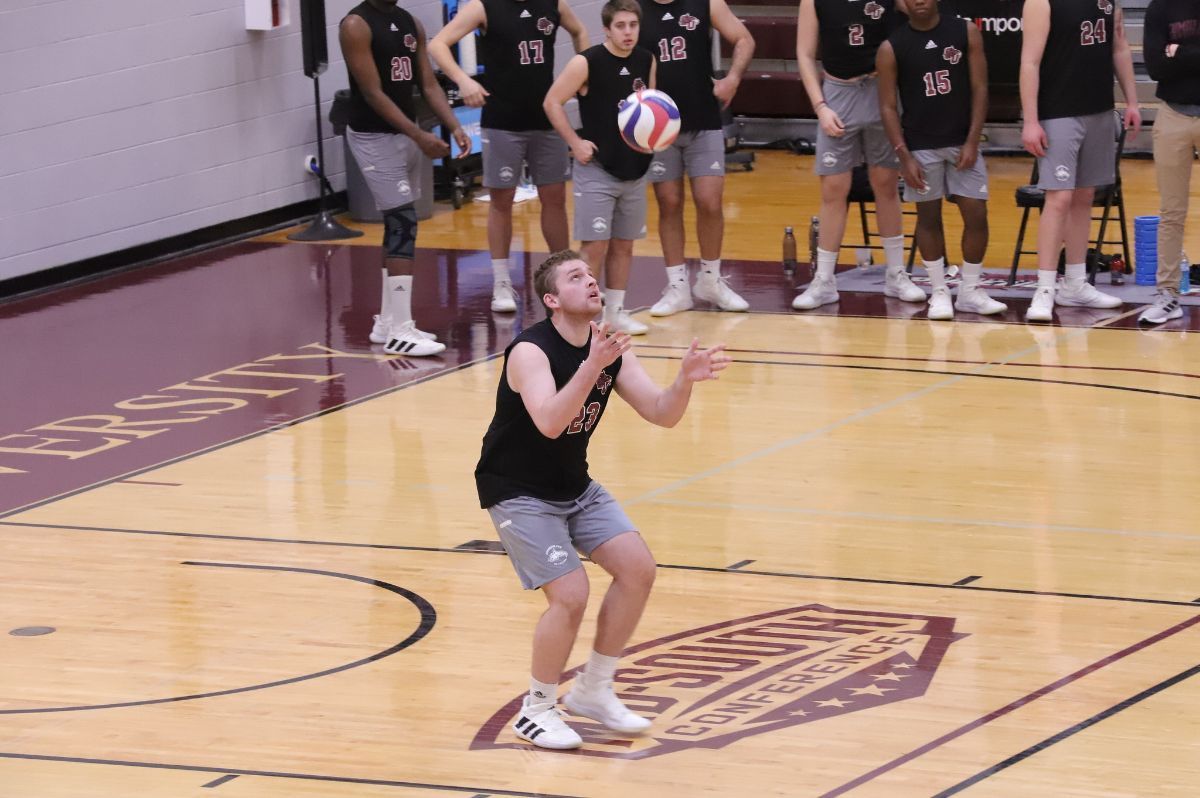 Lebanon, Tenn.- The Phoenix were able to sweep the Milligan College Buffaloes (0-0, 0-0) in the first match of the day, but fell to the Georgetown Tigers, 3-0.

Jordan Pierce led the Phoenix in kills with 12, while Christian Lester followed behind with 10. Brian Hogg led the team in assists with 34, while Caleb Ginnings led with 10 digs.

The momentum stayed with the Phoenix going into set two as they were able to jump to a 5-0 lead, coming from a solo kill by Lester, Sturzoiu, and Hogg. The Phoenix continued to find the weakness in the Buffaloes defense as newcomers Luka Ilic and Austin Smalley both recorded a kill to take a 10-3 lead. A pair of errors by the Phoenix and a kill by Milligan’s Cooper Mills cut the lead for the Buffaloes, 19-12. An ace and kill by Lester put the Phoenix at match point, an attack error by Milligan, allowed the Phoenix to take set two, 25-17.

The start of set three continued to stay in the Phoenix favor as they were able to take an early 4-1 lead, coming from a kill by Mason Chambers and a pair of Milligan errors. A kill by Milligan’s Blake Ellis and Mills was matched by Cumberland’s Codville Rogers to allow the Phoenix to keep a 10-6 lead. Continuous errors by the Milligan’s offense put the Phoenix in a comfortable position as Cumberland held a 19-11 lead. A pair of kills by Pierce and a solo by Rogers puts the Phoenix at match point. Lester was able to connect on the final kill to put the Phoenix victorious of the match, as they swept the Buffaloes, 3-0

Jordan Pierce led the Phoenix in kills with 15, while Christian Lester followed behind with 14. Brian Hogg led the team in assists with 13.

The Phoenix were able to take a quick 7-3 lead, coming from a pair of aces by Jacob Edgerley and a solo kill by Luka Ilic. An ace and kill by Georgetown’s Krzysztof Kowalski helped the Tigers cut the lead down to 14-10. A series of miscues by the Phoenix, allowed the Tigers to take a 20-16 lead. A kill and an ace by Georgetown’s Ryan Gunn was just enough to put the Tigers victorious in set one, 25-20.

The Phoenix will be back on the road to face against Midway College on Friday, February 19th in Midway, Kentucky at 1:00 P.M.