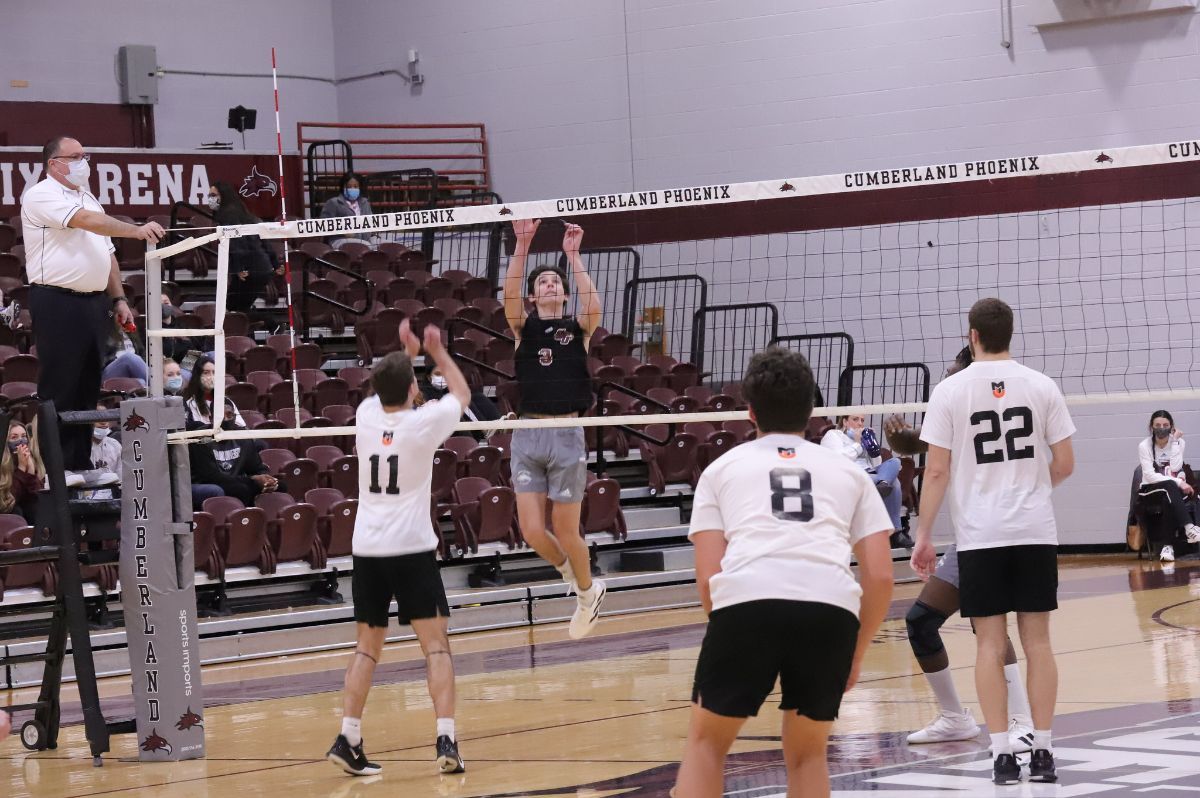 Cumberland’s Mason Chambers led the team in kills with 16, while Christian Lester followed behind with 12. Jordan Pierce played a dominant role on the offensive side as he was able to record 40 assists. Tyler Sturzoiu tallied in 13 digs for the Phoenix.

Just like the beginning of set one, set two started off very back and forth as kills by Thomas More’s Quentin Roberts and Jackson Sinnard were matched by a pair of kills by Pierce, putting the game tied at six. Attack errors by the Phoenix allowed the Saints to take a lead of 15-13. The Saints continued to find an opening in the Phoenix defense as Sinnard connected on two kills putting the Saints ahead, 22-18. The Phoenix tried to take advantage of errors by the Saints, but Thomas More’s Jan Nunez-Gonzalez was able to connect on the final kill to win the set, 25-21.

The Phoenix were not backing down as they jumped to a 4-1 lead, coming from a pair of kills by Chambers and a solo kill by Lester. Cumberland continued to dominate the floor as an ace by Pierce and another pair of kills by Chambers, keeping the Phoenix ahead 12-7. Pierce was able to set up perfect assists for Lester and Smalley kills to take a 21-13 lead. An error by the Saints and a kill by Cumberlands Austin Runyard, puts the Phoenix ahead in set three, 25-16.

The start of set four was in the Phoenix favor, as they were able to go on a 4-0 run, jumping to a 6-3 lead. Continuous errors by the Saints, allowed the Phoenix to increase their lead to 13-8. A kill by Pierce and Chambers sparked a run for the Phoenix, putting the score at 21-18. A final kill by Lester, and an error by the Saints, put the Phoenix victorious of the match, winning 3-1.

The Phoenix will continue on the road as they will travel to Marietta, Georgia to face Webber International and Reinhardt University, on Friday, February 26th at Noon and 3 P.M.