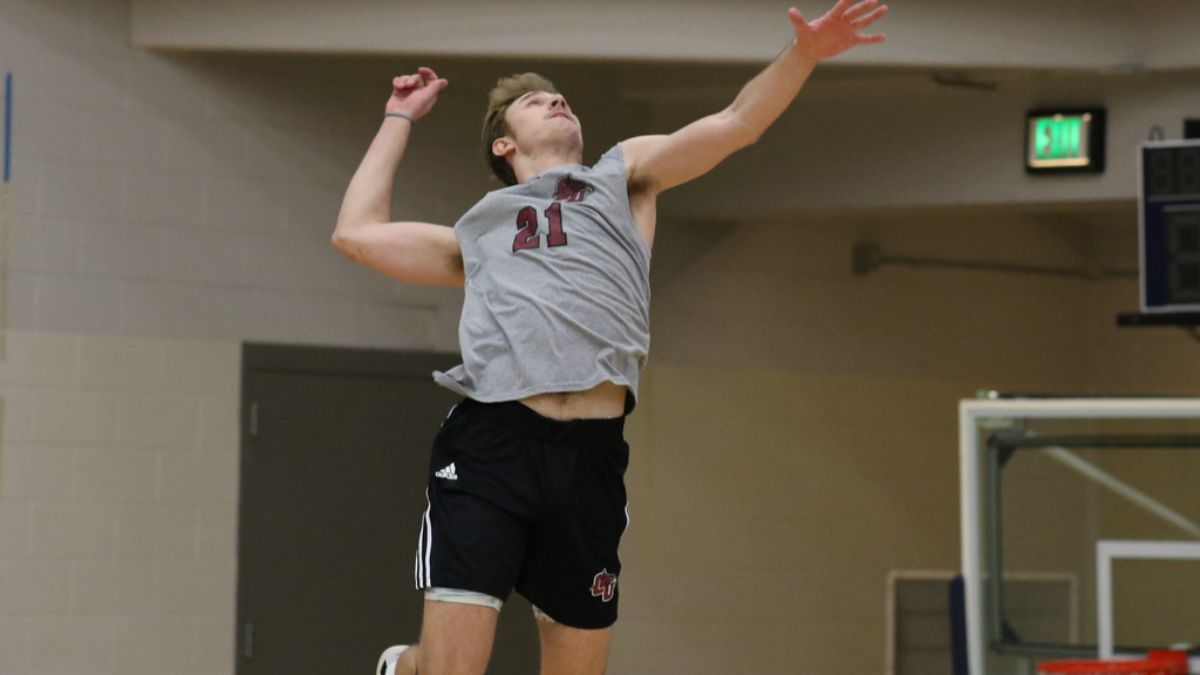 The Phoenix lost their first match of the day in straight sets to RV Aquinas. The Phoenix struggled hitting in the first match posting a .099 hit percentage. Middle Codville Rogers led the way with seven kills while newcomer Ben Douglad posted 18 assists in the loss.

In the first set, the Phoenix and Saints battled back and forth with neither side gaining an early advantage to a 10-10 match. At that point Aquinas went on a 5-0 swing to take the lead and held on without giving up the lead the rest of the set to win 25-23.

Aquinas jumped out to a large lead in the second set going on a 4-1 run and backing that up with a 5-2 run to get up big. The Saints cruised to a second set victory winning 25-16.

Tied at 7-7 in the third set, Cumberland jumped ahead with a 3-1 spurt and got up big after a 5-0 run to get up 16-10. The Phoenix held a six point lead at 18-12 before Aquinas used a pair of service aces, a couple errors by Cumberland and two kills on a 6-1 run to get right back in it. The Saints would go on to close the game on a 7-1 run and hand the Phoenix their first loss of the season.

Cumberland dropped the second game of the day to host Cornerstone in four sets. Cumberland hit better in game two notching a .149 hit percentage, but errors spoiled the match with the Golden Eagles.

Tied at 6-6 in the first set, a couple Cumberland errors allowed Cornerstone to gain a lead where the Golden Eagles held that margin to 15-13. Cornerstone tacked on three-straight from a service error and two attack erros by Cumberland to push it out to five. Cumberland closed the gap with a 3-0 a kill from Smalley and Newby and an error from Cornerstone, but couldn't catch up dropping set one, 25-22.

Trailing 3-2 in the second, CU went on a 5-0 run off kills from Lester and Smalley and three Cornerstone errors to take the lead early, but the Golden Eagles rallied to tie it at 8-8. At 10-10, Cornerstone would go on a 5-1 spurt to take the a big 15-11, but Cumberland fought right back in the match with a 4-0 run. Cumberland would keep it at a one-point game until 18-17, but the Golden Eagles just edged out the Phoenix in the second to win the set 25-23 and take a 2-0 lead.

Cumberland picked up the first set victory of the season in the third set. Tied at 14-14, Cornerstone began to take momentum to get up by three at 20-17. Cumberland showed great resiliency trailing 22-19 closing the set on a 5-0 run to win the set and force a fourth set.

The Golden Eagles took control of the fourth set working up a four-point lead at 10-6. Cornerstone would push it out to as much as six before winning the final set 25-20.

Cumberland will finish out the season opening tournament on Saturday against Siena Heights at 10:00 a.m. and Lawrence Tech at 2:00 p.m.