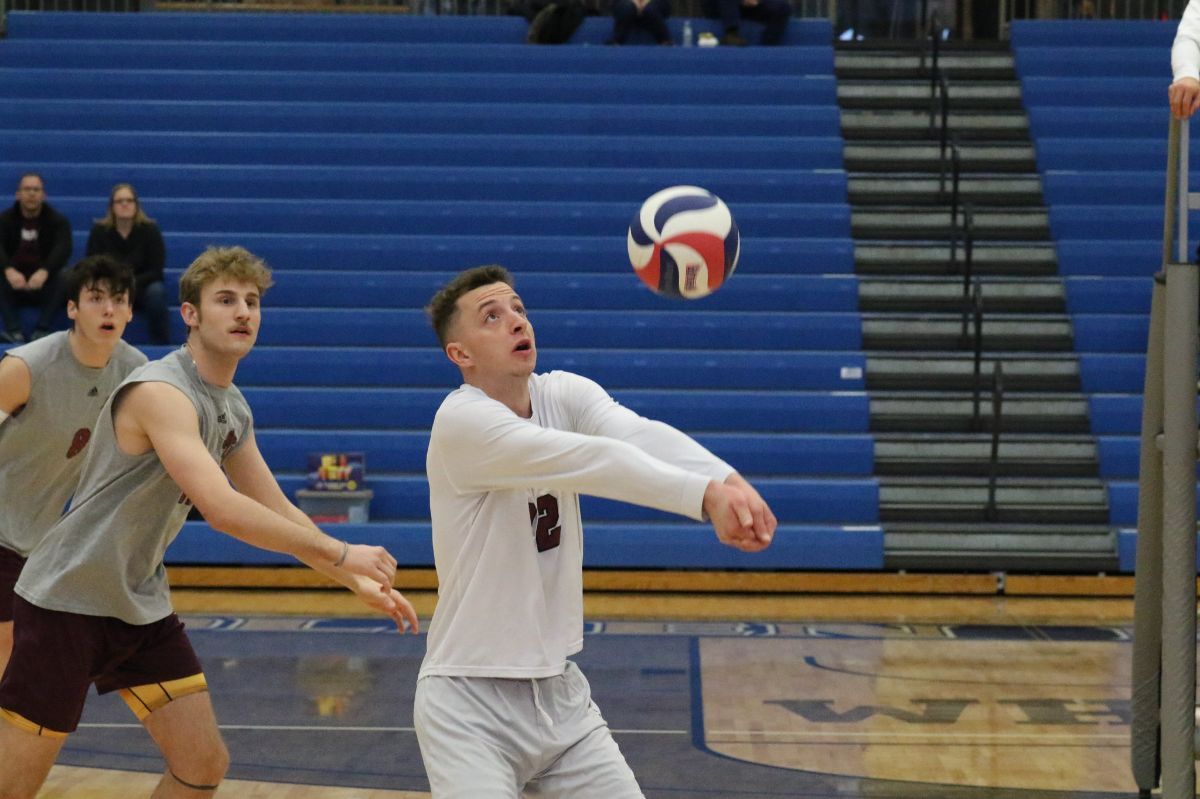 Cumberland started off set one with three kills and a service ace to help give the Phoenix an early 6-5 lead. The Saints would quickly answer by going on a 9-0 run to jump out to a commanding 14-6 lead. Ramon Matos collected four service aces in a row in the run. Siena Heights continued to extend their big lead and went on to win set one 25-13.

Set two started with good back and forth action with both teams trading kills bringing the score to 4-5 with the Phoenix trailing. Siena Heights gradually started pulling away with multiple small runs before they went on an 8-2 run to win 25-15 and take a 2-0 set lead in the match.

The Saints kept their momentum going into set three as they found themselves with an early 8-5 lead. Another 5-1 run would extend their lead further to 13-6. Rogers helped the Phoenix answer with back to back kills but ultimately the Saints would run away with the set to win 25-16.

Cumberland falls in their second game of the day in three sets to Lawrence Tech. Errors continued to bite the Phoenix as they finished the match with 25 total errors. Cumberland improved their hitting percentage from game one but they still struggled posting a hitting percentage of .011.

Douglas led the way for the Phoenix in the loss by collecting 17 assists and 13 digs. Austin Runyard provided a solid performance with a team high .278 attack percentage and eight kills.

Cumberland started set one with Runyard collecting two kills to help gain an early 3-0 lead. The Phoenix stretched their lead further to 7-3 before the Blue Devils answered with an 8-1 run to take an 11-8 lead. Three attack errors in a row by the Blue Devils helped even the match back up at 13 a piece. Unfortunately for Cumberland, Lawrence Tech answered again with a 7-1 run and eventually closed out the set to win 25-21.

Cumberland took an early 3-0 lead thanks to two kills and an attack error. The Blue Devils responded with a 5-0 run bringing them to a 7-4 lead. Errors stopped the Phoenix from taking control and ultimately helped Lawrence Tech sustain a 2-3 point lead over the course of the set. The Phoenix showed late life but could not fully get things going as they lost the final set 25-22.

Cumberland will be back in action at home Saturday, January 22nd for three matches against Milligan University, Carolina University, and Kentucky State University.