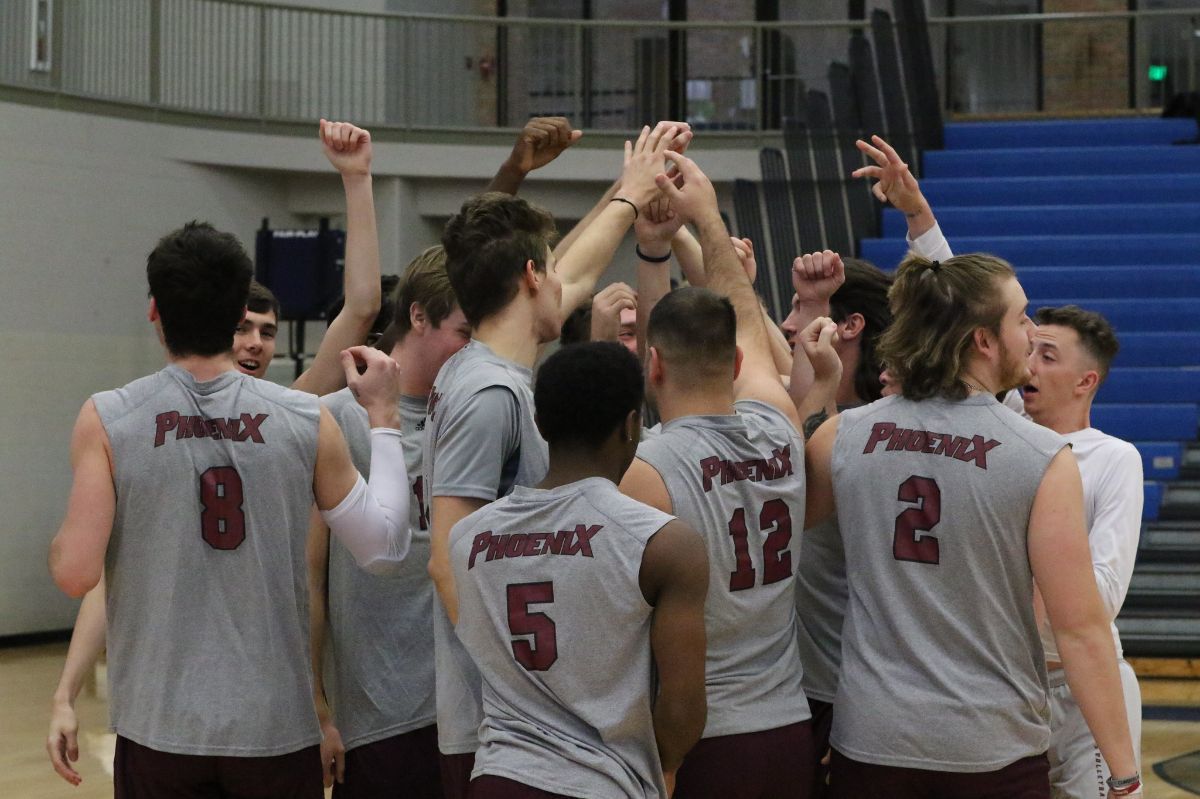 The Phoenix opened the weekend in Elgin, Ill., with a 3-1 loss to Maryville on Friday in four sets. The Saints took the first set 24-21, the second set 25-19, and the fourth set 25-17, while the Phoenix took the third set 25-22. The largest difference in the match was hitting percentage as the Saints collected a team hitting percentage of .327 compared to CU's mark of .206. Maryville narrowly edged out the Phoenix in terms of total kills 43-17.

Leading the way for the Phoenix in the match was Christian Lester as he recorded 13 kills on 31 attacks. Jordan Pierce had a solid all-around match as he tallied five kills, 28 assists, and nine digs. The overall dig leader for the team was Caleb Ginnings, with 15 in the match.

Following the loss, Cumberland had a short turnaround before playing Judson University. The Eagles topped the Phoenix in three sets after winning the first 27-25. Judson went on to take the second set 25-17 and the third set 25-21. The biggest difference in the match for the Phoenix was the high amount of errors compared to the Eagles as CU recorded ten more errors in total. Both teams were close in terms of kills as the Cumberland notched 30 compared to Judson's 34.

Lester once again led the Phoenix in kills with nine in total. Griffin Newby was the other CU player with more than five kills as he tallied six total. Pierce led the Phoenix in assists with 17, while also recording 12 digs and three kills in the match. Ginnings led the team for the second straight match with 21 digs.

Following Friday night, the team headed to Whiting, Ind., to take on the Calumet Crimson Wave on Saturday afternoon. The Phoenix fell in three sets to the Crimson wave after dropping set one 25-22, set two 25-22, and set three 25-19.

Cumberland committed fewer errors than Calumet, but could not get over the hump with a 0.68 hitting percentage. The Crimson Wave recorded a higher total of kills, topping the Phoenix 39-26 on the match.

Cumberland has the chance to bounce back next week as they are back on the court Tuesday, Feb. 1 at 5 p.m. on the road against Georgetown.