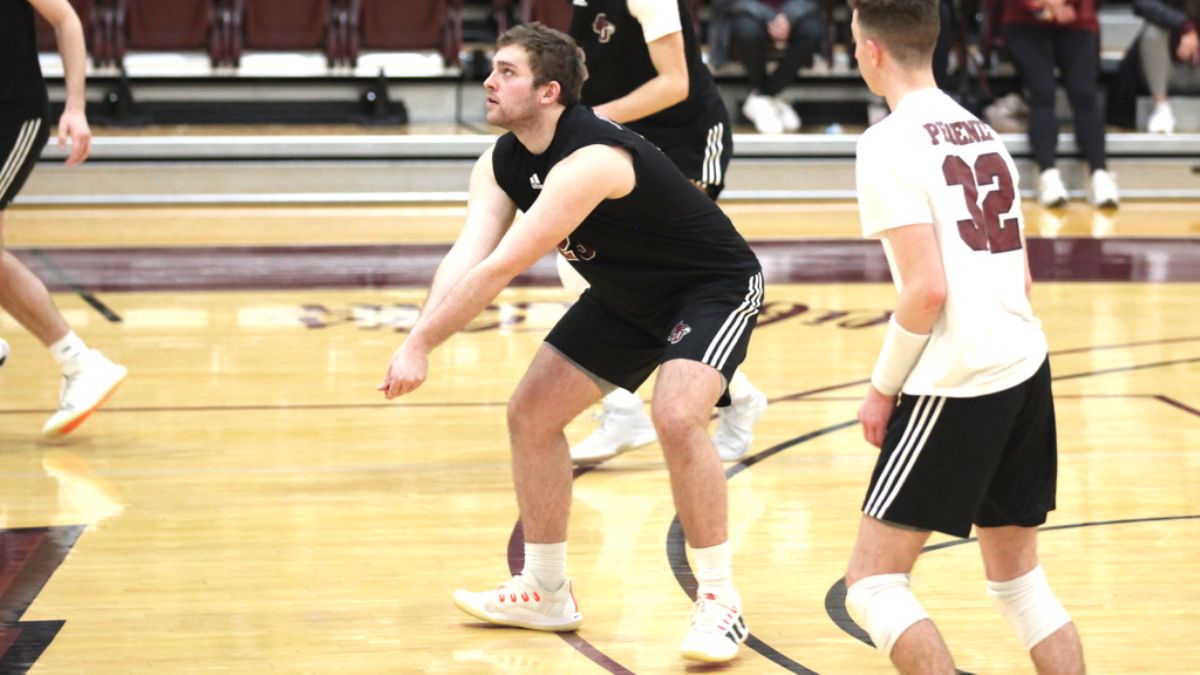 Cumberland (3-9, 0-2 MSC) had a strong attacking day posting a season-high 50 kills, but 25 attack errors negated their efforts offensively for a hit percentage of .197. A season-high service 20 service errors also hurt the Phoenix's chances as they lost each set by four points or less.

Christian Lester led the team in kills posting 15 with just two errors for a hit percentage of .464. Jordan Pierce notched a double-double with 39 assists and 10 digs. Griffen Newby had 12 kills and libero Caleb Ginnings added a team-high 11 digs.

Warner (1-2, 1-1 MSC) were led by Jeremy Torres with a game-high 17 kills and 12 digs. The Royals had a better hit percentage tham Cumberland notching a .225 percentage with just 18 attack errors.

In the first set, Warner jumped out to an 8-4 lead before four straight points by the Phoenix tied it at 8-8. Both teams battled to an 18-18 score before a 4-1 spurt by the Royals pushed them ahead 22-19. Kills by Newby and Luca Ilic ignited the late run in the first set to go along with three Warner errors for CU to take set one 25-23.

Cumberland lead in the second set all the way until Warner used a 5-2 run to tie it at 21-21. The Royals won three of the next four points to take the second set 25-23.

The Royals again jumped up 7-1 early in the fourth set and Cumberland again made a push late after being down as much as eight, 16-8, but had too big of a hole to overcome losing the fourth set, 25-22.

Cumberland will finish up the Mid-South Conference Men's Volleyball Pod tomorrow inside the Dallas Floyd Phoenix Arena against St. Andrews at 11:00 a.m. and in the pod finale against Life at 7:00 p.m.