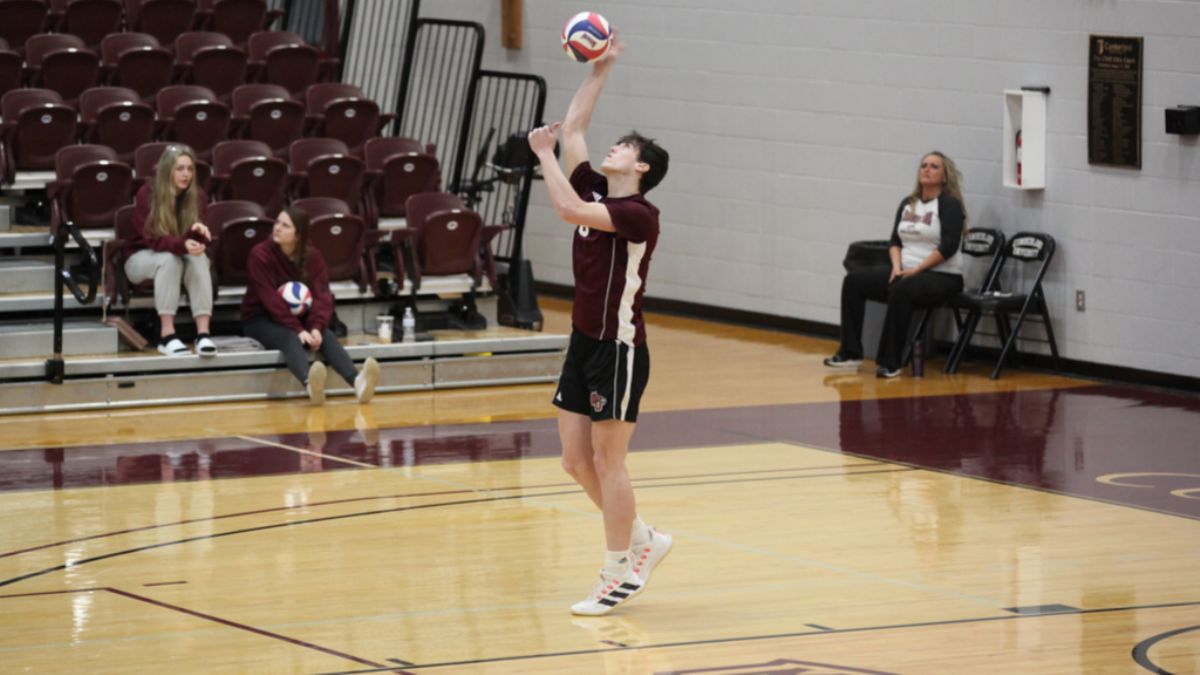 LEBANON, Tenn.--Phoenix men's volleyball dropped two matches on the final day of the Mid-South Conference Pod to go 0-3 on the weekend.

Cumberland was swept in the first game of the day against St. Andrews. Cumberland only kept it close in the second set as the Knights pulles away early in the first and third set.

The Knights scored the first four points of the second set and pushed it out to 7-3 early again. St. Andrews extended it again to a six point lead at 13-7 before Cumberland made a run to make it close. The closest the Phoenix got was trailing by three at 19-16 before St. Andrew finished the set winning 25-21 for a 2-0 lead.

Cumberland scored the first point of the third set, but a 10-2 run by St. Andrews took the life out of Cumberland early. The Knights with the momentum would finish the third set with a 25-16 lead for a 3-0 sweep.

In the first set against Life, both teams battled to a 12-12 score. After Life scored a point Cumberland went on a 5-0 run to take the momentum. A timeout by the Running Eagles slowed CU allowing Life to pick up the next two points Cumberland had a kill and a block from Luca Ilic to push it back to 19-15. Life went on a 3-0 run to get back within a point. After both team traded points Life went another 3-0 spurt to take a 22-20 lead. Cumberland got one back before an service error flipped the momentum again allowing Life to win set one, 25-21.

Cumberland grabbed an early 6-4 lead in the second. Life rattled off six straight points to go ahead 10-6. Cumberland rallied back with an 8-4 swing to tie it at 14-14. Tied at 16-16, Cumberland went on a 6-0 run for themselves to get up 22-16, but Life never quit rallying back to within four at set point 24-20. CU couldn't push across set point and the Running Eagles sent it to extra rallies where both teams would swap points until Life rattled off the final two to win 30-28 and take a 2-0 lead.

The third set was back-and-forth the entire way of the set. Cumberland jumped ahead a few points and Life would answer. Cumberland had a chance to extend the match as the Phoenix worked it to set point 24-23, but the Running Eagles answered with three striaght points to take the set and the match.

The Phoenix will be back in action on Tuesday on the road at Campbellsville at 6:00 p.m. central time.