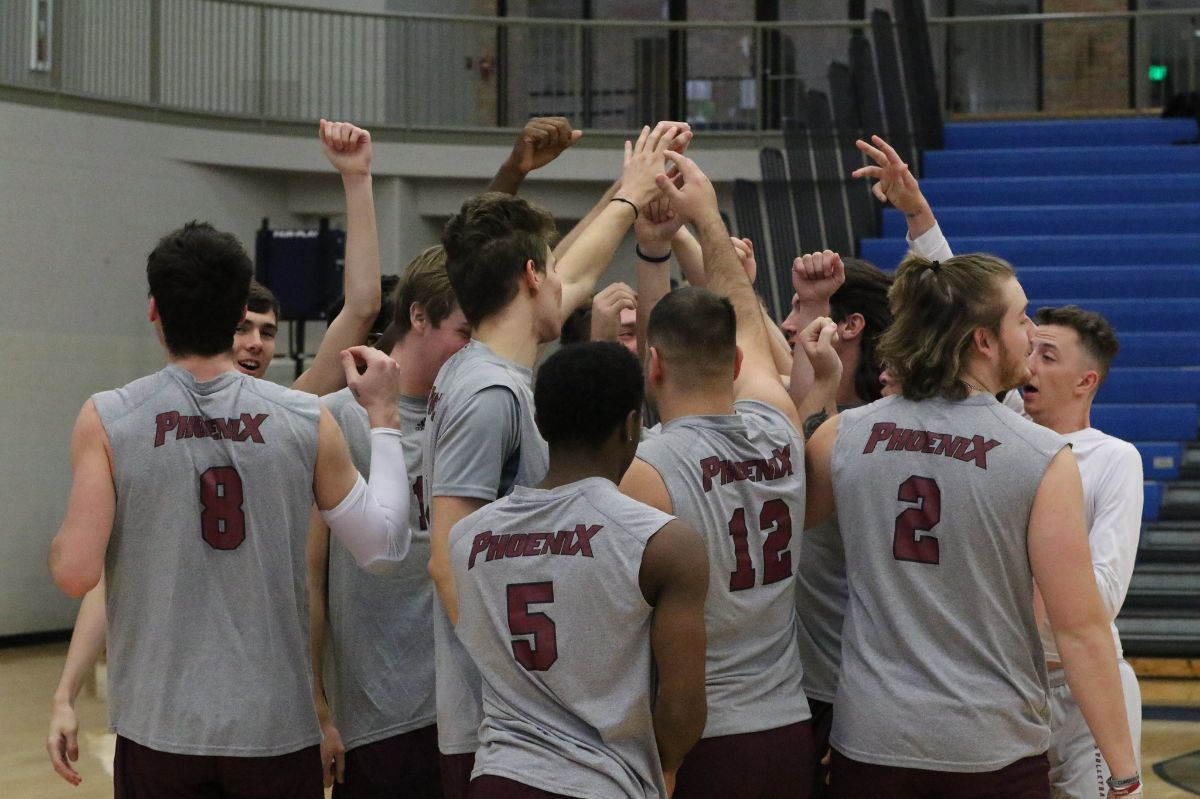 Cumberland had the momentum early as they played a dominant first set over the Tigers. The Phoenix jumped out to an 8-4 lead after a sequence that included two service aces from Christian Lester. Campbellsville crept back into the match to trail 15-14, but from that point on the match was all Cumberland as the Phoenix went on a 10-2 run to win the set 25-17.

The Phoenix held onto that momentum well into the second set as they led 6-2 after the first eight points. The Tigers came back in the set to eventually take the lead 10-8. Cumberland hung around and scored back-to-back points to trail 17-16 after a kill by Luka Ilic. Cumberland was down to Campbellsville 24-22 late in the second set, but the Phoenix rallied and went on a 4-0 run to take set two 26-24. Three of the last four points were attack errors by the Tigers.

The Phoenix continued the trend of early leads in the third set as they went up 8-5 over the Tigers. The two teams battled back and forth before Campbellsville came back to tie the set up at 17-17. Cumberland made it interesting at the end but dropped the third set 25-23. The fourth set started off with a much more balanced performance between each team as they were tied up at 10-10 at the 20-point mark. Campbellsville went on a 15-8 run after gaining some momentum to win 25-18 after some sharp play down the stretch.

Tied up 2-2 in the series, Cumberland played some excellent volleyball in the final set of the game. The Phoenix trailed 5-3 after the first eight points in the set. Cumberland rallied as a team and rattled off a 7-1 run to claim a 10-6 lead. Errors by the Tigers, forced by the excellent serving of Luka Ilic put pressure on Campbellsville. Cumberland was able to hold on as an attack error by Campbellsville gave the Phoenix a 15-11 set victory. The 3-2 win over RV Campbellsville gives Cumberland their first win over a receiving votes team this season and their first-ever program victory over the Tigers.

Jordan Pierce led the way for the Phoenix with an all around performance collecting 29 assists, five digs, and three kills. Luka Ilic recorded a team high 13 kills and Caleb Ginnings collected a team high 21 digs.

Cumberland is back on the court tomorrow at home against Midway College at 6 p.m.