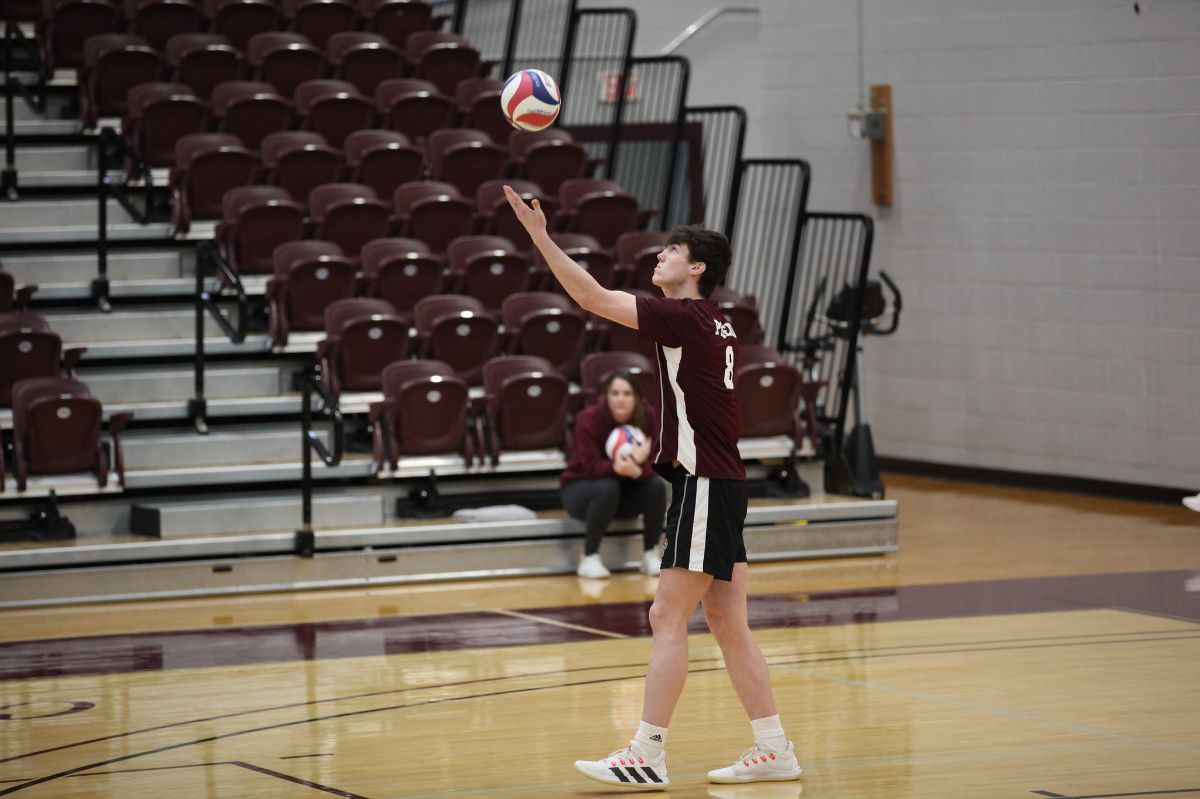 LEBANON, Tenn.-- Cumberland Men's Volleyball (5-11, 2-4 MSC) had an excellent night on at attack, leading to a 3-0 sweep over Midway College (5-4, 2-4 MSC). The 3-0 sweep was the second win in a row for the Phoenix after sweeping RV Campbellsville on Tuesday night.

Cumberland and Midway opened the match with a very close first set. The two teams were knotted up at 8-8 after the first sixteen points. The teams traded points back and forth until Cumberland trailed 21-20. Jordan Pierce and Austin Smiley put up back-to-back kills, giving the Phoenix a 22-21 advantage. CU took the first set 26-24 after an attack error by Midway. The Phoenix had the better attack as they finished with a .400 hit percentage, but service errors plagued them as they had eight in the set.

The second set was a lot better on the Phoenix end as they opened up with a 6-1 lead. The serving of Tyler Sturzoiu made it hard for Midway to gain any momentum to start the set. After two straight kills by Luka Ilic and Jordan Pierce, The Phoenix went up 12-3 in the early going. Midway went on a bit of a run to trail 14-9 to the Phoenix, but CU managed to close out the set 25-19.

Cumberland continued their dominant play into the third set as some great play in the opening sequence of the match gave them a 5-2 lead. Christian Lester had a solid run as the server as he collected a service ace and a kill that had CU up 8-4. As the set went on, Cumberland had two straight attacks that ended with heavy spikes from Codville Rogers and Christian Lester, resulting in a Midway timeout. Cumberland continued to hold a five-point lead over the Eagles throughout the rest of the set. After a kill from Griffen Newby ended it, Cumberland took the third set 25-20 and the match 3-0 over Midway.

The Phoenix had a tremendous match in terms of kills as they had 48 over three sets compared to the 27 of Midway. CU also boasted a .389 attack percentage on the match, recording only 13 attack errors in total. Cumberland also recorded more digs than Midway by a total of 28-27 on the night.

Luka Ilic and Christian Lester led the Phoenix in kills with 11 and ten, respectively. They were followed by Griffen Newby with eight kills, although Newby had the team's highest attack percentage of .500. Caleb Ginnings led the team in digs with 13 total, while Jordan Pierce led the group in assists with 38.

The Phoenix are back on the court on the road against Rio Grande on Thursday, Feb. 24, at 4 p.m.