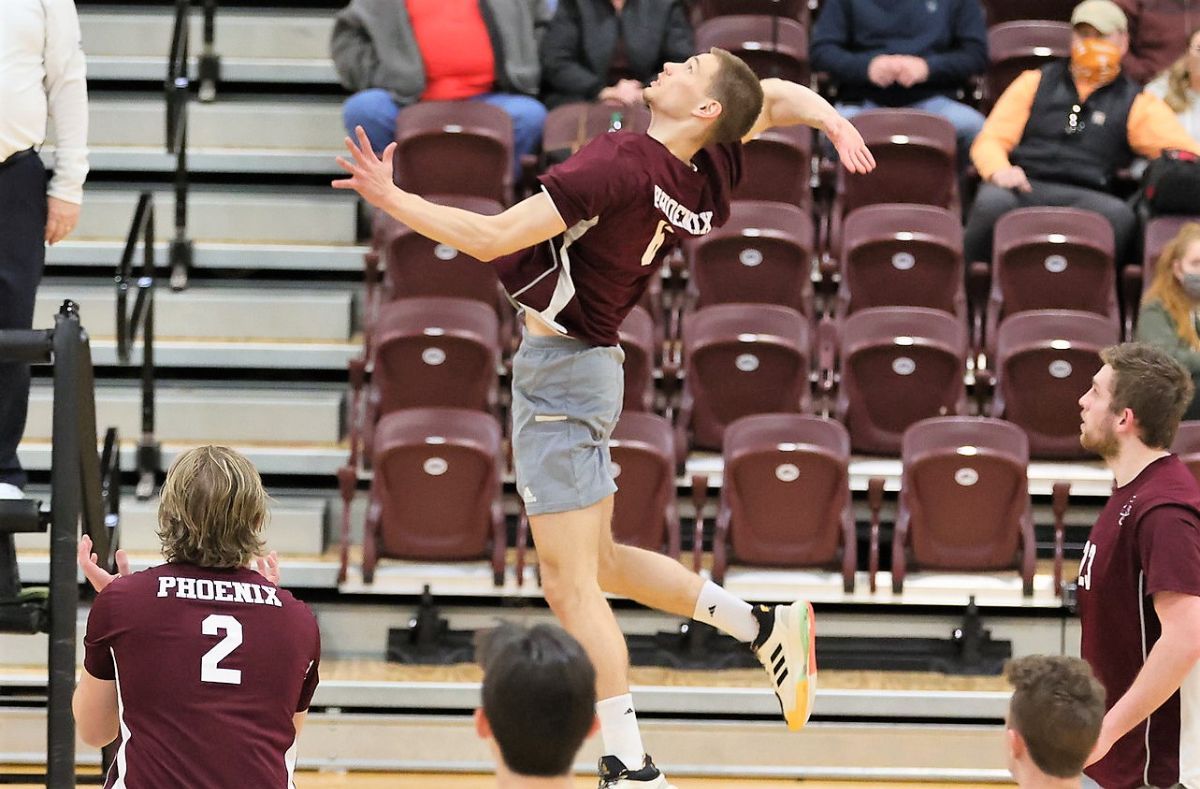 Luca Ilic led the way with a game-high 10 kills while freshman Griffin Newby notched seven. Setter Jordan Pierce had a game-high 27 assists in the win and Caleb Ginnings notched 13 digs.

Rio Grande (1-12, 0-9 MSC) struggled with errors registering a combined 39 errors in the match.

In the first set, Cumberland jumped out to a 4-1 lead and quickly extended that to 8-3. A 3-0 run by the Red Storm brought it back to a two point game, but Cumberland answered to push it back out to five at 12-7. The Phoenix used a 4-1 run to get by as much as seven at 16-9, but Rio Grande came storming back with a 5-1 run to cut it to three at 17-14. Cumberland again quickly pushed it back to a five point game and extended it to six winning the first set 25-19.

The second set started with back and forth action until a 4-4 tie. At that point the Phoenix went on a 6-1 run to get up by five where it would stand to 15-10. The Phoenix would dominate the last part of the second set winning the set 25-15.

Cumberland continued with the momentum in the third, jumping up 7-4. The Phoenix would quickly push that out to six and would ride that to a 25-19 third set win for the clean sweep.

The Phoenix will be on the road on Saturday at Bluefield for a tri-match with the Rams and Carolina University.