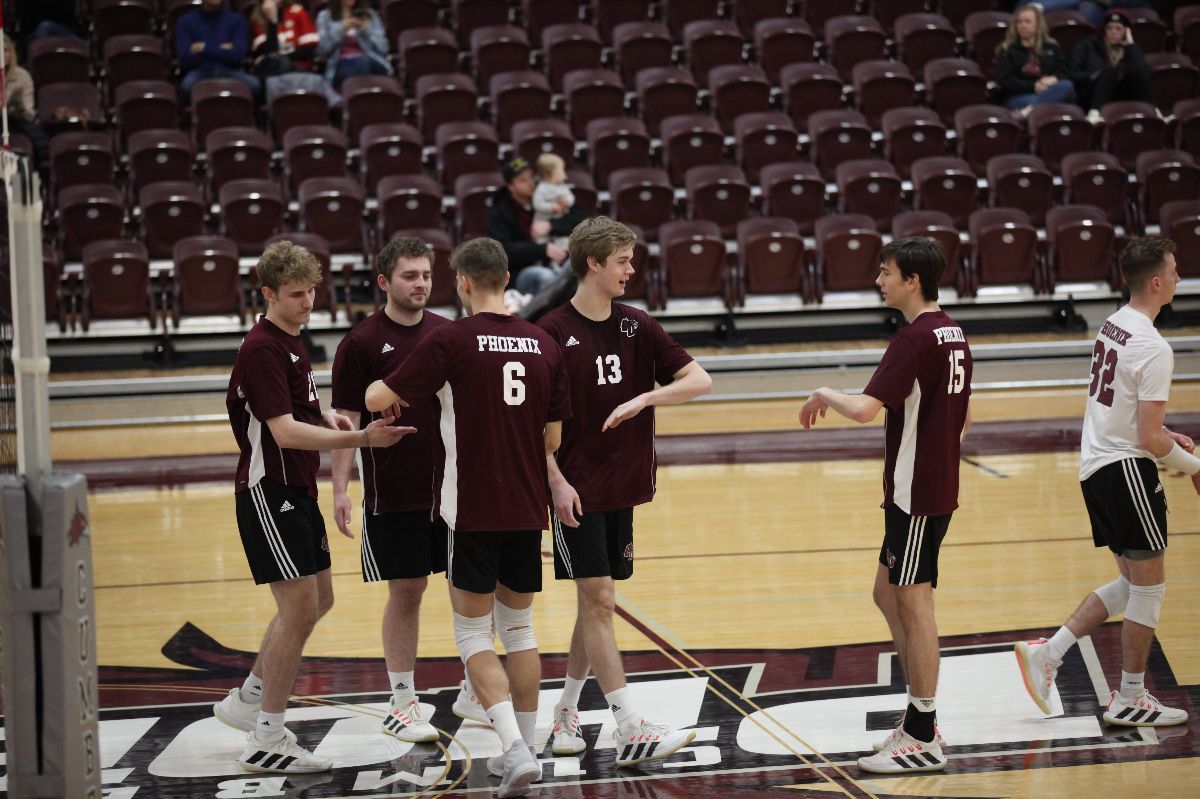 BLUEFIELD, Va.-- Cumberland Men's Volleyball (8-11, 4-4 MSC) earned back-to-back 3-0 sweeps on the road against Bluefield University and Carolina University. The Phoenix are currently on a five-match win streak after collecting their sixth and seventh 3-0 victories of the year.

The Phoenix took on the Bluefield Rams in their first match of the day. Cumberland started out with a 25-21 win over Bluefield in the first set to lead 1-0. The Phoenix followed that up with another 25-21 win in set two before finishing off the Rams with a 25-18 win in set three.

Luka Ilic had a great match for the Phoenix as he led the team with ten kills and a .364 hitting percentage. Griffen Newby and Christian Lester finished second and third on the team in terms of kills as Newby had nine kills, and Lester finished with eight. Jordan Pierce recorded a team-high 32 assists while Caleb Ginnings led the team in digs with ten.

After their victory over the Rams, the Phoenix set their sights on Carolina University for their second match of the day. Cumberland had a very impressive first set against Carolina as they took it in convincing fashion 25-16 and followed that up with a 25-22 win in the second set. CU went on to take the final set over the Bruins 25-21 and win the match 3-0. The victory is the second 3-0 sweep of the Bruins this season.

Christian Lester led the Phoenix in kills with nine while posting an attack percentage of .261. Luka Ilic and Austin Smalley both had the second-highest kill total of six across the three sets. Jordan Pierce led the team in assists in the victory, while Caleb Ginnings led the team with nine digs.

The Phoenix are back in action on the road tomorrow with two matches beginning with Milligan College at 1 p.m. and Life University at 3 p.m.