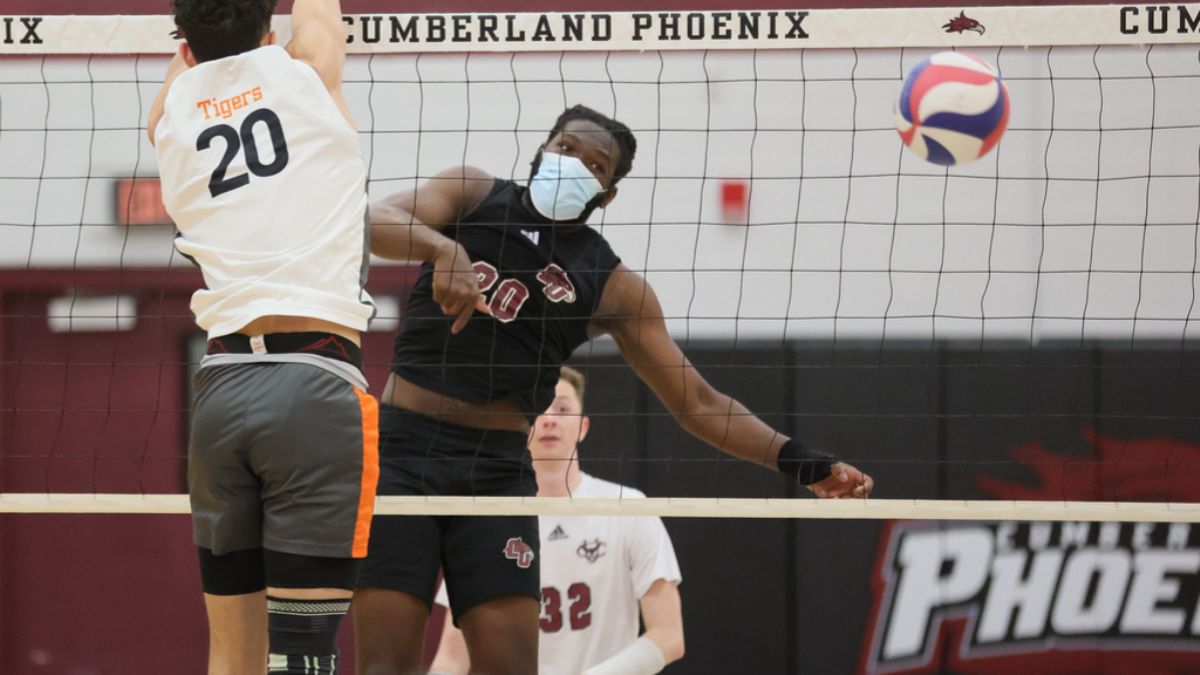 Cumberland men's volleyball defeats Thomas More for the second time in three days to get to .500 on the season for the first time all year. Cumberland has won four straight and 10 of their last 12 contests.

Cumberland (13-13, 6-5 MSC) came out swinging this game notching 59 kills as a team with a .221 hit percentage. The Phoenix did a great job defensively posting 62 team digs with seven blocks and holding the Saints to a .143 hit percentage.

Cumberland libero Caleb Ginnings has surpassed 300 digs on the season with 24 today and has claimed the most digs in the NAIA for the time being. Jordan Pierce had himself another double-double with 49 assists and 10 digs himself.

Tied at 7-7 again in the second set, Thomas More went on a 3-0 run and were able to push out to a five point lead at 15-10 forcing CU into a timeout. A 3-1 run for Thomas More out of that timeout pushed it out to seven at 18-11 and Thomas More was ready to pull away. Trailing 20-14, CU went on a 5-1 run to make it a one point game. A kill by the Saints stopped it for just a second and then a big 6-1 run with kills by Rogers, Tyler Sturzoiu, and Lester allowed CU to steal the second set 25-23.

Thomas More pulled away from a 9-9 tie in the third with a 5-0 run and pushed out to a five-point lead at 21-16, but again the Phoenix came charging back. A 4-0 run with two kills from Lester and one kill from Newby made it a one-point game. The Saints went on a 3-2 sput from their to face set point and Cumberland used a kill by Lester and an attack error to tie it. Cumberland used a 2-0 spurt to give themselves an opportunity to close the match in three, but a service error gave it back to the Saints. Thomas More would close it out and win the third set 30-28.

The Phoenix have a long road stretch this week and next week starting at RV Campbellsville tomorrow at 6:00 p.m. central time. Cumberland upset the Tigers earlier this season at home.