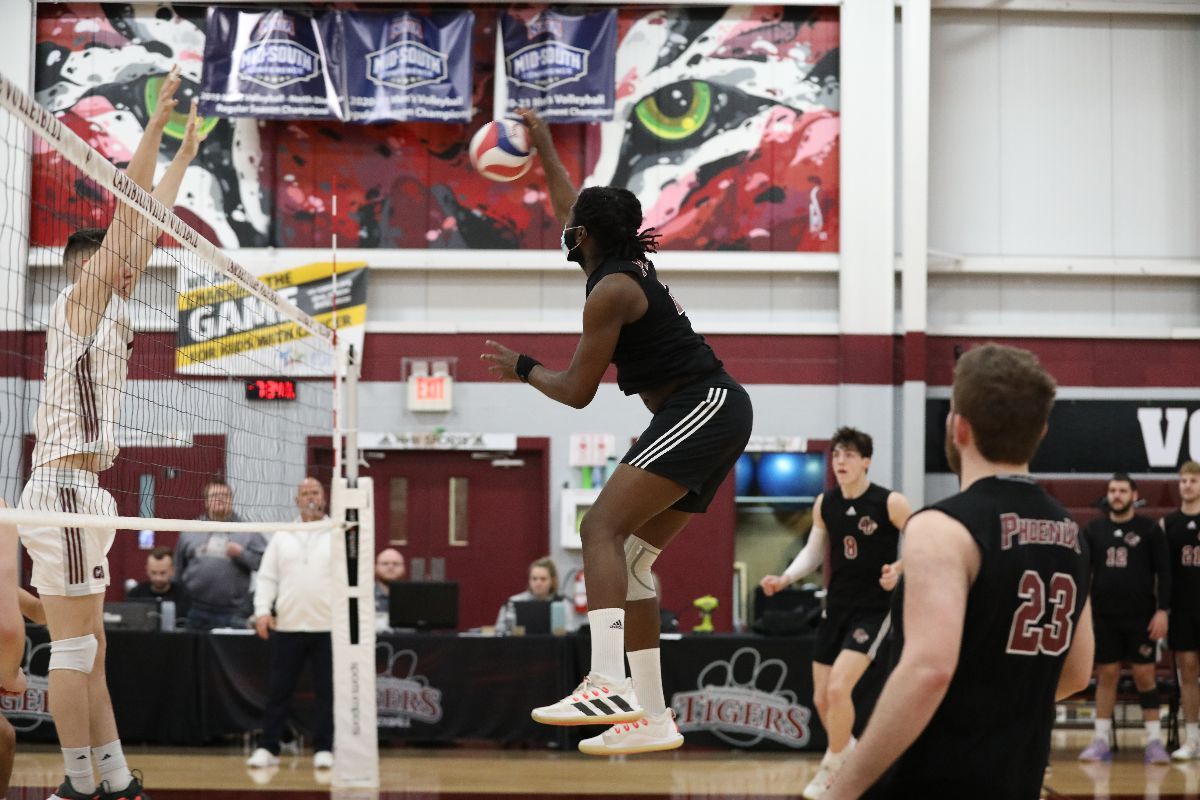 The Phoenix fell behind early in the second set down 5-2 after a combination of attack errors. It was tough sledding from then on due to Campbellsville holding a five-point lead through the majority of the rest of the set. The Phoenix dropped set two 25-19.

Set three did not yield a good start for the Phoenix as the team trailed 11-2 after the first 13 points. Campbellsville went on to win the set by 11 points at 25-14 over Cumberland.

The Phoenix showed signs of life in the fourth set as they led 5-3 early. The Tigers found some momentum and tied the score up at 9-9. The Phoenix kept it tied until the 17-16 mark, where the Tigers grabbed hold of the set and the match. The Phoenix drooped the third set 25-20 and the match 3-1.

Cumberland ended the night with a hitting percentage of .125 compared to Campbellsville's .288. The Tigers also outkilled the Phoenix 48-42 on the day. While the Phoenix led the way in digs, the Tigers recorded a match-high 15.5 blocks.

Individually for the Phoenix, Luka Ilic and Codville Rogers led the way with ten kills each. Rogers boasted the best attack percentage on the team with a .467. Jordan Pierce led the Phoenix in assists with 25 while also leading the team with 11 digs.

Cumberland men's volleyball stays on the road for their next match as they take on Lawrence Tech and Midway College from Midway, Ky. on Thursday, Mar., 10.