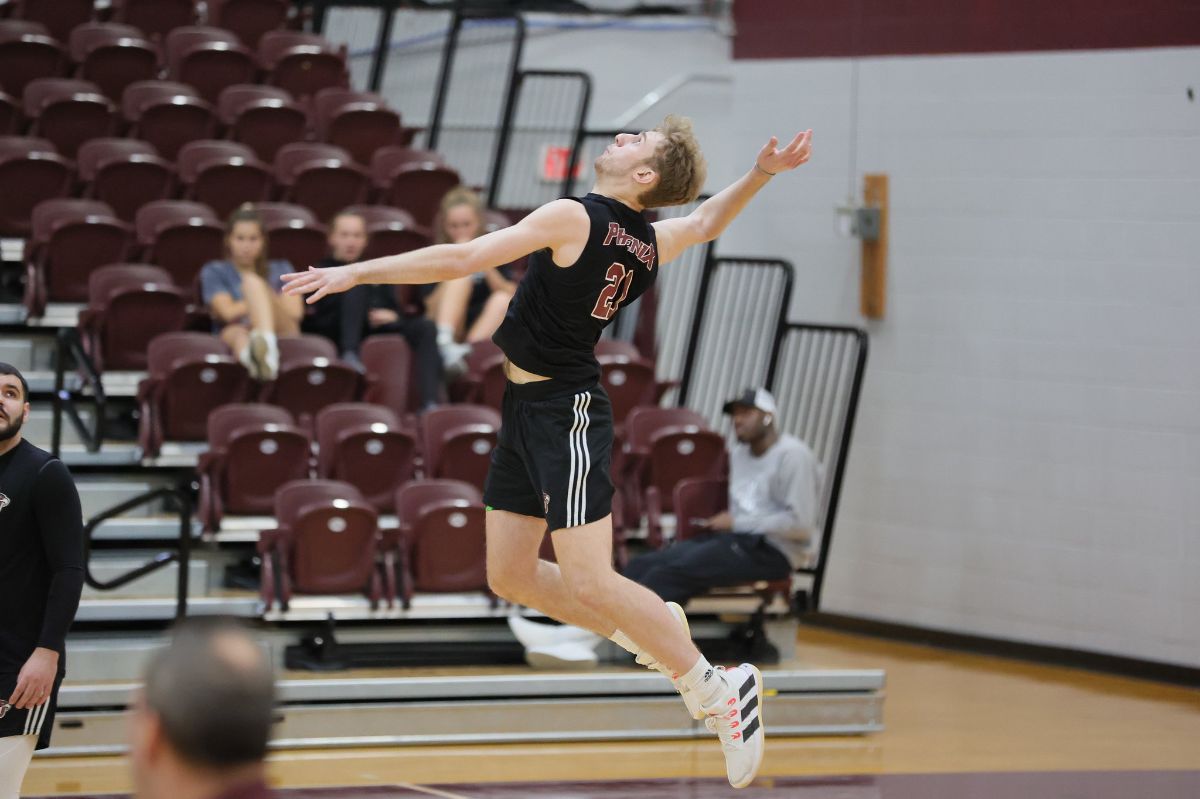 Cumberland (15-14, 7-6 MSC) started the day with a big conference sweep over Midway and capped it with a four set win over Lawrence Tech.

Christian Lester and Codville Rogers had big days notching double-digit kills in both matches. Lester had 28 kills on the day and Rogers notched 26. Austin Smalley had a big match in game two posting a season-high 13 kills.

Tied 9-9 in the first set against Midway the Eagles capitalized on two Cumberland errors to go on a 3-0 run to get up 12-9. The Phoenix answered with a big 7-0 run to deflate any energy from Midway and went on to win the set 25-19.

In the third set, Cumberland again jumped out to a five point lead. The Phoenix held that margin until 18-13. The Eagles then went on a run to bring it within two at 20-18 and held on to win the set 25-23 to sweep the Eagles.

Cumberland answered that by winning an electric, long second set. There were no more than two point runs the whole set until Cumberland scored the last three points to win the set 32-30.

From that point, all the momentum was fliiped to the Phoenix. Cumberland jumped out to a five point lead quick and pushed it out to a double digit lead winning 25-17.

The fourth set, Lawrnece Tech went up 5-1, but Cumberland responded with a 5-0 run to get up 6-5. The Phoenix from there started to roll and went on to win the set 25-17 to get two wins on the day.

The Phoenix will have a tri-match on Saturday against No. 3 William Penn and St. Louis College of Pharmacy. Sunday's match against Maryville has been canceled.