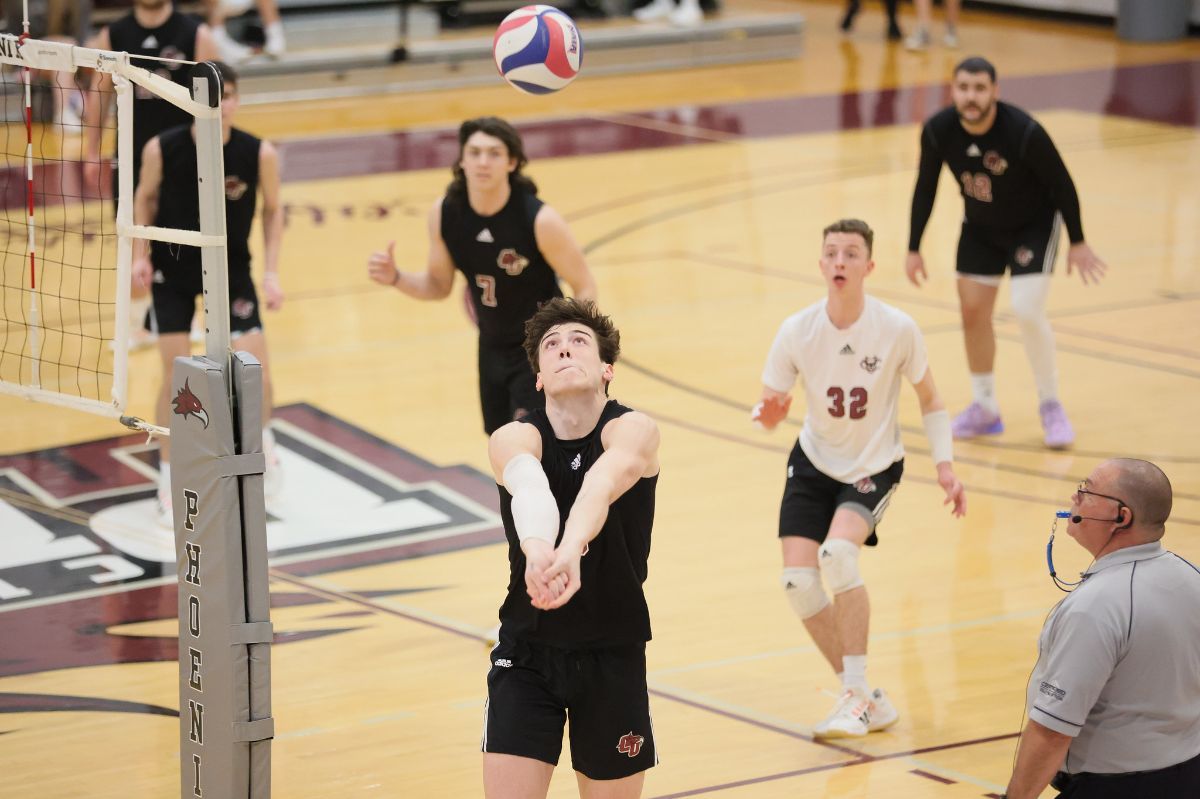 Cumberland battled early in set one only trailing 9-8. The Warriors got three points in a row on two kills and an attack error before Cumberland answered with a kill by Pierce. An 8-0 Webber run pushed their lead to 21-11 in the set. Luka Illic and Newby found late kills but the Phoenix ultimately dropped the set 25-16.

The Phoenix continued to battle throughout set two taking it to extra points but Cumberland ultimately fell 26-24 to go down 2-0 in the match.

Once again, Cumberland took set three to the wire and even found themselves with a late lead but they fell in extra points 27-25 to lose 3-0 in the match.

Cumberland will wrap up the Mid-South Conference Pod tomorrow as they take on Reinhardt University and Truett McConnell.