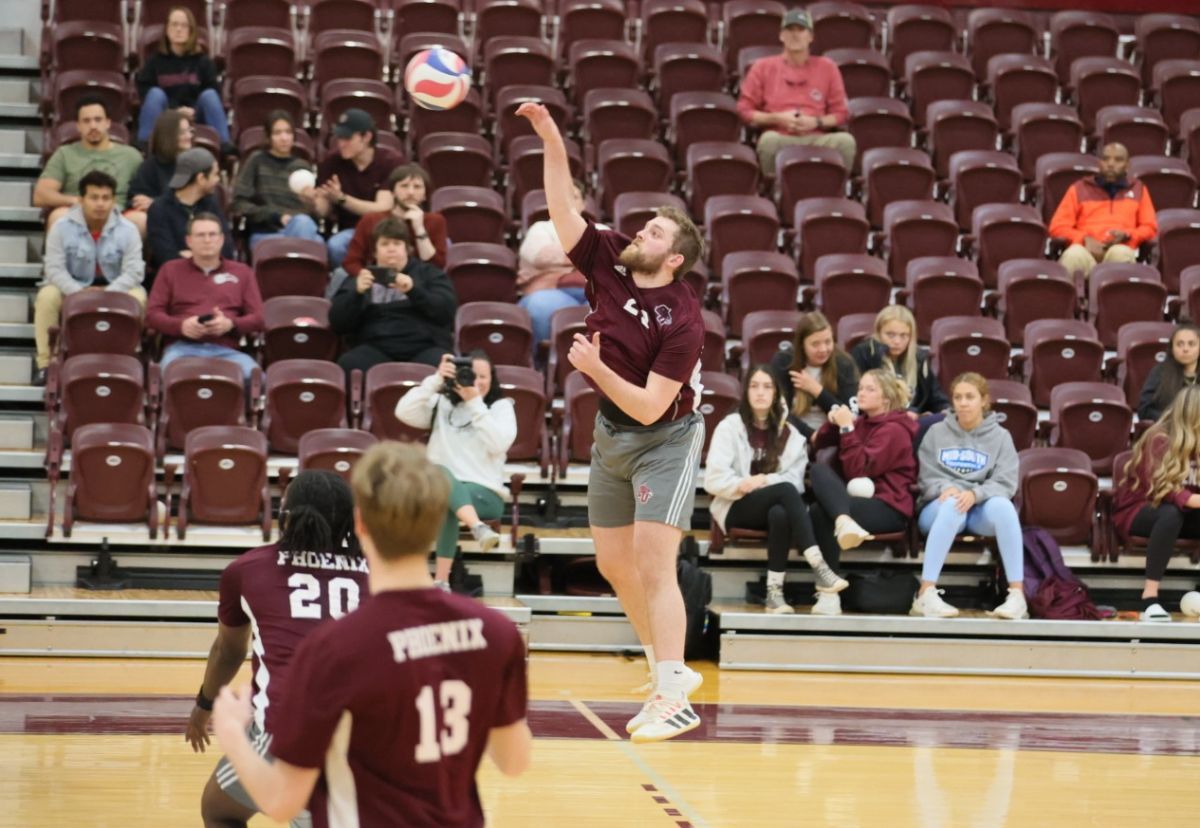 Rio Grande opened up the second set with a 4-2 lead after errors by the Phoenix. Cumberland responded well to some early adversity with a 13-6 run on the Red Storm to lead 15-10. The Phoenix continued on their run to lead the Red Storm 23-17. Tyler Sturzoiu came in and hit back-to-back service aces to win the set 25-17.

Cumberland jumped out to a 9-5 lead over Rio Grande early on in the decisive third set. The Phoenix went on an 11-4 run to lead the Red Storm 20-9. CU finished off the Red Storm 25-15 in the third and final set after an error by the Red Storm. Cumberland took the match 3-0, their 13th 3-0 sweep of the season.

Over three sets, The Phoenix recorded 32 kills as a team with a team hitting percentage of .368 compared to the 17 total kills of the Red Storm. CU also had a solid day serving the ball, recording 11 service aces total. Defensively, Cumberland finished the match with 25 total digs.

Two Phoenix ended the day with a team-leading five kills. Griffen Newby did so with an attack percentage of .500 while Christian Lester did it with a .273. Tyler Sturzoiu and Luka Ilic finished second in kills with four each. On a night where he was recognized for passing 2000 assists on his career, Jordan Pierce led the Pheonix with a 23 assists in the match. Caleb Ginnings led the team defensively with eight digs, pushing him past Fernand Morales to lead the NAIA with 409 digs on the year.

Cumberland wraps up their regular season at home Saturday afternoon with a match against Bluefield College at 1 p.m.