Phoenix MVB set to take on No. 10 Saints at MSC Tournament 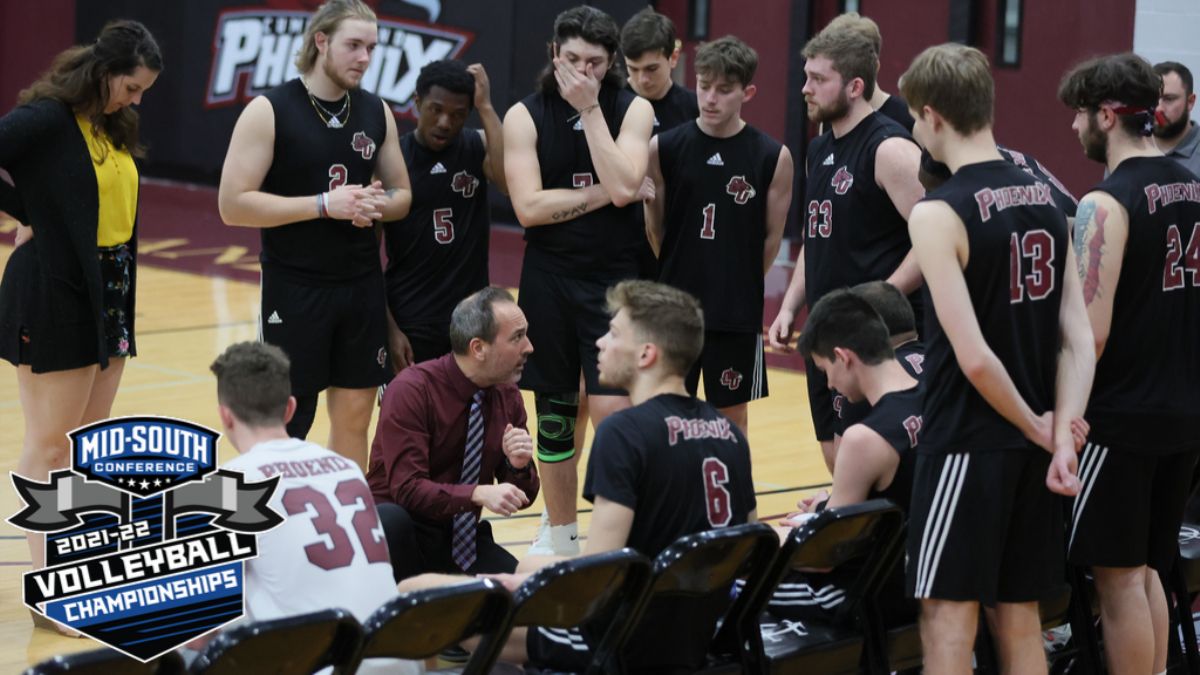 Cumberland enters the tournament as the No. 7 seed (Credit: Steve Wampler)
Related Links

LEBANON, Tenn.--  Cumberland men's volleyball earns the No. 7 seed in the Mid-South Conference tournament and will take on No. 10 Thomas More, conference officials announced on Sunday.

Seeding for the tournament is based on points from wins against teams in the two groupings in the regular season. A team gets one point for beating a team in their own grouping and two points for beating a team in the other group. Bluefield, Campbellsville, Cumberland, Georgetown, Midway, Rio Grande, and Thomas More make up one grouping. Life, St. Andrews, Truett McConnell, Warner, and Webber International make up the other grouping.

The three-day tournament begins on Thursday, March 31, and concludes with the championship match on Saturday, April 2. The tournament starts with the opening round and quarterfinals being played on Thursday at Ephram White Gym in Bowling Green, Ky. The semifinals on Friday and the championship on Saturday will take place at Bowling Green High School.

Cumberland enters the tournament after the conclusion of the best regular season in program history, where they recorded a program-best 21 wins. Two of those wins were against some of the top teams in the country, defeating RV Campbellsville 3-2 at home and knocking off No. 3 William Penn on the road, their first-ever victory against a team ranked inside the NAIA Top 15.

Each of the games will be streamed online at stfanclub.com/live/ while tickets to the event can be purchased at www.mid-southconference.org/hometown-ticketing.