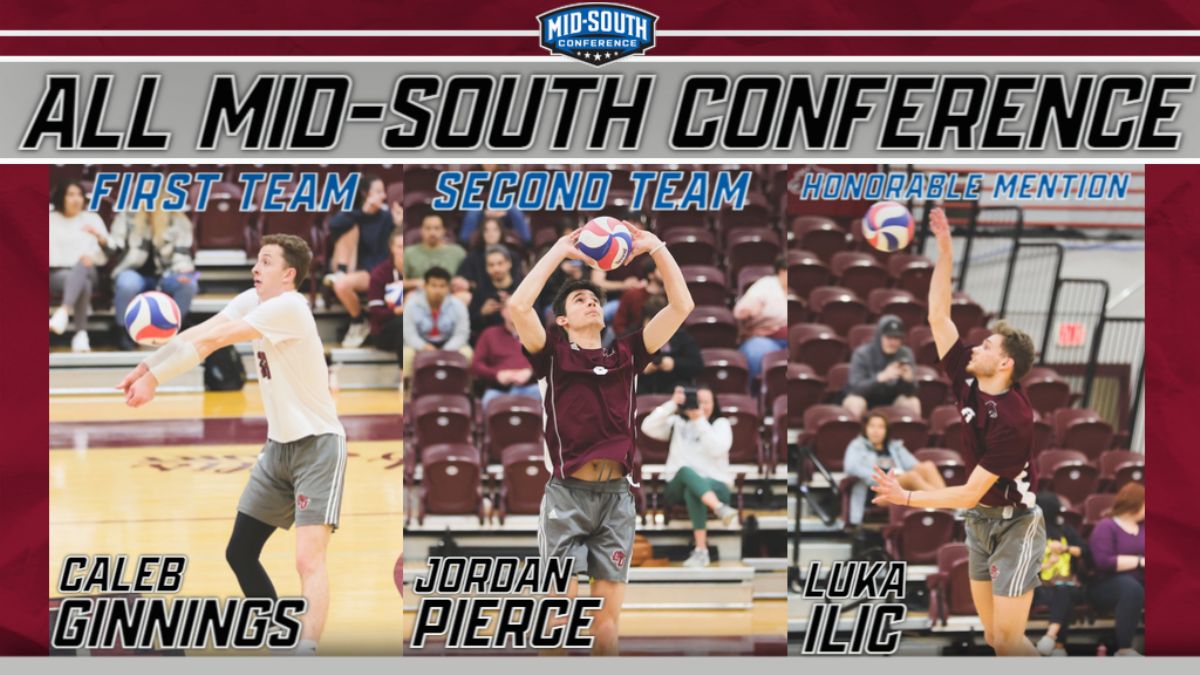 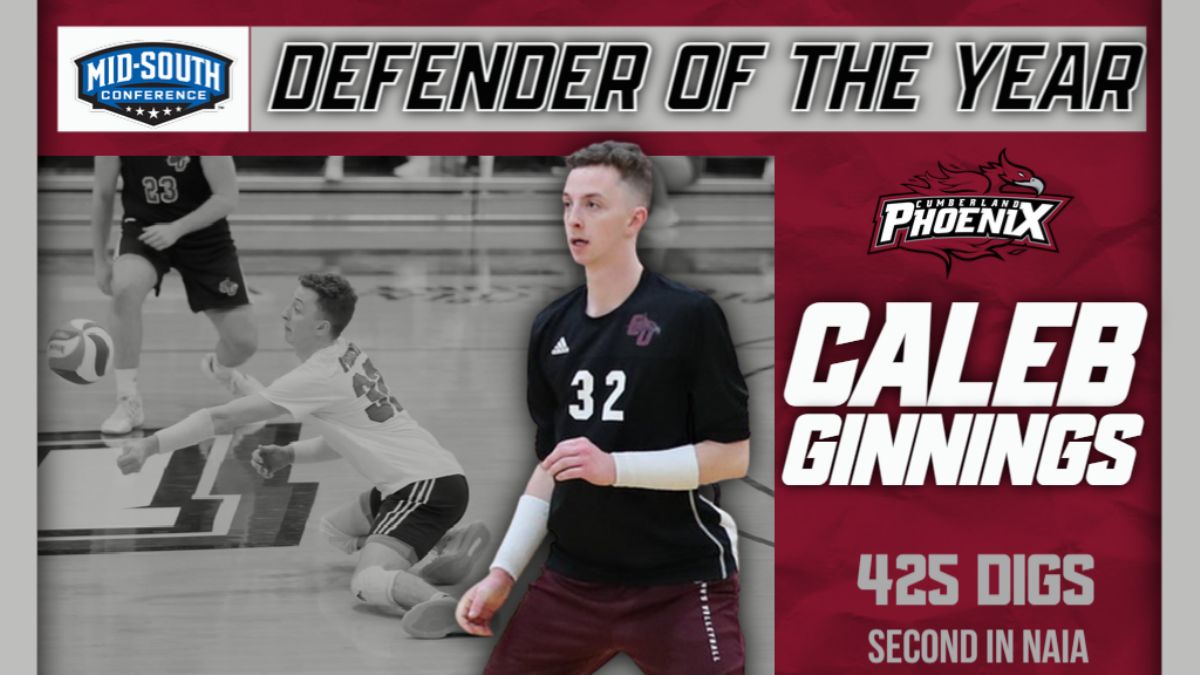 Ginnings is the first player in program history to earn the MSC Defender of the Year honors. He was also named First Team All-Mid-South Conference.

Ginnings has the second-most digs in the NAIA this season with 425, a single-season program best. He was named Mid-South Conference Defender of the Week for four consecutive weeks and earned national honors once. The four MSC weekly awards were more than anyone else in the conference in any of the categories.

He notched double-figure digs in 25 of Cumberland's 36 matches this season, five of those went for 20 or more. Ginnings posted 25 digs in the Phoenix's biggest win of the year upsetting No. 3 William Penn.

Pierce earned second team honors for the first time in his career, as he earned First Team honors in 2020 and Honorable Mention honors in 2021. He eclipsed 2,000 assists in his career earlier this season becoming the first Phoenix to reach that mark. He currently has 914 assists on the season, fifth-most in the NAIA.

Pierce has also gone over 100 kills and digs on the season. He is second on the team in digs posting 187 up to this point. He earned Mid-South Conference Setter of the Week honors one time this season.

Ilic made his way onto the Honorable Mentions list after posting 199 kills this season with 130 digs. He leads the team in service aces with 31 and has picked up 27 total blocks on the year.

Griffin Newby was recognized as a member of the Mid-South Conference Champions of Character team presented to those whom display leadership on campus and in the community while demonstrating the five core character values of the NAIA.

Jacob Edgerley, CJ Freeman, Caleb Ginnings, Luka Ilic, and Codville Rogers each were named to the Academic All-Conference Team. In order to be nominated, a student-athlete must maintain a minimum grade point average of 3.25 on a 4.0 scale and must have achieved at least sophomore academic status.

Cumberland will begin action in the Mid-South Conference Championships tomorrow as they take on Thomas More University at 2:00 p.m.