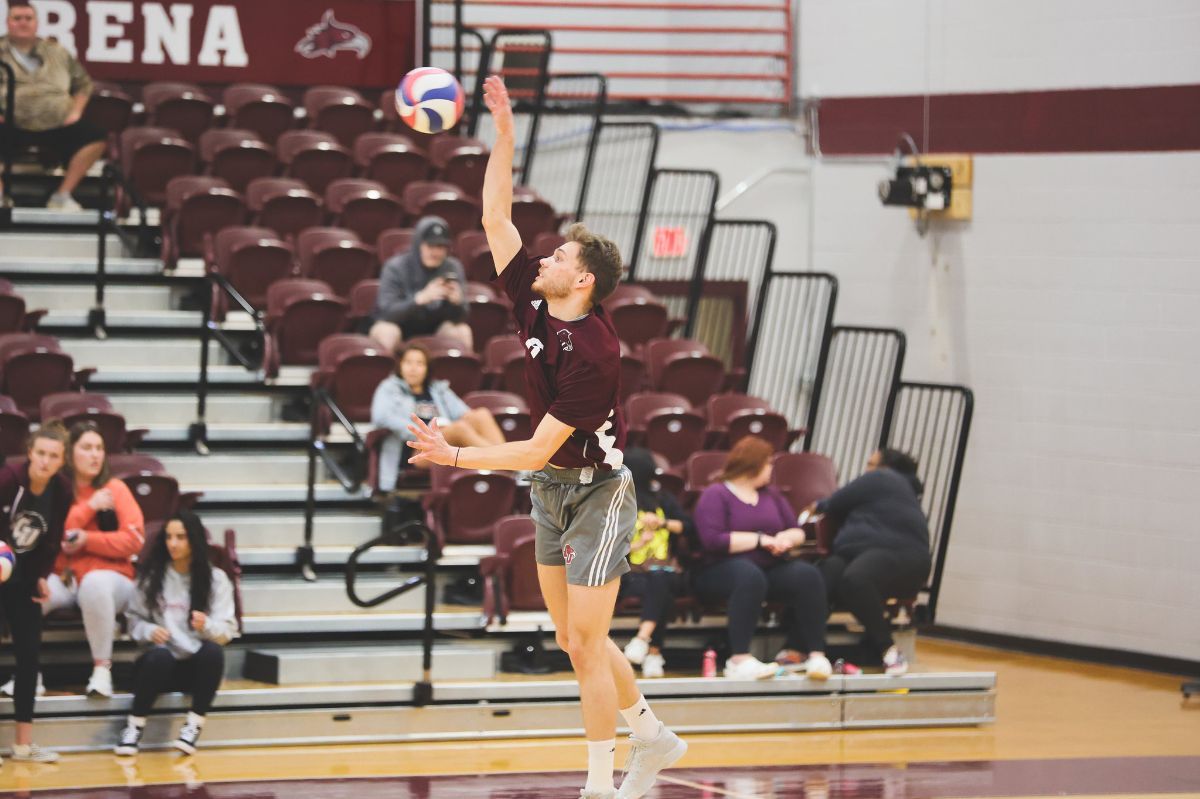 Cumberland played their best in the first set as they jumped out to a 7-3 lead over Thomas More after a kill from Jordan Pierce. The Phoenix pushed that lead to 13-8 after back-to-back attack errors by the Saints. CU managed to hold that lead for the rest of the set as they went on to win 25-18.

Thomas More responded with an early 5-3 lead over Cumberland in the second set. The Saints held the lead for a while as they led 14-11 in the middle part of the set. Cumberland kept pace with Thomas More but could not close the gap as they fell 25-22 to tie the match at 1-1.

The Saints rolled over some momentum from the second set and jumped out to a 10-6 lead in the early going. The Phoenix rallied back to trail 17-16 after a kill by Austin Smalley ignited the CU run. The Phoenix kept it close with the Saints until the 23-23 mark when the teams were all tied up. An attack error by the Phoenix sealed the set for the Saints as they won 27-25 to claim a 2-1 advantage.

The Phoenix were off and running early on in the fourth set as they coasted to an 11-6 lead early on after three straight kills from the CU attack. The Saints battled back into the set, cutting the lead to 16-13 at the midway point. Cumberland held on to that lead to win 25-21 after a kill by Smalley to tie the match up at 2-2.

The Phoenix started the fifth and final set slow as the Saints jumped out to a 5-1 lead in the early portion. Cumberland went on a run to cut the Thomas More lead to two at 7-5. The Saints finished off the final set on an 8-3 run to win the set 15-8 and the match 3-2.

In terms of team statistics, neither team played particularly well as the Saints had a .198 hitting percentage compared to Cumberland's .185. Both teams made their fair share of errors, and Cumberland led the final kill total 51-50. The Saints, however, led the way in digs with 32 compared to the Phoenix with 29.

With the loss, the Phoenix time at the conference tournament comes to an end. Cumberland will have to wait to see if they gain an at-large bid to the national tournament.