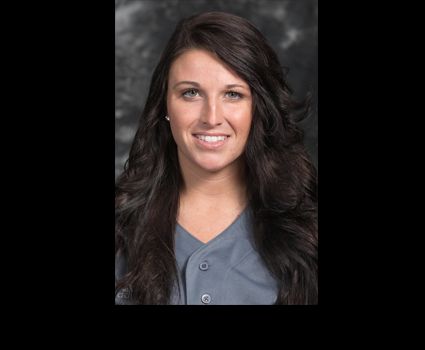 FRANKLIN SPRINGS, Ga. – Cumberland struggled early, but the bats came alive as Cumberland rallied to erase a two-run deficit in game one, and broke game two open with a seven-run fourth inning en route to a pair of victories over Emmanuel College on Tuesday at the EC Softball Field.

Freshman Kassydi Montgomery collected two hits in two plate appearances in the first game, including a solo home run in the fifth, and went 3-for-4 in the second game, scoring twice to lead the way for the Bulldogs.

CU (7-1) struggled in the early frames of the opening game, allowing two runs in the first and another in the second. The Lady Lions (2-6) opened the game with a double and a sacrifice bunt before Samantha Rao smacked a double down the left field line to score one.

The next batter reached on an error, and a putout at second base during a steal attempt turned into the second run as Rao scampered home on the throw.

Back-to-back errors put runners on second and third with no outs in the bottom of the second for Emmanuel, and the Lady Tigers scored a run one batter later on a double play to push the score to 3-0.

The Bulldogs remained blanked until the first pitch of the fifth inning. Pinch hitting, Montgomery launched the first pitch she saw over the left field wall to bring CU within two. Cumberland failed to score in the sixth, sitting just three outs from its second loss of the season.

Following a leadoff ground out and a walk, Montgomery again delivered, this time with a first-pitch double to the wall, putting runners on second and third with one away. The first run scored when the left fielder dropped a fly ball, leaving a pair of runners in scoring position and closing the gap to one.

Senior Shawnee Kirk answered the call as the next batter, with a pinch hit single up the middle that scored one, and the center fielder misplayed the ball, bringing home the go-ahead run.

The Lady Lions threatened in the bottom of the frame with a walk and a single, but senior Jessica Lozano, working in relief, shut the door to earn her third victory of the season. Lozano provided relief for starter Caroline Curran, who pitched a strong five innings, allowing just three runs and only one earned.

CU was blanked in the opening inning of game two, as well, but got on the board early in the second. With two away, Devon Jamerson drew a walk and stole second to get into scoring position. Sarah Murray followed with a walk, and Katelynn Stoll doubled home Jamerson to give the Bulldogs a 1-0 advantage.

Emmanuel College tied the game and took the lead on an RBI double and an RBI ground out in the third, but Cumberland immediately answered in the following inning.

Jamerson began the frame with a single up the middle. The next batter, Murray, quickly fell behind 0-2 in the count, but fouled off four straight pitches before teeing off on the next pitch, which landed beyond the left field wall, putting CU ahead 3-2.

With one out in the same inning, the CU bats came alive as a unit for the first time during the day. Montgomery began the rally with a double, and the next four batters would reach base. Kirk followed with a single, and Broderick added an infield hit to load the bases. One run came home when Jessica Roper reached on an error, bringing Emily Nicholson to the plate.

The redshirt senior jumped on the first pitch she saw, ripping a no-doubter over the left field fence to break the game open for good at 8-2. EC used a pair of singles and an RBI groundout to cut the deficit to five in the bottom of the inning, but Kirk delivered an RBI single in the fifth to give CU a 9-3 advantage.

After Roper homered in the sixth to make it 10-3, Cumberland again put on the rally caps, bringing four more runs home in the seventh. Kirk provided an RBI double with one away and Roper again reached on an error which scored another. Nicholson capped off the scoring for CU with a two-RBI double one batter later.

Emmanuel’s Britney Burton hit a three-run home run in the final inning, leaving the score at the eventual final of 14-6. Courtney Maynard earned her third victory on the mound, pitching five innings before giving way to Lozano, who worked the sixth and start of the seventh. Maynard re-entered to finish the game. She allowed three runs on six hits and struck out three.

Cumberland begins Mid-South Conference play with a trip to Ohio for doubleheaders against the University of Rio Grande and Shawnee State this weekend. The club with travel to Rio Grande on Friday for a double header and take on Shawnee State in a twinbill on Saturday.