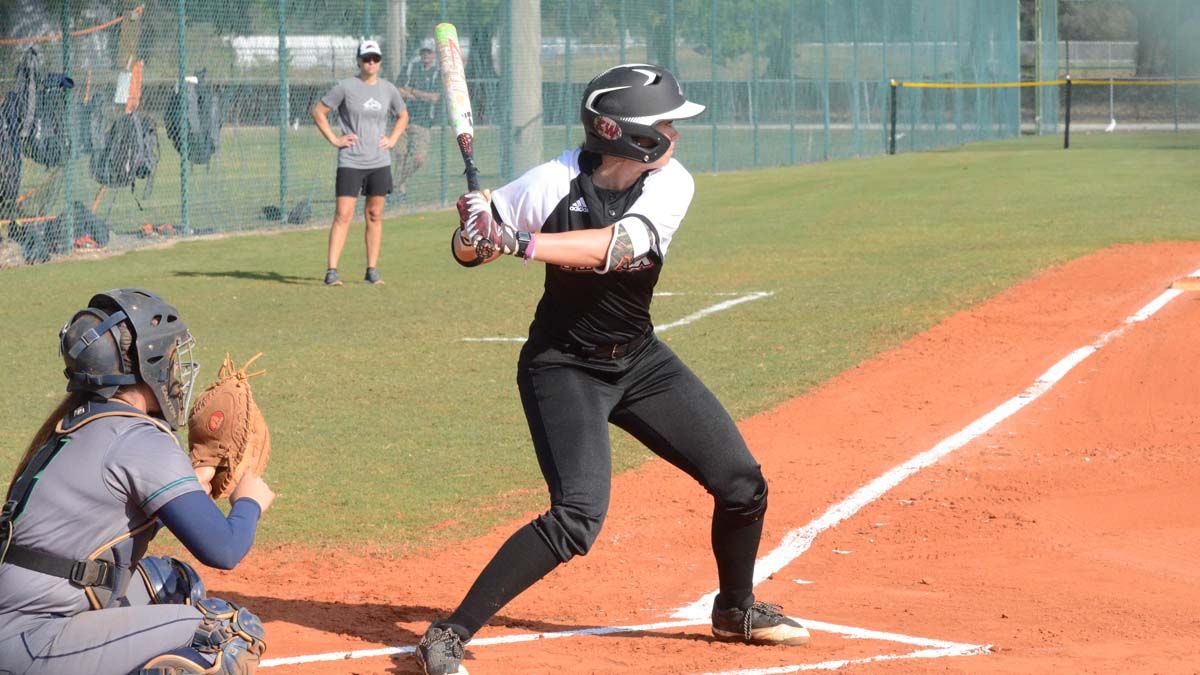 Tyra Graham recorded three hits, two runs and one RBI in a 6-5 extra inning win and freshman Courtney Miles drove in Jocelyn Hernandez in the final inning of the nightcap sending the Phoenix to a 5-4 victory against Indiana Tech on Saturday here at the CU Softball Field.

Cumberland (5-3-1) got on the board early scoring a run in the first inning, but Indiana Tech (0-8-1) responded with one in the top of the second off a home run form Hannah Foltz. Foltz collected four hits and three RBIs in the opening game

Junior transfer Kinsey Wilder pitched four innings, allowing three runs and four hits as Kaitlin Kralj pitched the next four innings with four hits and two runs. Sara Jordan came into relief in the final inning of the game and claiming her first win of the year on no hits and no runs.

The squad posted two runs in the second inning give them a 3-1 advantage. A double from Graham plated Andrea Enriquez and Graham came home on a passed ball.

Indiana Tech scored two more runs in the top of the fourth, as neither team scored over the next three innings forcing an extra-inning game. Cumberland secured their final run of the game as Enriquez was placed on second and advanced on a sacrificed bunt by Brianna Gregory. Shelby Prichards sacrifice fly to right field brought across Enriquez for the win.

Keauna Schultz’ two run homer and an RBI single by Caitlyn Walter in the third inning put the Warriors ahead 3-0 in the third inning. Freshman Allie Tomlinson did not allow a run in two innings for the Phoenix keeping them in the game.

Cumberland took advantage or errors in the fourth inning, as Tessa Tomaselli reached on an error by the third baseman, and came home on a single by Kassydi Montgomery. Smith scored the third run for CU on error by Walter.

Shelby Prichard reached first base on an error by the second baseman to start the fifth inning and Jocelyn Hernandez grounded out to Jamie Conrad, advancing Prichard to third. Prichard then stole home helping Cumberland tie the game.

Both teams scored run one in the sixth inning, but Jordan came in to relief again in the top of the sixth and finished off the game with her second win of the day, allowing one run. Hernandez doubled to left field and Tomaselli reached on a fielder’s choice, but CU’s Miles’ single up the middle plated Hernandez for the victory.

In the bottom of the first inning Graham’s single through the left side and stealing second put her in perfect scoring range. Shae Dunn sacrificed bunt advanced Graham to third. A single by Hernandez drove in Graham.

Enriquez walked in the second inning and advanced on a wild pitch, while Gregory grounded out moving Enriquez to third. A huge double by Graham brought across Enriquez and Graham stole and came home on a pass ball.

Cumberland scored two in the eighth as Tomaselli was placed on second to start and a two run homer for Miles kept the Phoenix in the game. A lone run in the ninth inning, won the game for the Phoenix.

Tori Simper took the loss for the Warriors, pitching eight innings allowing nine hits, five runs and only striking out one batter.

India Tech scored three runs in the third inning, as Kelsey Robinson reached on an error and stole second. The next batter struck out looking but Schultz’ homer to right field put the Warriors to the advantage. Foltz got on a base from a walk and Reinhardt doubled to center field advancing Foltz to third. A base hit by Walter scored their final run of the inning.

Cumberland came back scoring two in the fourth and one in the fifth. Jordan allowed just one run scored in the sixth inning as Taylor Woodring and Enriquez both walked in the sixth. Gregory grounded out to the second baseman but scored in Woodring to tie the game at four.

The squad posted the final run in the seventh inning, Prichard singled to left field and Hernandez double to right field moved Prichard to third. Tomaselli reached on a fielder’s choice, as Prichard for out on the play. Miles’ single sent home Hernandez, to win the second game of the day.

Cumberland returns to the field tomorrow for a doubleheader at noon to host Midway University.