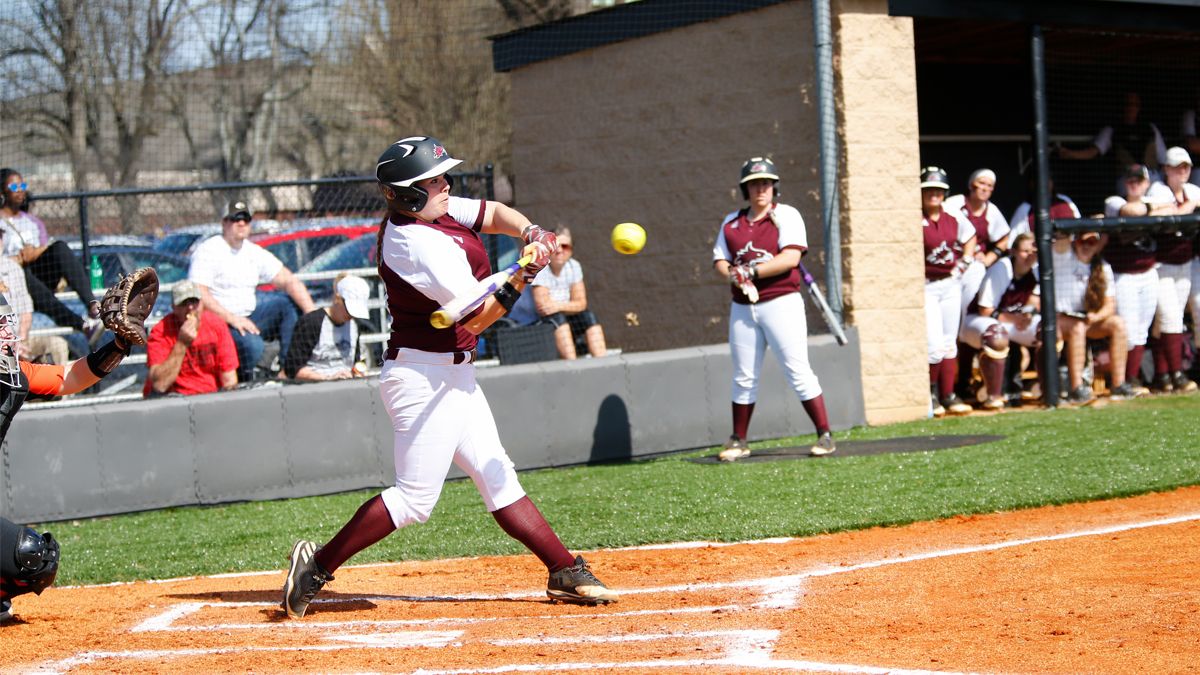 NASHVILLE, Tenn. – Jocelyn Hernandez recorded four hits and drove in two runs for the Phoenix but Trevecca’s Kat Burbrink’s solo home run in the bottom of the seventh secured a 7-6 victory in the opener and the Trojans scored four runs in the second and five runs in the third inning en route to a 11-2 win in the nightcap on Thursday night in Nashville, Tenn.

Trevecca (7-6) started off the scoring early as Caitlyn Hudgins reached on an error and scoring in MaKray Odom. In the bottom of the second Bailey Alexander’s single to right center plated Kaitlin Crumpler. Dallas Richards base hit brought home Odom for her second run of the day to give TNU a 3-0 lead.

At the top of the third Kassydi Montgomery singled to center field, advancing Shae Dunn to third and Shelby Prichard scored on the play. A huge double by Jocelyn Hernandez in the fourth inning brought home another run for the squad pulling them within one, 3-2.

The Trojans scored two runs in the bottom of the fourth and one in the fifth giving them a 6-2 advantage.

A single by Hernandez drove in one run in the seventh inning. A double by Courtney Miles to deep right center drove in two runs, and the third scored on the throw, tying the game for the Phoenix at six.

A solo homer in the bottom of the seventh inning for Burbrink led the Trojans to a 7-6 victory.

Taylor Green picked up her first win of the season for the Trojans allowing just two runs.

Neither team scored in the opening inning of the nightcap but the Trojans took advantage in the second inning scoring four runs.

Cumberland scored just one run in the top of the third off of a sacrifice fly by Tessa Tomaselli, scoring in Prichard.

TNU scored five runs in the bottom of the third inning extending their lead by 8, 9-1.

Montgomery hit her first home run of the year in the top of the fourth inning to make the score 9-2 but Crumpler’s second home run of the day ending the game in just five innings, 11-2.

Alexa Snyder (2-2) pitched 2.1 innings for the squad, allowing nine runs, striking out two batters and walking four while Sara Jordan came into relief in the final one and a half innings allowing just two runs.

Odom’s double to center field started off the bottom of the first for Trevecca and Richard’s sacrificed bunt advanced Odom to third. Hudgin’s reached on a fielding error, scoring in Odom on the play. M Collins single to right field moved Hudgin’s to second base but Burbrink was thrown out at first for the final out of the inning.

In the bottom of the second Crumpler doubled to right center and Alexander’s base hit to right center plated Crumpler helping the Trojans take a 2-0 lead. A huge play by Kralj as D Tyron lied out to her and Kralj threw out Reid at first.

Richards singled down the middle scoring in Odom for Treveccas final run of the inning.

Cumberland scored one run in the top of the third. Prichard’s single was followed by a sacrificed bunt by Hernandez helping Prichard advance to second.

Miles popped up to the second baseman and the Dunn walked. With runners at first and second Montgomery singled to center field scoring in Prichard to pull the Phoenix within two, 3-1.

In the top of the fourth Brianna Gregory single up the middle started Cumberland off. Tyra Graham then got out on a batter’s interference, but Prichard drew a walk moving Gregory to second. A double by Hernandez to right center field scored in Gregory helping the squad trail by one, 3-2.

Alexander double down the left field line and Odom singled down the left side helping Alexander advance on the play. Odom then stole second putting her in scoring position. A single by Richards was all the Trojans needed, scoring in both Alexander and Odom to take a 5-2 lead.

Wilder came in to pitch in the sixth inning and the Trojan’s first batter, Alexander singled to right center to get on base. Danielle Tyson’s base hit helped Alexander take second and Odom’s bunt loaded the bases.

Hudgins then reached on a fielder’s choice but Alexander was thrown out at home. Alex Richardson then walked, and Tyson scored the sixth run for the Trojans.

Cumberland had their best inning of the game in the top of the seventh, and Hoppenjans started it off with a single to left center. Hollie Kepley came in to pinch hit for Brittany Rasmussen and she then walked, which Rasmussen re-entered back into the game and Hoppenjans advanced to second.

Prichard then singled to right field, loading the bases for Cumberland. Hernandez’ base hit drove in Hoppenjans. Miles’ 3 RBI double drove in Prichard and Rasmussen and Hernandez came home on the throw to knot the score at six.

Burbrink’s solo home run off the first pitch of Wilder in the bottom of the seventh sent the Trojans to a 7-6 win.

Trevecca scored four runs in the bottom of the second inning as Collins walked to start the inning off. A Stowe’s bunt advanced Collins to second. Burbrink then doubled down the right field line scoring in Colline’s and Crumpler crushed a 2 RBI home run to left center to take the lead, 4-0.

Cumberland scored one run in the third inning, as Hernandez singled down the right side advancing Prichard to second. Hernandez and Prichard both advanced on a wild pitch and Miles walked. With bases loaded, Tomaselli flied out to center filed plating Prichard.

Collins walked to open up the bottom of the third for the Trojans and advanced to second on a wild pitch. Stowe’s single up the middle moved Collins to third. Stowe stole second and on the throw, Collins stole home.

Burbrink’s single down the middle brought across Stowe to put the Trojans ahead, 6-1. Crumpler singled to center field and Burbrink moved to second. Birchfield reached on an error by Snyder loading the bases for the Trojans.

Odom then walked scoring in the seventh run for Trevecca and a two RBI single made the score, 9-1.

Montomgery’s homer to left center gave the Phoenix their final run of the game. Before a two RBI home run by Crumpler, her second of the day, ended the game in five innings for the Phoenix, 11-2.

The Phoenix are back in action tomorrow to take on Bryan College for a doubleheader beginning at noon here at the CU Softball Field.