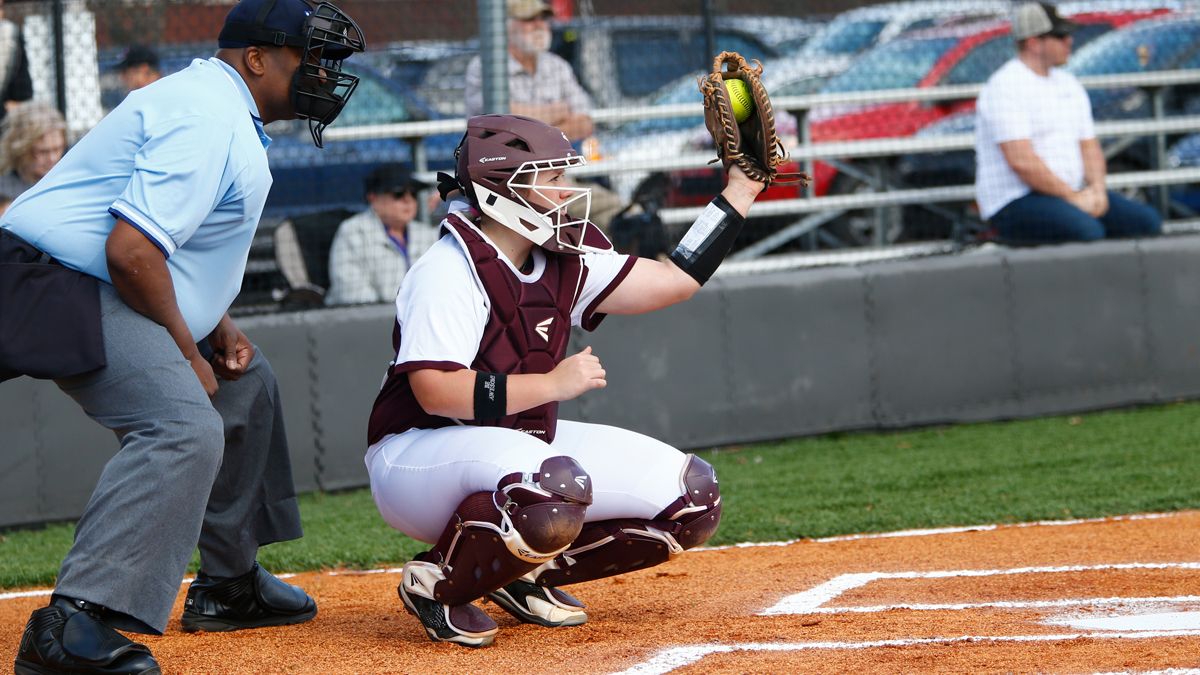 LEBANON, Tenn. – Courtney Miles collected a three RBI home run and Kassydi Montgomery recorded a two RBI homer in the opener and Cumberland scored nine runs in the second and third innings combined, posting a 6-2 and 11-3 win over Bryan College on Friday here at the CU Softball Field.

Miles hit her fourth home run of the season to put the Phoenix ahead by three early. Montgomery followed with a homer scoring in Tomaselli to take a 6-0 lead. Tyra Graham’s single drove in Prichard on the play for Cumberland’s final run of the inning and the game.

Heidi Smith’s solo homer for Bryan College pulled the Lions within four, 6-1 in the top of the third and a single by Marissa Murray in the top of the sixth plated Courtney Petty but it wasn’t enough as the Phoenix picked up the 6-2 win.

Alexa Snyder (3-2) pitched three innings for the Phoenix allowing just one run, four hits and striking out two. Sydney West (0-5) took the loss for the Lions, allowing six runs, five hits and one walk in one inning.

Bryan College scored one run in the top of the first as Becca Zimmerman got thrown out on a fielder’s choice but Smith scored. Cumberland responded in the bottom of the inning off a Miles single which drove in Graham.

Cumberland then had two huge innings, scoring four runs in the second and five in the third. Brianna Gregory’s single scored home Gianna Abatti and a perfectly placed bunt by Shae Dunn advanced her to first and brought across Prichard to take a 3-1 lead.

Jocelyn Hernandez ripped a single down the middle driving home two more runs to extend the Phoenix lead, 5-1 at the end of the second.

The Lions scored two runs in the third inning pulling them within 2, 5-3.

Gregory’s RBI single in the bottom of the sixth was all Cumberland needed, ending the game early in an 11-3 success.

Sara Jordan (3-2) picked up the victory for the squad, allowing just three runs, three earned and six hits while striking out two batters in six innings. Bryan College’s Courtney Petty (3-3) took the loss, on 10 runs, 10 hits and no strike outs.

Graham flied out to center field to start the lineup for CU, but Dunn came up and singled to left center. Hollie Kepley pinch ran for Dunn and Hernandez reached on an error by Ashley Brown as Kepley adnvacned to second on the play.

Miles ripped a homer to right center field scoring in both Kepley and Hernandez to take an 3-0 advantage. Tomaselli’s base hit was followed by Montgomery’s homer, to put the Phoenix up by five. Prichard singled through the right side and Kayala Hoppenjans drew a walk putting Prichard in scoring position.

Enriquez reached on another error by Brown and both Prichard and Hoppenjans advanced on the play. Graham’s single down the middle drove Prichard for the squad’s final run of the inning, leading 6-0.

Bryan College scored a lone run in the third inning off Smith’s solo homer to left center field. The Lions tacked on one more run in the top of the sixth as Petty walked to get on base. Aubrie Osborne then reached on a fielder’s choice and Petty advanced on an error. Murray’s single to right center plated Petty for their second run.

Smith started off the top of the first in the second game of the day with a single and Petty’s sac bunt advanced Smith to second. O’shields singled to the short stop and Smith went to third. Zimmerman then got out at first but Smith scored on the play.

Graham was hit by a pitch in the bottom of the inning and Dunn’s sac bunt moved Graham to second. Hernandez then flied out to left field but Miles’ single down to left field drove home Graham.

Errors played in CU’s favor as Montgomery reached on an error to start the second and Abatti came in to pinch run. Prichard drove a single down the middle and Abatti advanced off another error. Enriquez’ sacrifice bunt moved both Abatti and Prichard and a single by Gregory scored in Abatti.

Graham reached on another fielding error on the Lions to load the bases for the Phoenix. Another perfectly placed bunt between the catcher and pitcher by Dunn scored home Prichard on the play for a 3-1 lead.

Hernandez’ two RBI single down the middle drove in both Graham and Gregory to put the Phoenix ahead, 5-1.

At the top of the third Zimmerman singled and Beecham’s RBI double to right center brought across Zimmerman. Murray then singled to left center to score in Beecham to pull the Lions within two, 5-3.

Cumberland responded in the bottom of the third with five runs starting off with a base hit from Prichard to right field. Enriquez walks and Gregory’s bunt loaded the bases for CU. Graham’s two RBI single down the middle plated both Enriquez and Prichard.

Hoppenjans came in as the designated player a sac bunt by her moved Graham to second and Gregory to third, who then advanced again on a wild pitch. Hernandez doubled to right center bringing across Graham and a Hernandez then stole third. A sacrifice fly to left field by Tomaselli brought home Hernandez for a 10-3 advantage.

CU scored their final run in the bottom of the sixth which Tomaselli started off with a single up the middle. Montgomery then reached on a fielder’s choice but Tomaselli got out going to second. Brittany Rasmussen came into the game to pinch run for Montgomery.