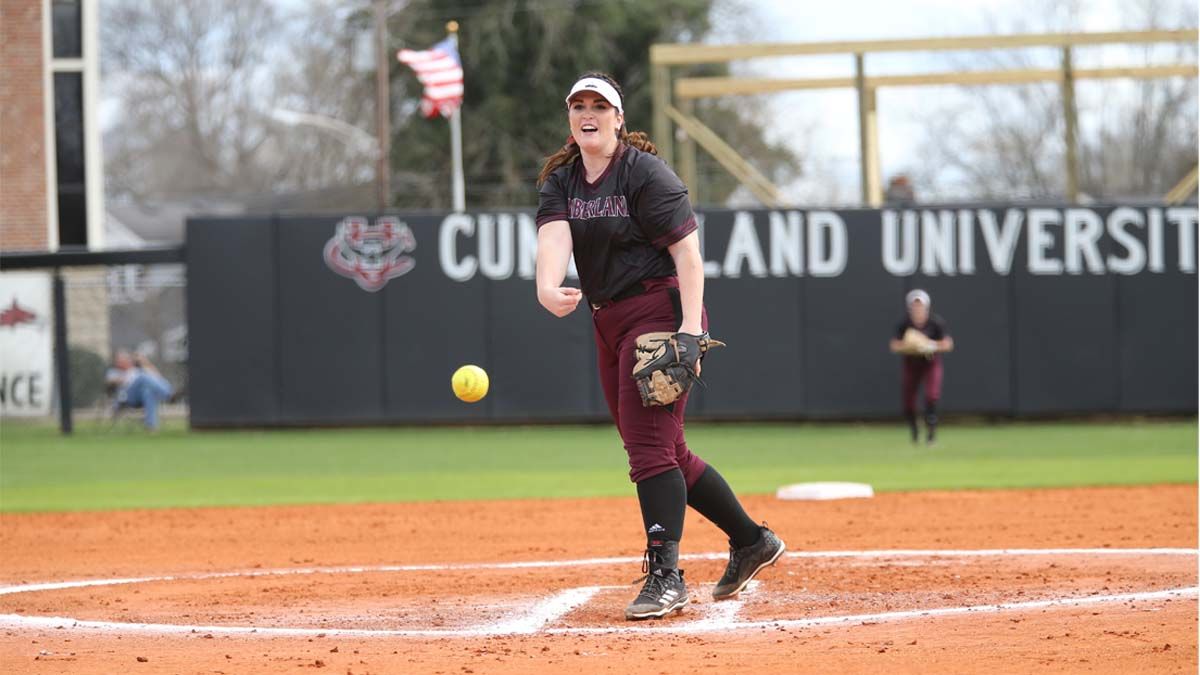 LEBANON, Tenn. – Karley Hobbs pitched 11 2/3 innings combined allowing two hits, no runs and striking out one helping Truett-McConnell post 2-1 and 1-0 victories over the Phoenix on Tuesday at the CU Softball Field.

Kaitlynn Hay started the Bears (7-3) off with a single to up the middle and Karli Loudermilk’s sacrifice bunt helped move Hay to second. Milly Martinet followed with a single into centerfield allowing Hay to take third and a fielder’s choice plated Hay for the first run of the game, 1-0.

Cumberland (0-2) responded with a run in the bottom of the first with a single by Tyra Graham down the right field line to get on base and then stole second. Brigid Antonelli grounded out to the short stop and Graham advanced to third on the play. A single by Kayley Caplinger to center field drove in Graham to tie the game, 1-1.

The next six innings were scoreless sending the first game of the day into extra innings. In the top of the eighth with Katherine Kozlowski on second, a sac bunt by Reba Jones moved Kozlowski to third. Bre Levy fouled out to left field and Kozlowski came home on the throw.

Graham finished the game with one hit and one run and Caplinger and Kayala Hoppenjans added one hit apiece. Kaitlin Kralj pitched five innings for the squad allowing five hits and one run. Morgan Arndt pitched three innings in relief, allowing no hits, one run and one strikeout.

Neither team scored in the first inning of the second game but in the top of the second Sarah Horne singled to the shortstop with two outs in the inning. Sara Sullivan walked helping Horne advance to second and Jaden Morrison’s single up the middle drove in Horne for a 1-0 advantage.

Cumberland recorded just two hits in the second game, one coming from junior Tawnee Hegre and the other by Antonelli.

The Bears added four more hits in the game as Morrison went 2-for-3 at the plate and drove in one run. Karley Hobbs picked up her sixth win of the season for Truett-McConnell pitching all seven innings, allowing two hits, no runs and striking out one.

Cumberland’s Kayley Caplinger allowed six hits, one run and two walks in five innings of work and Alexa Snyder finished the final two innings with one hit and no runs scored.

Cumberland is back in action on Friday, February 23, to take on Indiana Tech for a doubleheader beginning at noon.