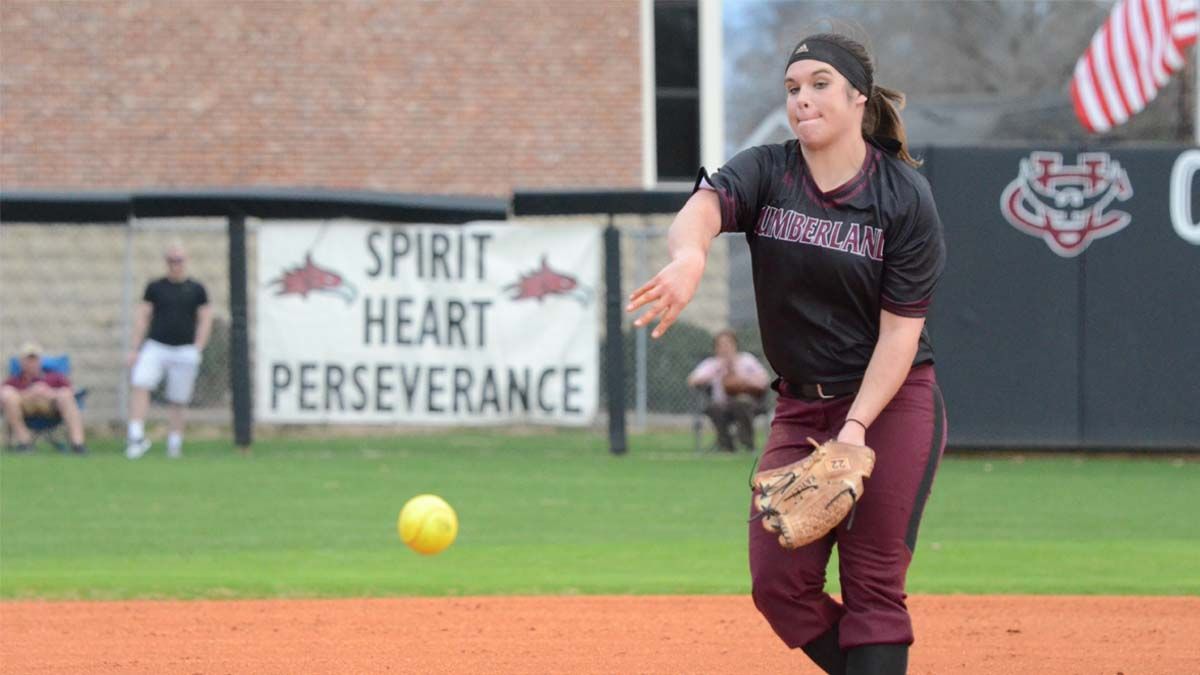 LEBANON, Tenn. – Kayley Caplinger went 3-for-4 with 3 RBIs and struck out seven in the opening game of the day and Cumberland plated four runs in the first inning of the third game, defeating Indiana Tech in all three games on Friday at the CU Softball Field.

Cumberland scored one run in the bottom of the first and second to take an early lead in the opening game of the day. In the first inning Tyra Graham started the Phoenix off with a single up the middle and Imani Torregano followed with a base hit to move Graham to second. Caplinger’s RBI single to left field plated Graham for the first run of the game.

Caplinger allowed no hits in the top of the second, striking out Ali LeNoue. Paole Del Valle was hit by pitch to get on base and Shelby Phelps’ sacrifice bunt moved Del Valle to second. On a pass ball Del Valle advanced to third and Graham’s single drove in Del Valle for a 2-0 lead.

Indiana Tech scored two runs in the top of the fourth to tie the game with Marta Pasqualini’s double to center field starting off the order. Caplinger struck out the next batter but walked Bailey Dembinski. With runners at second and third, LeNoue doubled to left field to help Pasqualini and Dembinski score and tie the game.

Cumberland responded with two runs in the bottom of the inning with a single by Phelps and advancing to second on Taylor Woodring’s ground out. Torregano reached on a fielder’s choice and a double by Caplinger drove in both runners.

CU scored one more run in the bottom of the sixth and did not allow the Warriors to score for the rest of the game. Hegre walked and Antonelli singled up the middle and advanced to second on the throw. Del Valle double to left field which plated Hegre for Cumberland’s final run of the game, 7-2.

Caplinger picked up her first win of the season, striking out seven batters and went 3-for-4 with three RBIs in the first game. Graham added one run, two hits and two RBIs.

Cumberland took the second game of the day scoring two runs in the bottom of the second and Kaitlin Kralj pitched five innings, allowing just one hit, no runs and striking out four. Alexa Snyder allowed no runs, no hits and three strikeouts in two innings in relief.

In the second inning Kayala Hoppenjans singled to center field with two outs and Woodring reach on a fielder’s choice. Graham then drew a walk and with bases loaded Torragno’s 2 RBI single to left field put the Phoenix up for good, 2-0.

Indiana Tech plated one run in the fourth inning with an RBI single to left field by Reinhardt who drove home LeNoue. Cumberland responded with one run in the bottom of the inning. Graham singled to left field and advanced to second on Torregano’s ground out to the pitcher. Caplinger drew a walk and a single to right field by Antonelli plated Graham for a 5-1 lead.

In the top of the seventh Dembinski singled to the shortstop and LeNoue followed with a homerun to left center field scoring in the final two runs, dropping a 5-3 decision in the third game.

Morgan Arndt pitched 3 2/3 innings for the Phoenix to start the final game, allowing two hits, one run and striking out two, picking up her first win of the season. Graham went 2-for-4 with two runs and Antonelli posted one run, two hits and two RBIs.

The Phoenix are back in action tomorrow for a single game against Indiana Tech beginning at 11 a.m at the CU Softball Field.