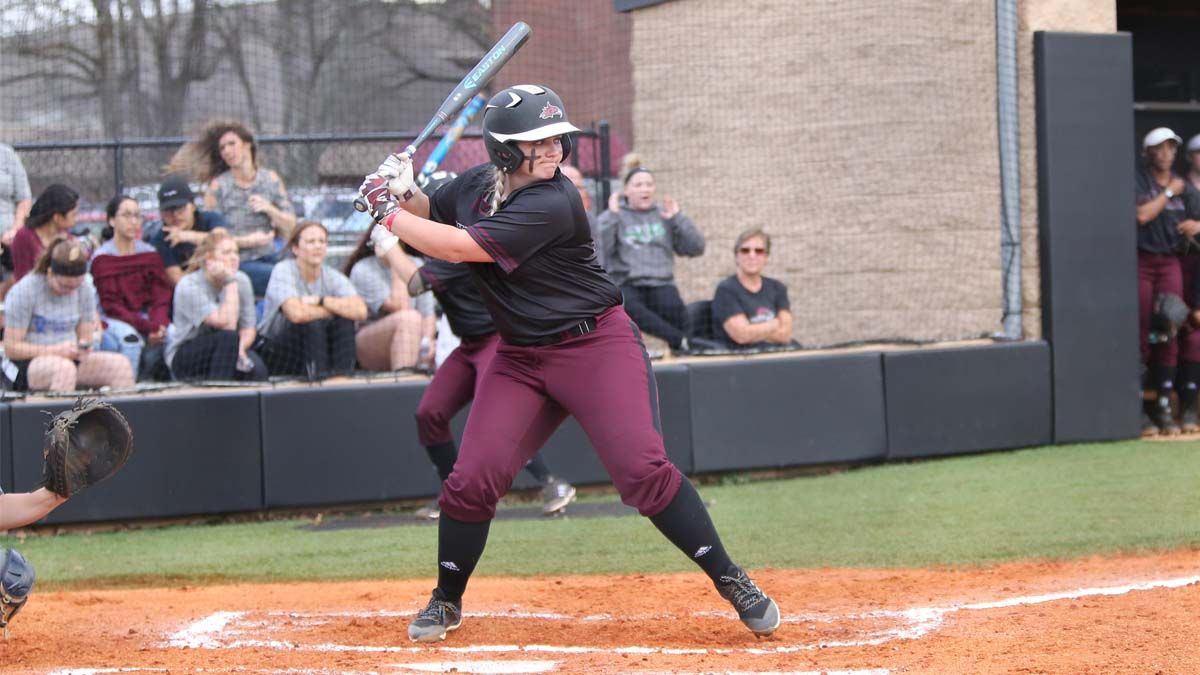 LEBANON, Tenn. – Cumberland scored five runs in the first inning and three in the second and fourth inning to defeat the Warriors in the opening game of the day, 11-2, and the Phoenix plated four runs in the bottom of the second, to secure a 5-2 victory in the second contest on Saturday at the CU Softball Field.

In the bottom of the first Cumberland’s Tyra Graham was hit by a pitch to get on base and Kayley Caplinger drew a walk for runners at first and second. Paola Del Valle was hit by a pitch as well and with bases loaded, Shelby Phelps singled through the left side driving home Graham. Courtney Miles hit a double up the middle, scoring home three runs to put the Phoenix up 4-0.

Kayla Hoppenjans doubled to left field, bringing home Miles with two outs in the inning. Marta Pasqualini came in to pitch and Taylor Woodring reached on an error but Hoppenjans tried to come home on the play and was thrown out for the final out in the inning.

Indiana Tech scored two runs in the top of the second, with a single by Carolyn Murrey to get on base. Abigail Zwicker pinch ran for Murrey and Zwicker advanced on a hit by Emily Martin. Zwicker then advanced to third on a wild pitch and scored home on a ground out by Bri Glass.

Karsyn Kitchen’s double to left field drove in Pasqualini for the second run of the game for the Warriors, but Sarah Cummings grounded out to the short stop to end the inning.

In the bottom of the second inning Graham walked and Imani Torregano grounded out to the pitcher, but helped move Graham to second. Caplinger’s RBI single up the middle plated Graham and Paige Robinson made her first appearance of the season to pinch run for Caplinger.

Brigid Antonlli’s double to left field brought Robinson home and Del Valle reached on a throwing error and on the throw Antonelli scored for CU’s final run in the inning.

Neither team scored in the third inning and Cumberland did not allow the Warriors to score another run for the rest of the game. The Phoenix tacked on three more runs in the bottom of the fourth.

Antonelli stole home and Miles hit a two-run single up the middle to score home Phelps and Del Valle to end the first game in 5 innings, defeating Indiana Tech, 11-2 in the first game of the day.

Miles went 2-for-3 with one run and 5 RBIs and Caplinger added one run, two hits and drove in one run for the Phoenix. Morgan Arndt took the win, pitching four innings, allowing just two runs on three hits.

Cumberland scored one run in the bottom of the first with an RBI single by Torregano who drove home Graham. The Phoenix continued their scoring in the second inning and Phelps started the lineup off with a walk and Hoppenjans followed with a walk. Woodring then singled up the middle and Phelps scored on the play. A sac fly by Graham scored in Hoppenjans and a two RBI single by Caplinger plated two runs for a 5-0 advantage.

Indiana Tech tacked on two runs one in the fourth with an RBI single by Reinhardt and one in the fifth. With bases loaded, a time violation on the Caplinger forced another walk and brought one run in.

Torregano went 2-for-4 with one run and one RBI in the second game. Kaitlin Kralj pitched the first two innings, allowing one hit and one walk. Caplinger picked up her second win of the series, pitching four innings, allowing six hits, two runs and two walks.

Cumberland returns to play for a doubleheader against Tennessee Wesleyan on Monday, February 26 beginning at 1 p.m. at the CU Softball Field.