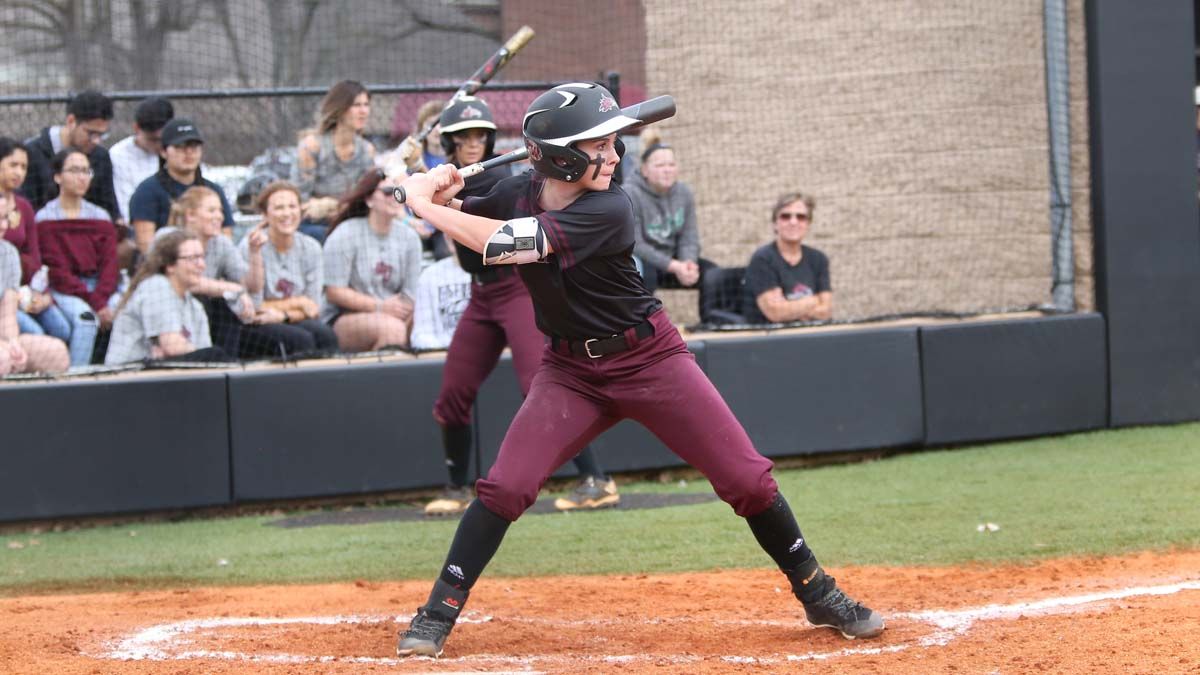 LEBANON, Tenn. – Taylor Woodring went a combined 4-for-7 at the plate, collecting three runs and one RBI and Kayley Caplinger allowed two runs on five hits, and struck out six helping the Phoenix post 6-2 and 6-1 victories over Tennessee Wesleyan on Monday at the CU Softball Field.

In the bottom of the first Tyra Graham started the Phoenix (7-2) off with a single through the left side and Imani Torregano drew a walk advancing Graham to second. A sac bunt by Caplinger advanced both runners to scoring position. Brigid Antonelli reached on a fielder’s choice while Graham was thrown out coming home on the play.

Paola Del Valle was hit by a pitch to get on base and Courtney Miles drew a walk with bases loaded bringing home Torregano for the first run in the game, 1-0.

Tennessee Wesleyan (5-3) plated two runs in the top of the fourth with Mackenzie Johnson taking first on a bunt. Courtney Black’s homer to left center put the Bulldogs up 2-1 with one out in the inning.

The Phoenix responded with a three-run fourth inning with Graham singling down the left field line and Caplinger reaching on an error. Antonelli was then hit by a pitch and with bases loaded Del Valle’s 2 RBI single down the right field line brought home Graham and Caplinger. Shelby Phelps singled to right field plating Antonelli for a 4-2 lead.

The Warriors scored no runs in the final three innings and the Phoenix scored two more runs in the bottom of the fifth. Woodring singled through the left side and a sac bunt by Graham advanced Woodring to second. On a wild pitch Woodring then took third and Torregano walked for runners at first and third.

Caplinger reached on an error by the first baseman, Woodring scored on the play and Torregano advanced to third and on the throw to first, scored home to secure a 6-2 victory.

Woodring went 2-for-4 and scored one run for the Phoenix while Del Valle added one hit and 2 RBIs. Caplinger picked up the win, allowing two runs on five hits and striking out six in five innings of work. Alexa Snyder pitched two innings in relief, allowing one hit and no runs.

In the second game of the day Cumberland scored one run in the opening inning. Torregano singled through the left side with one out and stole second and Caplinger followed with an RBI single to right field bringing home Torregano.

The Bulldogs’ Black singled up the middle in the top of the fourth and advanced to second on a wild pitch. Baylee Sutton’s single down the left field line plated Black for Tennessee Wesleyan’s only run of the game.

The Phoenix responded in the bottom of the inning with two more runs, with a double to right field by Hoppenjans and Woodring’s infield bunt moved Hoppenjans to third and came home on an error by the first baseman. Graham sac bunt to the pitcher, moved Woodring to second and took third on a wild pitch with one out in the inning. Torregano’s ground out to the pitcher allowed Woodring to score on the play to put the Phoenix up, 6-1.

Morgan Ardnt pitched the final three innings in relief, allowing no runs, two hits and striking out two. Kralj picked up the win, allowing one run on six hits in four innings of work.

Cumberland stranded 12 runners in the first game and just four in the second. On the day the Phoenix had a combined 19 hits.

Woodring went 2-for-3 in the second game, with two runs and one RBI.

The Phoenix are back in action tomorrow, February 27, for a doubleheader against Martin Methodist beginning at 1 p.m.