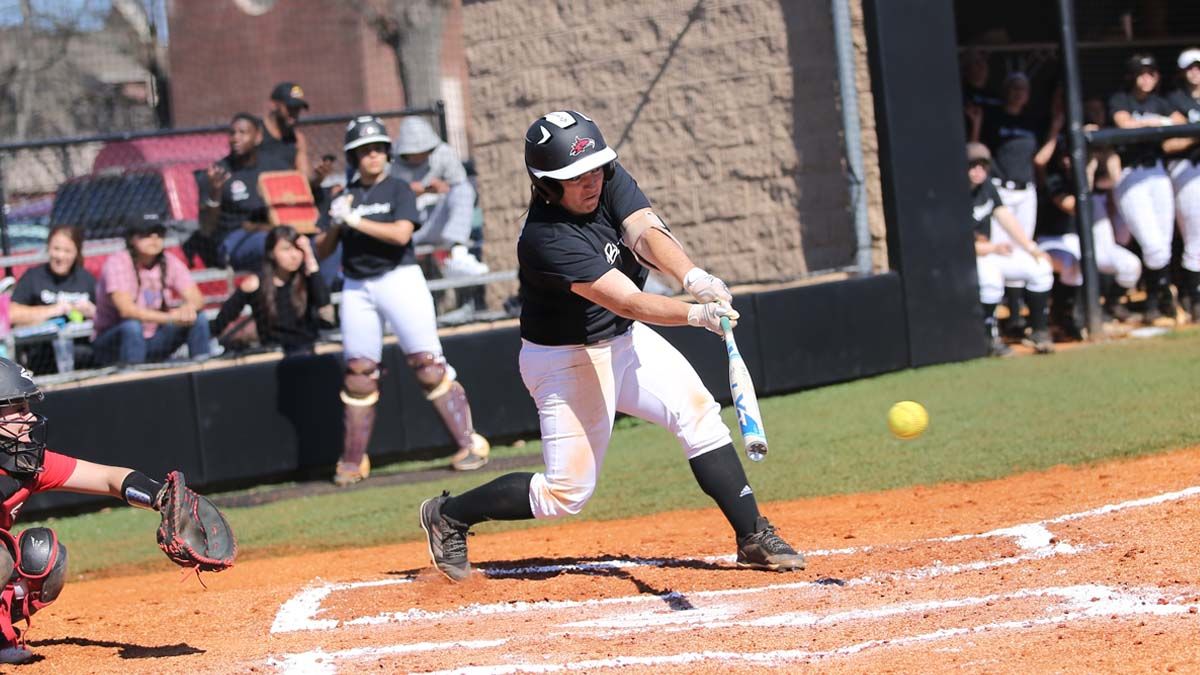 LEBANON, Tenn. – Cumberland scored six runs in the fifth inning to secure a 8-1 victory in the opening game of the day but Martin Methodist plated six runs in the third inning of the second game en route to 8-4 win on Tuesday at the CU Softball field.

Martin Methodist (6-4) got ahead early scoring one run in the second inning, off an RBI single by Raegan Hannah to left field.

In the bottom of the third Taylor Woodring singled to right field with one out in the inning and Tyra Graham singled through the left side moving Woodring to second. Imani Torregano’s infield single loaded the bases for the Phoenix and Kayley Caplinger reached on a fielder’s choice, but Woodring was thrown out coming home.

Antonelli’s 2 RBI single up the middle drove home Graham and Torregano to put CU ahead, 2-1.

Cumberland (8-3) scored six runs in the fifth inning putting them ahead for good in the first game of the day. Torregano singled through the left side and then stole second. Antonelli singled down the right field line and advanced to second and then to third on a throwing error by the right fielder. Torregano scored home on the play.

Paola Del Valle was hit by a pitch and with runners at first and third Shelby Phelps singled down the left field line plating Antonelli. Courtney Miles drew a walk at the next at bat, loading the bases once again for the Phoenix. Kayala Hoppenjans was also hit by a pitch to get on base and bringing home pinch runner Brianna Gregory.

Sydney Watson came in to pitch for the RedHawks and Woodring reached on an error by the shortstop, advancing all base runners including scoring home Phelps. Graham’s 2 RBI single up the middle brought home Miles and Hoppenjans for a 6-2 lead.

Raegan finished the game with one hit and one RBI and Baylee Mellott pitched 4 2/3 innings for the RedHawks allowing nine hits, eight runs, three earned, and striking out two.

Hurford then stole second and Carson Coble singled to right field moving Hurford to third. Porter doubled to left center bringing home Hurford and advancing Coble to third. Kaitlin Kralj came into finish off the inning but Hannah singled up the middle batting in two final runs for the RedHawks.

Caplinger hit her first home run of the year down the left line in the bottom of the fourth to put the Phoenix on the board. In the fifth inning CU plated two more runs by Graham who hit a double to left field bringing home Woodring and Tawnee Hegre.

In the top of the sixth Ferguson singled to left field driving home Baird and Cumberland responded with one run in the bottom of the inning to pull within three, 7-4.

In the seventh the RedHawks tacked on one more run as Porter doubled to left field to get on base and a single up the middle by McFarlan brought home Porter for an 8-4 victory.

Antonelli collected one hit, one run and one RBI and Graham added one hit and 2 RBIs.

Cumberland hosts Bethel University on Thursday, March 1 for a doubleheader beginning at 1 p.m.