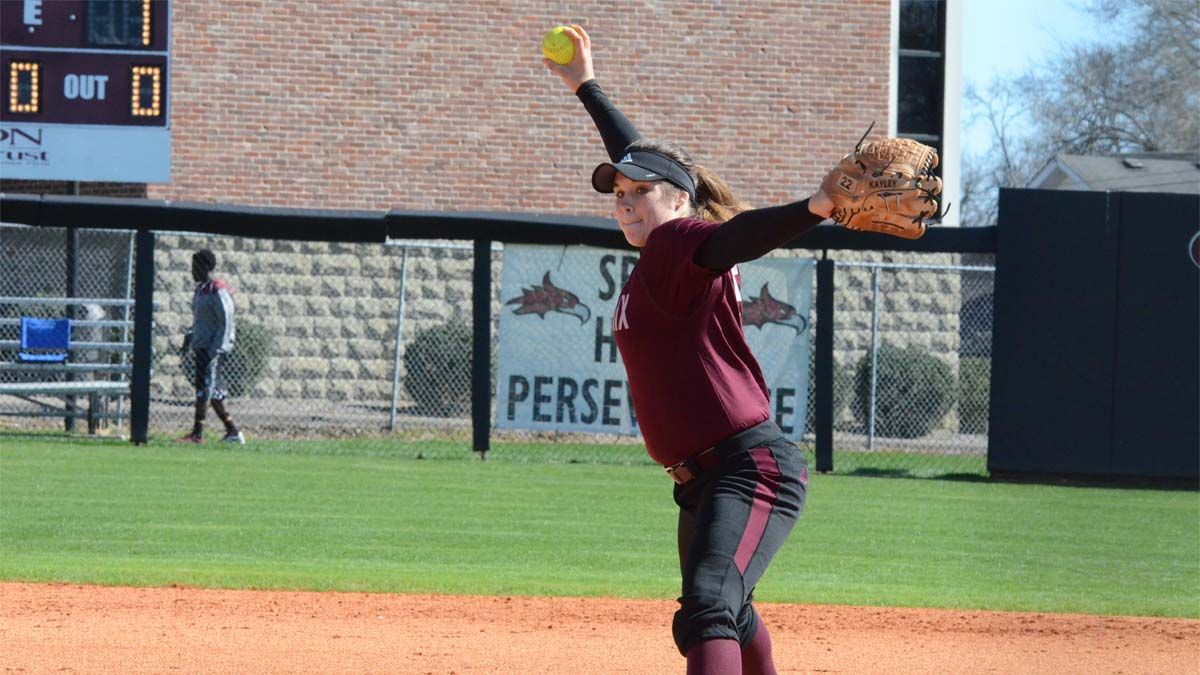 LEBANON, Tenn. – Kayley Caplinger pitched a complete game in the opener, allowing no runs, four hits and striking out five leading the Phoenix to a 2-0 victory and a four-run sixth inning for the Phoenix helped them complete a comeback and defeat the Tigers, 6-3 in the nightcap on Thursday at the CU Softball Field.

Cumberland (16-3) plated two runs in the third inning, their only runs of the game but enough to hold off Stillman College and secure a 2-0 victory.

Taylor singled to right field to start off the lineup in the third inning and Tyra Graham drew a walk advancing Woodring to second. Imani Torregano reached on a bunt single and with bases loaded Kayley Caplinger singled to center field driving home Woodring.

Tawnee Hegre then grounded out to the first baseman unassisted for the second out in the inning but Graham scored on the play to put the Phoenix up 2-0.

Caplinger allowed just four hits, no runs and struck out five batters for the squad, picking up her seventh win of the season.

Torregano went 3-for-4 at the plate and Woodring collected two hits and one run.

Cumberland stranded 10 baserunners and recorded 10 hits in the first game.

In the second game of the day Boswell hit a solo homer to left center, her first of the season putting the Tigers up, 1-0 in the third inning. Candace Hampton then singled through the left side and Sami Story’s base hit up the middle moved Hampton.

Sky Santos reached on a fielder’s choice loading the bases for the Tigers and a sac fly by Brooke Perkins scored home Hampton for a 2-0 lead.

Cumberland responded with two runs in the fourth inning, Graham doubled to the center field wall and Courtney Miles drilled her third home run to left field to tie the game at two.

Graham’s 2 RBI double down the left field line plated Rasmussen and Woodring. Graham stole third and Torregano grounded out to the shortstop but Graham came home to put the Phoenix ahead, 6-3.

Stillman College scored two runs in the top of the seventh with an RBI single by Story and an RBI double to left field by Santos, pulling within one before Alexa Snyder finished the game off for the Phoenix striking out Pierson for the final out in the inning.

Caplinger went 3-for-4 at the plate and Hoppenjans added two runs and two hits while Miles collected one run, two hits and two RBIs.

Cumberland and Stilman College face each other again for a doubleheader, tomorrow March 16 beginning at noon.