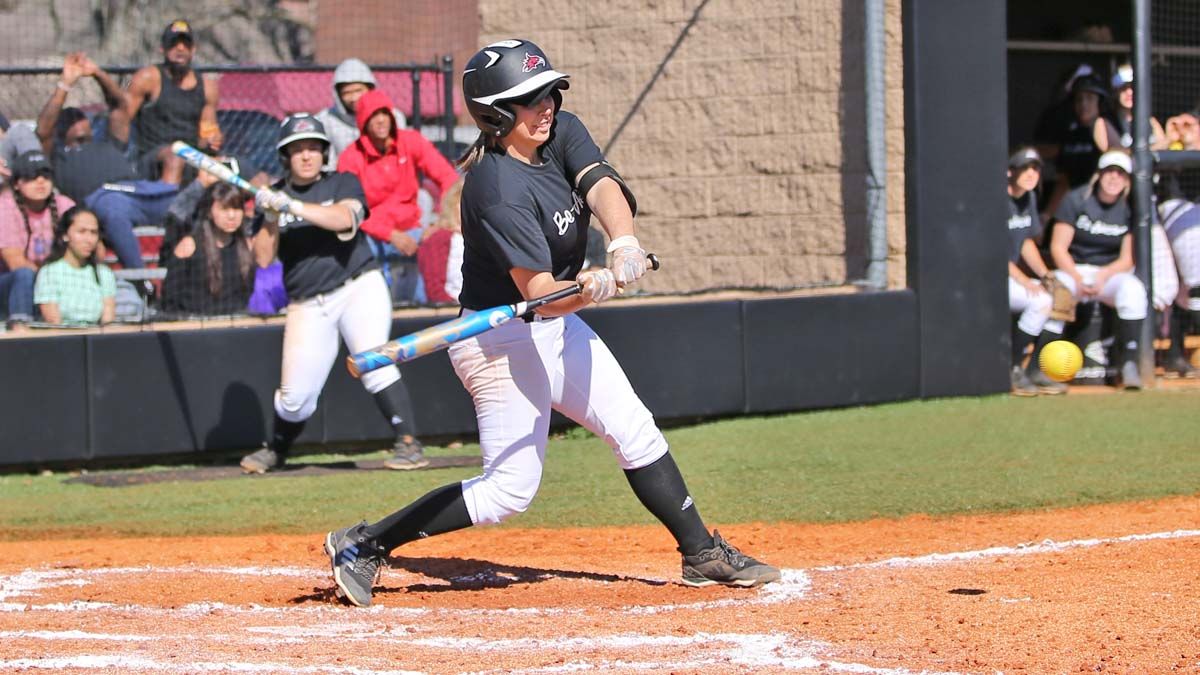 DAYTON, Tenn. – Kayley Caplinger recorded four hits, two runs and three RBIs helping Cumberland defeat Bryan College, 11-5 in the opener and a five-run third inning for the Lions pulled them within one, but the Phoenix held on for an 8-6 victory in the nightcap on Tuesday in Dayton, Tenn.

In the opening game of the day Courtney Miles ripped a double to right field with bases loaded bringing in all three runs and putting the Phoenix ahead, 3-0.

In the bottom of the inning Bryan College (8-20) responded with four runs, with a 2 RBI double by Courtney Petty and Kimberly McKernie singled up the middle driving in a run to tie the game at three. Lindsey Dunn then reached on an error and McKernie scored on the play to help the Lions pull ahead, 4-3.

Bryan tacked on one more run in the sixth inning as Leslie Beecham singled to center field, advancing to second on the throw and Walker scored to pull within four.

In the seventh inning Cumberland’s Torregano doubled down the left field line plating Graham and Tawnee Hegre then reached on an error by the shortstop, and Torregano scored securing an 11-5 victory in the opener.

In the second game of the day, Cumberland scored two runs in the second inning, Woodring reached on an error and two runs scored on the play, putting CU ahead early, 2-0.

The Lions responded with one run in the bottom of the inning with a single by Marissa Murray that plated Petty.

Caplinger’s RBI double to right center scored in Torregano and Miles singled up the middle and advanced to second on the throw and Caplinger and Antonelli came home. Del Valle sac fly to right field brought in Hegre and Woodring’s RBI double to left center drove in Miles for a 7-1 advantage.

Bryan College tallied five runs in the bottom of the third to pull within one as Heidi Smith stole second and on a throwing error to second, Sydney Olander scored. Brown then singled to center field advancing Courtney Petty to second, Hannah O’Shields to third and Smith home.

Cumberland scored one run in the sixth inning, with a single up the middle by Antonelli, driving in Graham for the final run and helping the Phoenix to an 8-6 win, extending their winning streak to 12 games.

Caplinger recorded two hits, one run and one RBI and Miles recorded two runs, one hit, two RBIs and drew one walk.

Cumberland opens up conference play this weekend, traveling to Shawnee State for a doubleheader on Friday, March 23 at 1:30 p.m. and a two-game series on Saturday beginning at 11 a.m.