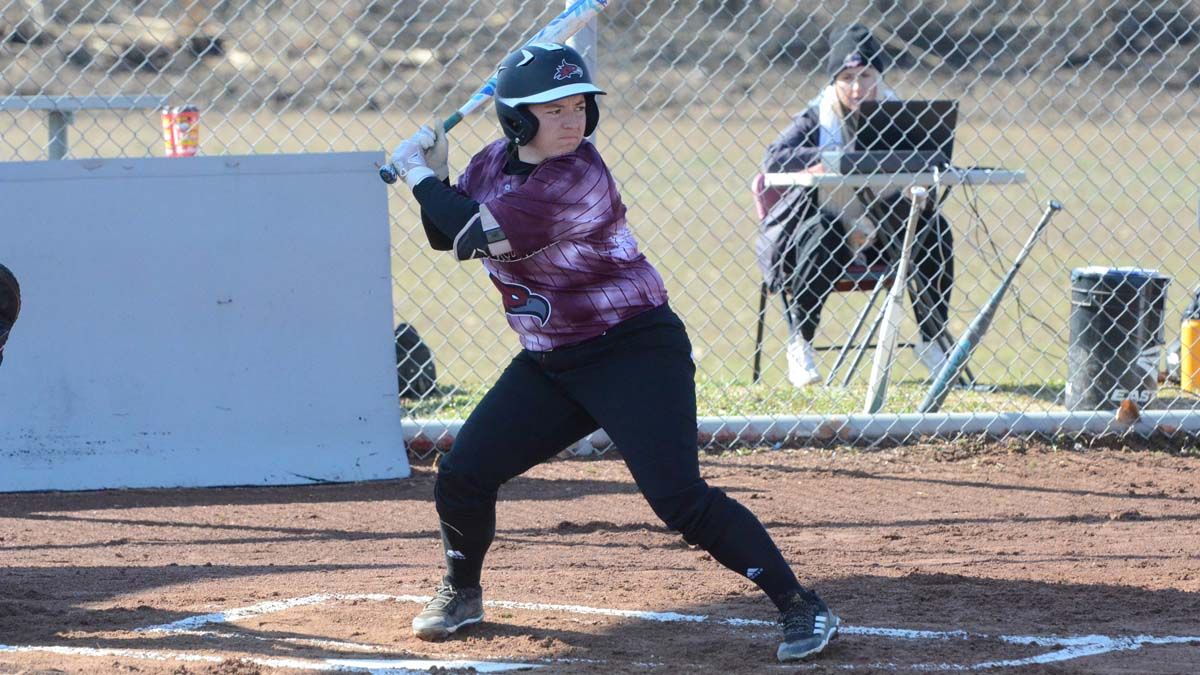 PORTSMOUTH, Ohio – Kayala Hoppenjans’s two RBI double in the top of the seventh helped Cumberland win the first game of the day, 7-1 but the Bears’ Tatam Wise drew a walk with bases loaded in the bottom of the eighth, for a 1-0 win in the second contest on Friday at Boone Coleman Field in Portsmouth, Ohio.

In the first inning Tyra Graham reached on a throwing error by the third baseman and then stole second. Imani Torregno’s sac bunt advanced Graham to scoring position, and Brigid Antonelli’s single up the middle drove in Graham for a 1-0 lead.

Shawnee State responded with their only run of the game in the bottom of the inning as Katlyn Gleich singled to right field bringing home Victoria Bevington to pull within two runs.

A four-run seventh inning secured the win for Cumberland, and Torregano drew a walk to start off the lineup. Caplinger’s sac bunt moved Torregano to second and Antonelli singled to center field allowing Torregano to score.

Courtney Miles then reached on a fielder error by the first baseman and Antonelli scored. Shelby Phelps singled to right field and advanced to second on the play as Miles took third.

Kayala Hoppenjans’ two RBI double through the left side plated Phelps and Miles for a 7-1 victory.

Antonelli went 2-for-4 with one run and four RBIs and Hoppenjans added two hits and two RBIs.

Caplinger allowed one run, on eight hits, and struck out eight in a complete game, picking up her 10th win of the season.

In the second game of the day neither team scored a run in seven full innings sending the game into extra innings. In the top of the fifth inning Paola Del Valle was hit by a pitch and then Taylor Woodring singled through the left side. Graham’s single up the middle loaded the bases for the Phoenix.

Torregano then reached on a fielder’s choice as Del Valle was thrown out coming home, and Caplinger struck out looking to end the inning, the closes Cumberland would come to scoring a run.

Morgan Arndt came in to pitch in the eighth and final inning, and Gleich singled up the middle to get on base. Marisa Brown reached on a fielder’s choice and Gleich moved to second. Koch singled down the left line to load the bases. Tatam Wise then drew a walk, bringing in one run to help Shawnee State win 1-0 in the final game of the series.

Graham registers two hits of Cumberland’s five hits in the game. The Phoenix stranded eight base runners but only had one error.

Arndt took the loss, pitching just one inning and allowing two hits and one run. Kaitlin Kralj allowing six hits, no runs and struck out two in seven innings of work.

The Phoenix are back in action on Tuesday, March 27 at Freed-Hardeman for a doubleheader beginning at 5:30 p.m.