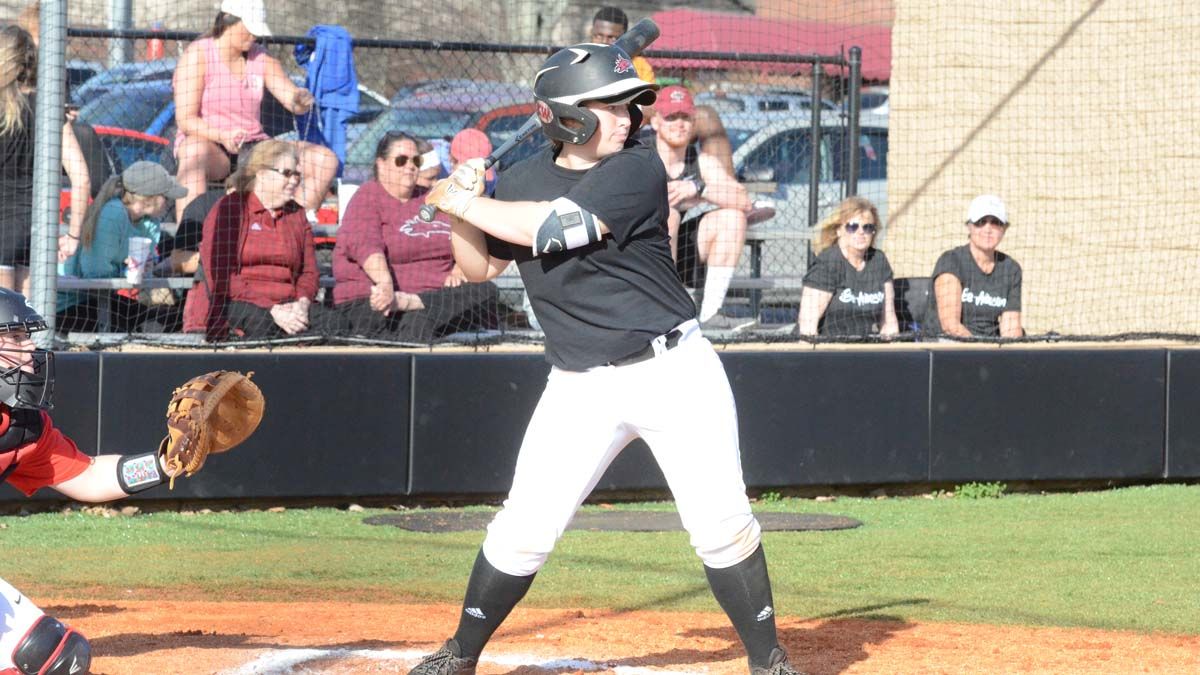 HENDERSON, Tenn. – Courtney Miles’ RBI single in the fifth inning helped put Cumberland ahead and complete a comeback for a 5-3 win in the opener and Kayala Hoppenjans’ one-run single in the eighth inning plated the winning run for a 4-3 victory in the nightcap, sweeping Freed-Hardeman on Tuesday in Henderson, Tenn.

Abbi Gooch drew a walk to start the bottom of the third for the Lions and Caitlyn Carter then reached on a fielder’s choice while Gooch was thrown out at second. Emily Bombard then grounded out to the third baseman and Carter advanced to second.

Malorie Prince walked for runners at first and third and then Kaylyn Graham walked to load the bases for Freed-Hardeman. Annalise Jarnigan’s double to right field drove in three runs for a 3-0 lead.

Cumberland responded in the top of the fourth as Tawnee Hegre was hit by a pitch to get on base and a sac bunt by Courtney Miles moved Hegre to second. Kayala Hoppenjans’ RBI double to left center drove in Hegre. Shelby Phelps singled up the middle and as Phelps went to steal second, Hoppenjans stole home to pull within one, 3-2.

In the fifth inning Cumberland’s Imani Torregano singled up the middle and Caplinger’s sac bunt moved her to second. Brigid Antonelli’s double to left center brought home Torregano to tie the game, 3-3.

Miles then singled down the right field line and Antonelli came home on the play to put the Phoenix ahead, 4-3.

CU plated one more run in the top of the seventh, as Caplinger singled up the middle and Antonelli reached on a fielder’s choice but Caplinger was safe at second because of a fielding error.

Hegre then reached on a fielder’s choice as pinch runner Brittany Rasmussen was thrown out going to third. Miles drew a walk and with bases loaded Hoppenjans was hit by a pitch, bringing in Antonelli for the final run of the game and a 5-3 win.

Antonelli finished the game with two hits, two runs and one RBI and Hoppenjans added one hit, one run and two RBIs.

Caplinger picked up the win, allowing three runs on four hits and striking out three.

Carter singled through the left side and Jarrell’s sac bunt moved her to second. Jarangin’s RBI single to center field put the Lions ahead, 1-0 in the first inning.

Hegre singled through the left side and Shae Dunn tripled to left field plating Hegre to even the score at one. Taylor Woodring’s double to left field scored in Dunn for a 2-1 advantage.

A two-run third inning for Freed-Hardeman put them ahead, 3-2, with an RBI single through the left side and a fielding error on the third baseman allowing Jarrell to score.

In the fifth inning Torregano singled through the left side and Antonelli singled up the middle. With runners at first and second Hegre reached on a throwing error and Torregano scored.

Antonelli was placed at second to start the eighth inning and Hoppenjans’ singled through the left side plated Antonelli to secure a 4-3 win for the Phoenix.

Cumberland hosts Campbellsville University on Thursday, March 29 for a doubleheader beginning at 2 p.m.