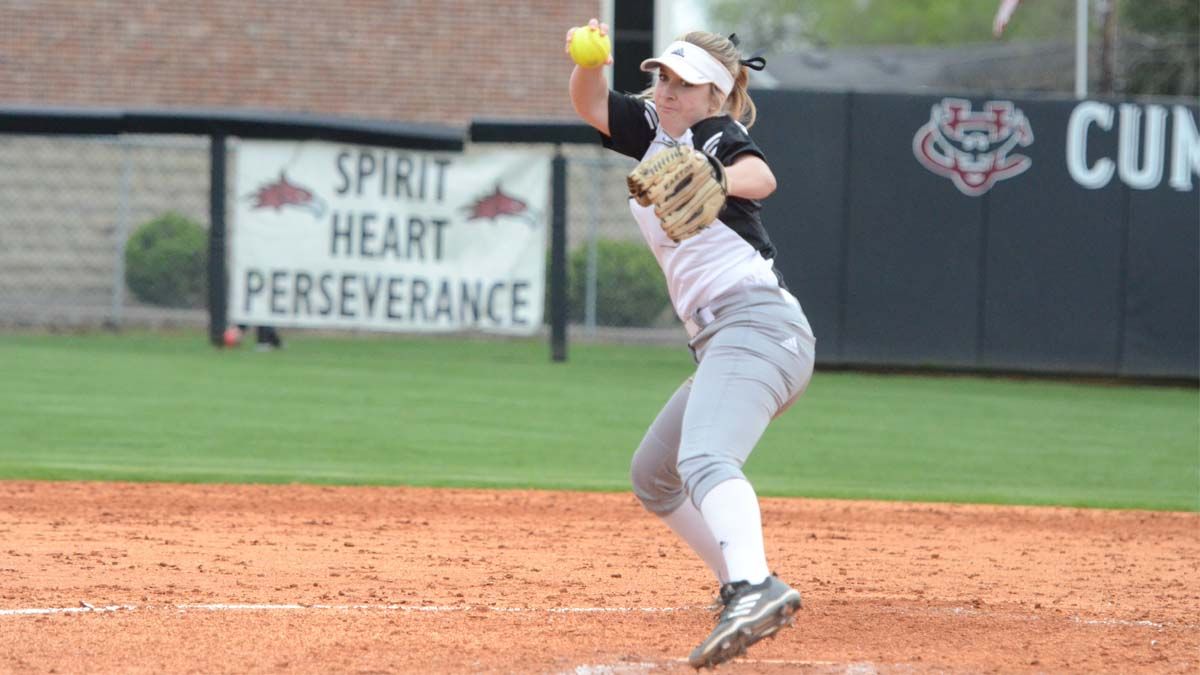 LEBANON, Tenn. – Hannah Morton allowed just one hit, no runs and struck out 11 in seven innings of work for Georgetown College helping them defeat Cumberland 5-0 in the opener and the Phoenix collected a total of five hits on the day dropping the second contest, 2-0, on Thursday at the CU Softball Field.

Georgetown College (20-7, 6-2 Mid-South) plated two runs in the opening inning, as Chaselyn Allgeier started the lineup off with a double to left center. Cassidy Janes followed with a single up the middle and Kara Howards sac bunt advanced both runners to scoring position.

Skyelar Houston popped up to the short stop for the second out in the inning, but Hannah Morton doubled to left center driving in both Allgeier and Janes for a 2-0 advantage.

A two-run fourth inning put the Tigers ahead for good and Robinson reached on an error and advanced to second on the play. Katie Young reached first on a bunt single and Allgeier grounded out to the pitcher but Young advanced to second.

Janes popped up to Graham for the second out in the inning but Howard’s two RBI single to center field plated Robinson and Young. A fly out to left center by Houston ended the inning for the Tigers.

Pinch hitter Arnold singled to left field in the top of the seventh and then stole second. Howard flew out to center field and Arnold advanced to third on a wild pitch. Houston’s ground out to Antonelli allowed Arnold to scored securing a 5-0 victory for the Tigers.

In the first inning of the second game Allgeier’s bunt single helped her take first and she then stole second. Howard singled up the middle and advanced to second on the throw, helping Allgeier come home for a 1-0 lead.

Cumberland recorded just one hit in the opener but added four in the second game. Morgan Arndt pitched six innings and allowed two runs on six hits and struck out three. Alexa Snyder finished the final inning, allowing one hit and no runs.

Cumberland returns to play tomorrow, April 6 against Georgetown College for a doubleheader beginning at 11 a.m.