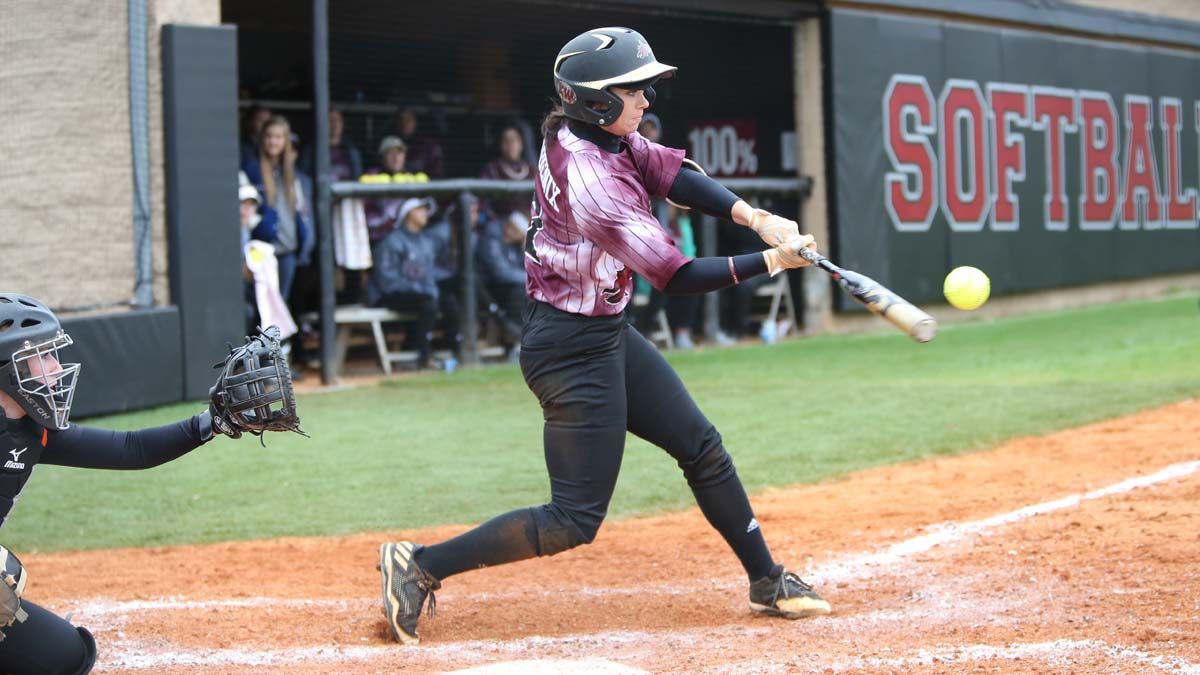 LEBANON, Tenn. – Tyra Graham recorded three runs, three hits and three RBIs in both games combined, including a two-run homer in the opener helping Cumberland defeat Georgetown College, 4-2 but Kara Howard’s two RBI double secured a 7-6 victory over the Phoenix in the second contest on Friday at the CU Softball Field.

Cumberland (26-13, 4-8 Mid-South) took an early lead in the first inning with an error on the Tigers playing in their favor helping Graham reach first. Graham then stole second and Imani Torregano drew a walk for runners at first and third.

Torregano stole second and Kayley Caplinger’s sac fly to right field helped Graham score home for a 1-0 advantage and Torregano advanced to third on the play. Tawne Hegre’s RBI single to right field drove in Torregano putting the Phoenix ahead, 2-0.

In the fifth inning Kayala Hoppenjans singled through the left side and advanced to second a wild pitch. Paola Del Valle sac bunt moved Hoppenjans to third. Graham’s two-run homer to left field tacked on two more runs for a 4-0 lead, her third home run of the season.

Georgetown (21-8, 7-3) tried to make a late comeback, plating two runs in the top of the sixth inning. Skyelar Houston grounded out to second base for the first out in the inning but Hannah Morton started the Tigers off with a single up the middle. Allison Watson followed with a single to center field and Hannah Howes singled to left field to load the bases for GC.

Corrin Robinson then reached on a fielder’s choice but Morton scored on a throwing error that came from Hoppenjans, pulling the catcher Del Valle off the plate. Katie Young’s sac fly to center field plated Watson, pulling the Tigers within two, 4-2.

Cumberland’s Morgan Arndt picked up the victory, allowing two runs, 12 hits and striking out seven. Graham recorded two runs, one hit and two RBIs in the opener and Hoppenjans recorded one run and one hit.

Morton allowed four runs, two earned, three hits and struck out 10 in five innings of work for Georgetown, taking the loss. Howard pitched one inning in relief, allowing no runs and no hits.

Georgetown plated two runs in the opening inning of the second contest, as Chaselyn Allgeier drew a walk to start off the lineup. Cassidy Janes’ sac bunt advanced Allgeier to second and Howard then singled up the middle for runners at first and third.

An RBI single to left field by Houston helped Allgeier score home and Howard advanced to third. Houston went to go steal second and on the throw Howard stole home to put Georgetown ahead, 2-0.

Cumberland pulled within one in the bottom of the inning, Graham singled up the middle and then stole second. Torregano’s sac bunt advanced Graham to scoring position but Caplinger then struck out swinging. Antonelli’s single up the middle drove in Graham.

In the top of the second, Young grounded out to second base but Allgeier singled through the left side to get on base. Janes fouled out to Brigid Antonelli at third base and then Allgeier stole second. Howard singled to left field and before she was thrown out taking second base, Allgeier came home on the play.

Graham’s RBI single through the left side drove in Hoppenjans in the bottom of the second to stay within one, 3-2.

A two-run sixth-inning for the Tigers helped them secure the game, with an two RBI double to left center to put Georgetown ahead, 7-5.

Antonelli’s solo homer to center field pull Cumberland within one in the final inning but it wasn’t enough dropping a 7-6 decision.

Morton picked up the win, allowing one hit, one run and striking out five in two-plus inning for Georgetown.

Cumberland is back in action, on Tuesday, April 10 for a doubleheader against Lindsey Wilson beginning at 2 p.m.