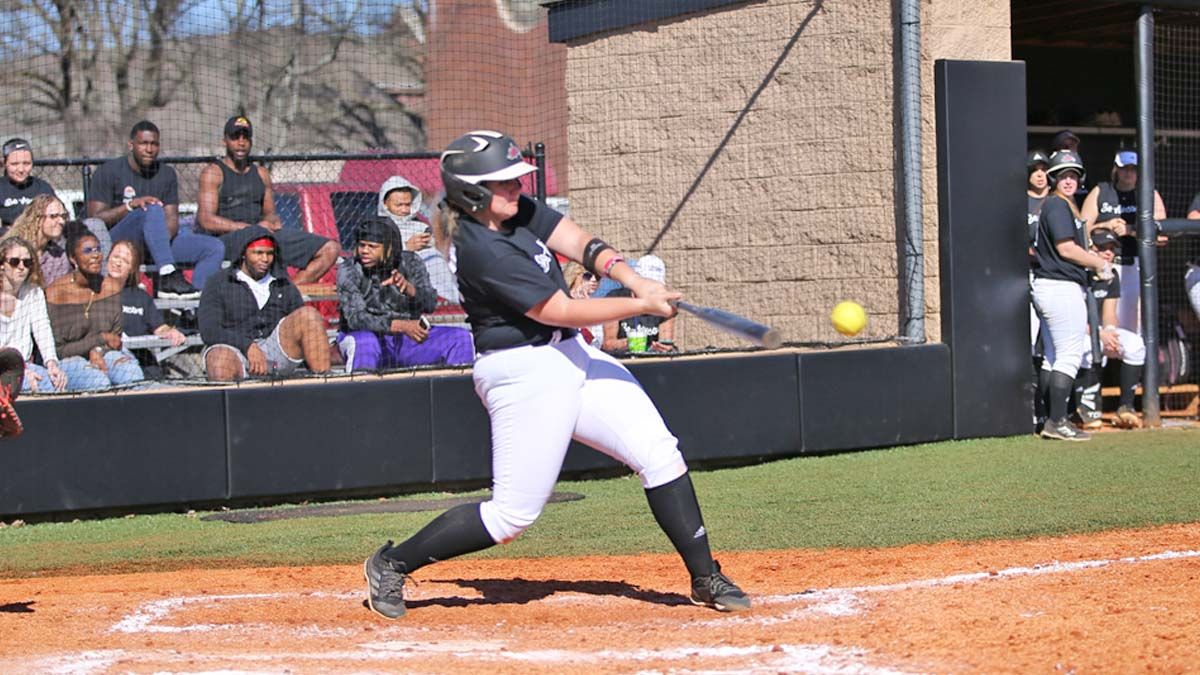 LEBANON, Tenn. – Courtney Miles recorded a three-run and two-run homer and Taylor Woodring added a solo home run helping Cumberland to a 12-4 victory in the first game against the University of the Cumberlands and Morgan Arndt pitched a complete game, allowing six hits and no runs en route to a 3-0 win in the second game on Friday at the CU Softball Field.

The University of the Cumberlands (14-28, 7-15 Mid-South) plated two runs in the top of the fourth to take a 2-1 lead and then led, 3-1 heading into the bottom of the fifth. A huge fifth inning for the Phoenix helped them secure a 12-4 victory plating eight runs in the inning.

Kayala Hoppenjans flew out to right field to start the inning but Taylor Woodring followed with a solo homer to center field, her first of the year. Tyra Graham then doubled down the left field line and Imani Torregano singled up the middle and advanced to second on the play, while Graham took third.

Courtney Miles’ 3 RBI homer to center field put the Phoenix ahead, 8-3. Paola Del Valle was then hit by a pitch and Hoppenjans grounded out to the second baseman for the second out in the inning and Del Valle advanced to second. Woodring then singled to left field and advanved to second on the throw, driving in Del Valle.

Graham then singled through the left side and Woodring moved to scoring position. Graham stole second and Torregano grounded out to the pitcher to end the inning with Cumberland (30-19, 8-14 Mid-South) leading, 9-3.

The Patriots tacked on one more run in the top of the sixth as Hannah Stephenson singled through the left side to start the lineup off. Mikayla Vires then singled to left field and Fox followed with a single to right field to load the bases for UC. Hayley Kilburn’s sac fly to left field plated Stephenson to pull within five, 9-4.

Cumberland responded with four runs in the bottom of the inning. Caplinger flew out to center field for the first out in the inning but Antonelli followed with a double to left field. Hegre singled up the middle, moving Antonelli to third. Paige Robinson went in to pinch run for Antonelli and then stole second. Antonelli scored on a wild pitch and Robinson moved to third, but a two RBI home run by Miles, helped the Phoenix secure a 12-4 victory and ending the game in six innings.

Caplinger picked up the win, allowing four runs, on nine hits in six innings of work for the squad. Miles went 2-for-4 with two home runs and five RBIs and Woodring added two hits, one run and two RBIs.

Cumberland took an early lead, scoring one run in the second starting off with a double to right field by Del Valle. Hoppenjans’ sac bunt allowed Del Valle to advance to third base. An RBI single by Woodring to left field scored home Del Valle for a 1-0 advantage.

In the bottom of the third Caplinger grounded out to second base and Anontelli lined out to the second baseman for two outs in the inning. Hegre then singled to right field and Miles singled up the middle for runners at first and second. Del Valle’s RBI single up the middle plated Hegre for a 2-0 lead.

Antonelli singled to right field to start the fifth inning and Hegre’s sac bunt moved her to second and Antonelli took third on the play. Miles’ sac fly to right field helped score home Antonelli and put the Phoenix ahead, 3-0.

Morgan Arndt picked up the victory, allowing no runs, six hits and striking out three. Del Valle recorded two hits, one run and one RBI.

Sydney Maynard took the loss, allowing three runs on 10 hits and striking out one.

Cumberland hosts the University of the Cumberlands four senior day and a doubleheader beginning at noon, tomorrow, April 21.