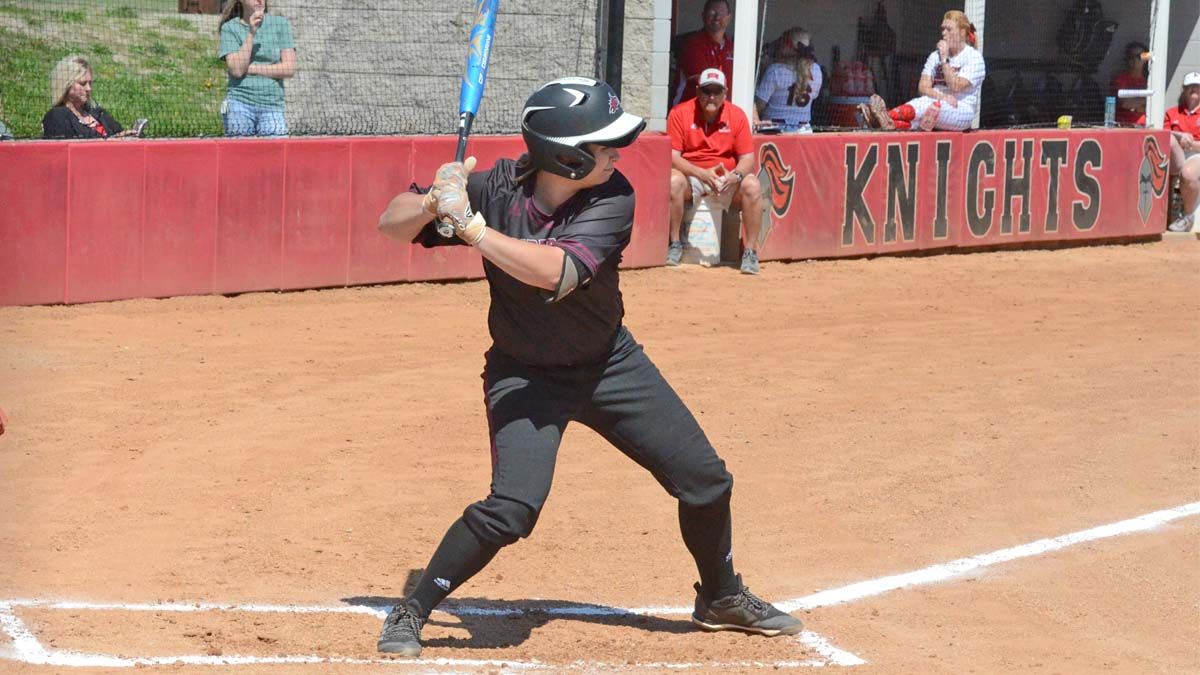 ASHLAND, Ky. – Taylor Woodring’s RBI single up the middle plated the game-winning run for Cumberland helping secure a 3-2 victory in the opener and Kayley Caplinger recorded two runs, three hits and two RBIs and allowed just two hits in five innings, sending the Phoenix to a 10-0 win over Kentucky Christian on Saturday in Ashland, Ky.

Cumberland plated one run in the second with Paola Del Valle drawing a walk and then Kayala Hoppenjans’ sac bunt moved Del Valle to second. Taylor Woodring flew out to right field but Tyra Graham’s double to left field scored home Del Valle for a 1-0 lead.

Jordan Shockley doubled down the left field and then advanced on a wild pitch. McKenzie Vanover struck out swinging for the first out in the sixth inning. Cassie Adkins singled up the middle driving home Shockley to tie the game at one. Adkins then advanced on a wild pitch but House struck out swinging for the second out. Brianna Crooks’ RBI single to left field drove in Adkins for a 2-1 advantage, but Crooks was then thrown out taking second base.

Cumberland (33-21, 12-16 Mid-South) tied the game up at two in the seventh inning, with a single to left field by Imani Torregano who then stole second. Brigid Antonelli single through the left side and Torregano scored on a throwing error to send the game into extra innings.

In the top of the eighth Cumberland’s Courtney Miles doubled to left field and pinch hitter Shae Dunn grounded out to second base helping Miles take third. Woodring’s RBI single up the middle scored home Miles or a 3-2 victory.

Graham went 3-for-5 at the plate with one RBI and Torregano and Miles each recorded one hit and one run.

Cumberland seemed to find their way in the second game, collecting 10 hits and 10 runs, finishing the game in five innings.

CU got ahead early scoring two runs in the first inning, Torregano singled through the left side and Caplinger doubled to left center scoring in Torregano. Caplinger then advanced to third on a wild pitch and Antonelli reached on a fielder’s choice but Torregano came across on the play for a 2-0 lead.

A four-run second inning sent the Phoenix ahead for good, with Del Valle reaching on a fielding error on the Knights (10-30, 5-18 Mid-South) . Hoppenjans singled to right field and with runners at first and second Woodring doubled to center field plating Del Valle and moving Hoppenjans to scoring position.

Graham grounded out to the shortstop but Hoppenjans scored on the play and Woodring advanced to third. Torregano then reached on a fielding error and Woodring came home to put the squad ahead, 5-0. Caplinger’s double to right center was all the Phoenix needed to score home Torregano.

On a wild pitch all runners advanced, and Graham scoring on the play. Antonelli’s two RBI single to center field brought home Torregano and Caplinger to pull the Phoenix ahead, 9-0. Cumberland added one more run in the fifth inning, as Del Valle was hit by a pitch to get on base. Hoppenjans’ double to left center drove in Del Valle for a 10-0 victory.

Caplinger recorded three hits, two runs and two RBIs and Torregano added three runs, two hits and one RBI for the squad. Caplinger also picked up the victory, allowing no runs, two hits and striking out three in four innings of work. Kaitlin Kralj allowed one hit in one inning for the Phoenix.

Cumberland next plays in the Mid-South Conference Championships starting Friday, May 4 in Bowling Green, Ky.