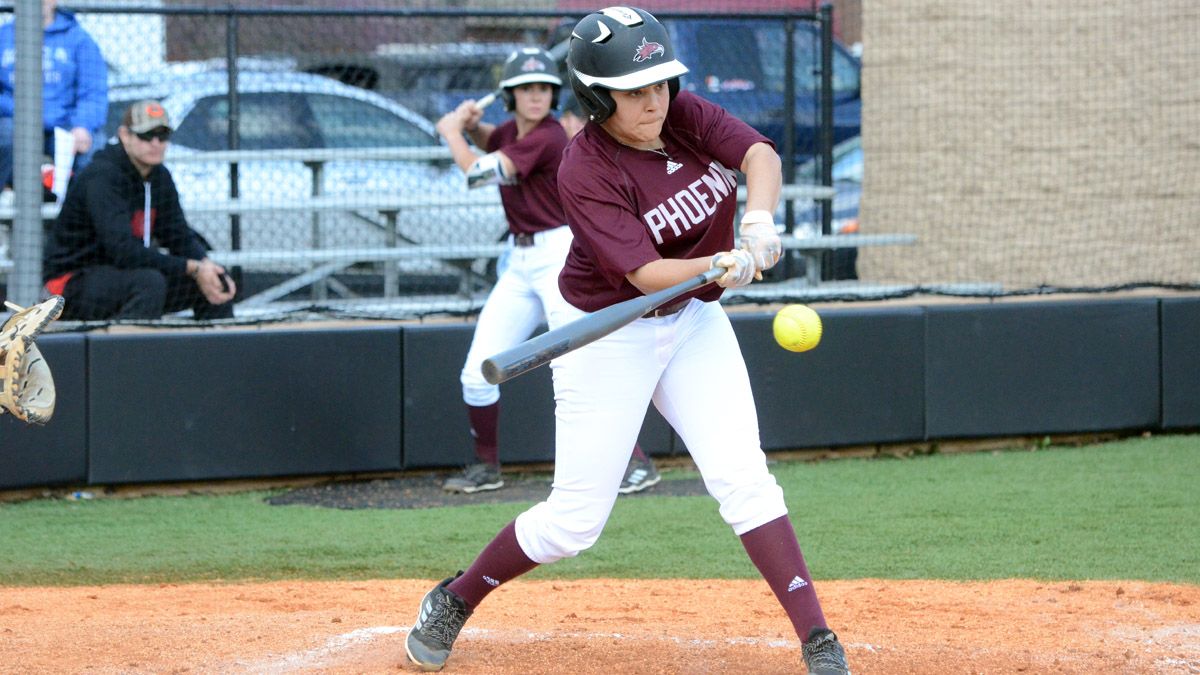 Cumberland won the first two games in five innings, 13-1 and 8-0, and finished off the long day at the ballpark with a 7-1 victory in game three.

Morgan Arndt (2-0) allowed just two hits with one walk and three strikeouts in five innings for the victory in the opener. Josselline Monge (0-1) took the loss for CCSJ, giving up 10 earned runs on 15 hits in four innings.

Kayley Caplinger (1-1) tossed a five-hit shutout in the middle contest, walking three and striking out five. Claire Schapker (0-1) suffered the defeat for the Crimson Wave, giving up eight runs on five hits. She walked five and struck out one.

Newcomer Natasha Trujillo (1-0) went the distance in the final game, allowing one run on five hits. She did not walk a batter and struck out five. Emma Cenzon (0-1) took the loss for CCSJ, giving up five runs on seven hits in five innings.

Cumberland scored five runs in the first inning and eight more in the fourth to take a 13-1 victory in the opener. Tyra Graham and Del Valle posted three hits apiece and Madison Woodruff, Taylor Woodring and Del Valle each drove in two runs.

In the first inning Graham led off with a single and stole second before a walk by Caplinger but a grounder to the pitcher turned into the second out of the inning, throwing behind the runner at third.

Courtney Miles plated a run with a single to left and after a stolen base by Miles, Del Valle’s two-run single to center made it 3-0 CU. Kaylee Luckett walked and Woodring tripled, pushing across two more runs for a 5-0 advantage.

Graham tripled to right to leadoff the fourth inning and Imani Torregano reached on an error, allowing the run to score. Caplinger singled, plating a run, but was thrown out trying to stretch it to a double.

Brigid Antonelli then tripled and pinch-hitter Kristian Davis singled through the left side, scoring a run. Del Valle doubled to left and Woodruff followed with a two-run, two-bagger down the leftfield line.

Kelsie Boyle singled to center and the Phoenix executed the double steal, with Woodruff scoring, but Boyle was thrown out trying to take third after the throw went home. Griffin and Graham both singled with two outs and Jazmyn Sancen reached on an error by the rightfielder, allowing two runs to come across on the play.

The Crimson Wave plated their only run in the fifth when Brianna Wisniewski doubled to leadoff and Cayla Rokosz struck out but reached first on an error by the catcher. Pinch-runner Arianna Perales advanced to third on the play and she scored on a double steal, though Rokosz was thrown out at second.

The Phoenix plated four runs in the second inning in the second contest, starting with a one-out walk to Tawnee Hegre. Woodring and Woodruff both walked, loading the bases, and Griffin delivered a bases-clearing triple down the rightfield line. Graham’s fly ball to center pushed across Griffin for a 4-0 CU advantage.

In the third Antonelli doubled with one out and scored on a Del Valle single to left. Hrgre was hit and Woodring walked, loading the bases. Woodruff’s slow roller to the right side plated the seconed run of the inning, stretching the lead to 6-0.

Graham walked and stole second to leadoff the fourth and Torregano reached on a bunt single. An errant throw to first on the play allowed Graham to score and after Torregano stole second and moved to third on a wild pitch, Antonelli’s sacrifice fly netted the final run of the game.

Cumberland scored twice in the second inning to take another early lead in the third game of the day, with Antonelli and Del Valle both singling and Miles reaching on a bunt that turned into a fielder’s choice.

Antonelli was called out for leaving early after a fly ball by Luckett, but Woodring was hit, loading the bases again, and Griffin’s single down the leftfield line pushed across two runs.

Caplinger singled with one out in the third and pinch-runner DeeDee Dunn moved to third on Antonelli’s double. Del Valle’s grounder to short was booted but also plated a run and Miles’ sac fly to center scored another for a 4-0 CU edge.

Del Valle led off the fifth with a single to center and pinch-runner Jasmine Krauss stole second and moved to third on a groundout by Miles. Luckett’s sac fly made it a 5-0 game.

Calumet got a run in the sixth when Marissa Kopp doubled with one out, went to third on a wild pitch and came across on a groundout from Amanda Sandilla.

In the bottom of the inning Griffin singled and stole second and she scored on a single by Graham, who took second on the throw and third on a wild pitch. Torregano followed with an RBI single to center for the final run of the contest.

Cumberland and Calumet College of St. Joseph are scheduled to play a doubleheader Sunday beginning at Noon, weather permitting.