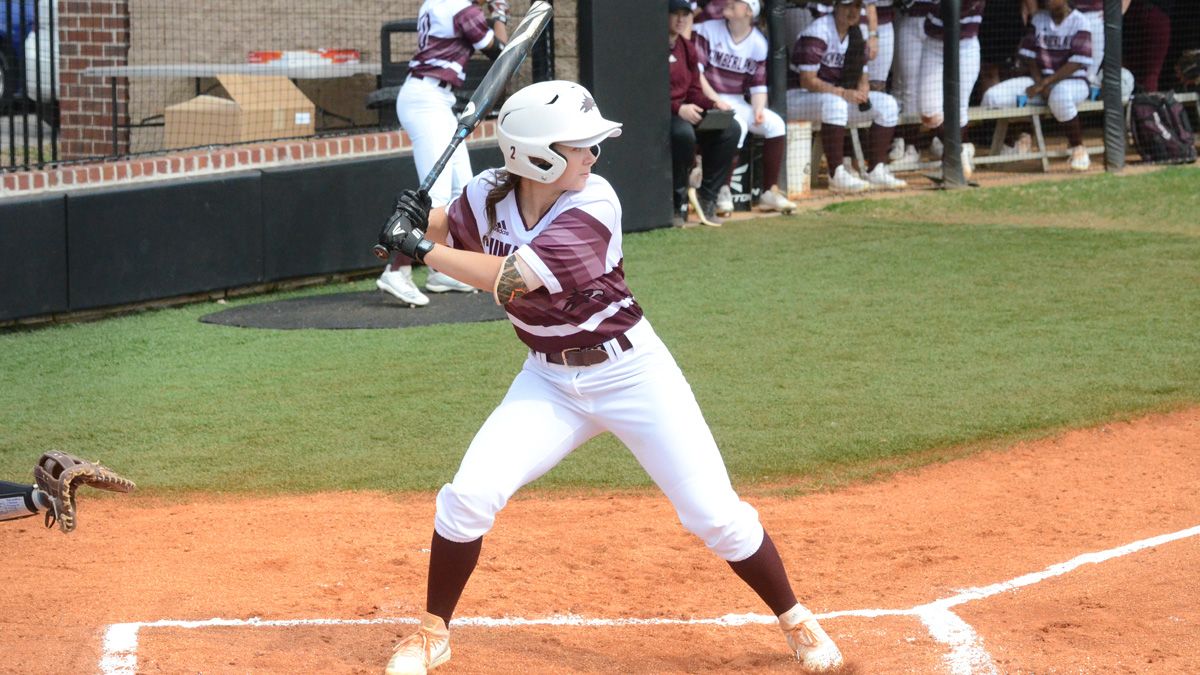 LEBANON, Tenn. – Morgan Arndt allowed one hit and one unearned run in the second contest while Tyra Graham collected four hits and five RBIs in Cumberland’s doubleheader sweep, 4-3 and 7-1, over Talladega College in softball action Wednesday at the CU Softball Field.

The Phoenix (11-2) swept a twinbill for the fourth time this season and played their first contests since March 1 on Wednesday because of rainouts.

Graham’s RBI single capped a three-run second inning in the opener and the junior plated the go-ahead run with a triple in the fourth inning, backing up Kayley Caplinger (5-1) in the circle. The sophomore righthander allowed three runs on five hits with three walks and three strikeouts to win her fifth straight decision.

Talladega used small-ball effectively to plate two of its runs, including a double steal in the second inning and three straight bunts in the third.

Caitlyn Griffith posted three hits and scored twice and Brigid Antonelli added two hits in the win for the Phoenix.

Cumberland committed a pair of errors in the second inning in the second contest, allowing the Tornadoes (3-13) to plate their only run against Arndt (5-0). The righthander retired the final 14 batters she faced after the run came across for Talladega, striking out six with one walk in the first inning.

Madison Woodruff’s double knotted the contest at one in the second inning and Taylor Woodring, Graham and Griffin posted back-to-back-to-back RBI hits (Woodring’s was a double) in the fourth for a 4-1 CU advantage.

Graham plated two more runs with a single in the sixth and Woodring scored the final run on a throwing error later in the inning.

Chancey Davis (2-2) picked up the loss for Talladega, allowing seven runs on 11 hits with three walks.

Chelsey Lindsay doubled to leadoff the second inning in the opener for the Tornadoes and moved to third on a sacrifice bunt by Vanessa Oakley. Caplinger got a strikeout by Madison Pike walked and Maya Canul reached on an infield single, plating a run. Talladega pulled off the double steal for the second run of the inning.

Cumberland answered quickly in the bottom of the frame, starting with a walk to Kaylee Luckett and a single by Griffin, putting runners on the corners. The Phoenix also executed the double steal for a run and then Griffin stole third before scoring on a ground ball by Woodring, which was booted.

Woodring stole second and scored on Graham’s single through the left side for a 3-2 CU edge.

The third inning started the same as the second for Talladega, with a double by Taylor Espinoza and a sac bunt from Hannah Knapp. Isabella Duran reached on a bunt and Lindsay’s bunt pushed the run across, evening the contest at three.

In the fourth Griffin singled up the middle and stole second before an RBI triple from Graham, who was thrown out at the plate trying for an inside-the-park homer on the play.

Cumberland stranded runners in the fifth and sixth innings against Welch, unable to add to the lead. Caplinger allowed two singles and a walk over the final three innings but induced a pair of double plays to limit the Tornadoes.

Knapp reached on an error to leadoff the second inning of the second contest and Duran singled with one out. Pike also got aboard via an error, allowing pinch-runner Kayelyn Lewis to score the first run of the game.

Paola Del Valle singled to start the bottom of the inning and went to second on Tawnee Hegre’s sac bunt. Woodruff then doubled down the leftfield line, plating the run for a 1-1 score.

The Phoenix finally got Arndt some run support in the fourth when Hegre singled and moved to second on Woodruff’s sac bunt. With two outs Woodring doubled to left, switching places with Hegre, and Graham followed with an RBI single, taking second on the throw Griffin did the same, singling and taking second on the throw, pushing across the third run of the inning for a 4-1 CU advantage.

In the sixth Woodruff and Luckett both singled to begin the frame and Woodring walked, loading the bases. Graham’s single to right plated two runs and Woodring score on a bad throw to second with Graham stealing for the final run of the game.

Cumberland hosts 22nd-ranked Freed-Hardeman next Tuesday for a doubleheader and heads to Hiwassee College next Wednesday, the team’s final contests before beginning Mid-South Conference play next weekend at 16th-ranked Campbellsville University.