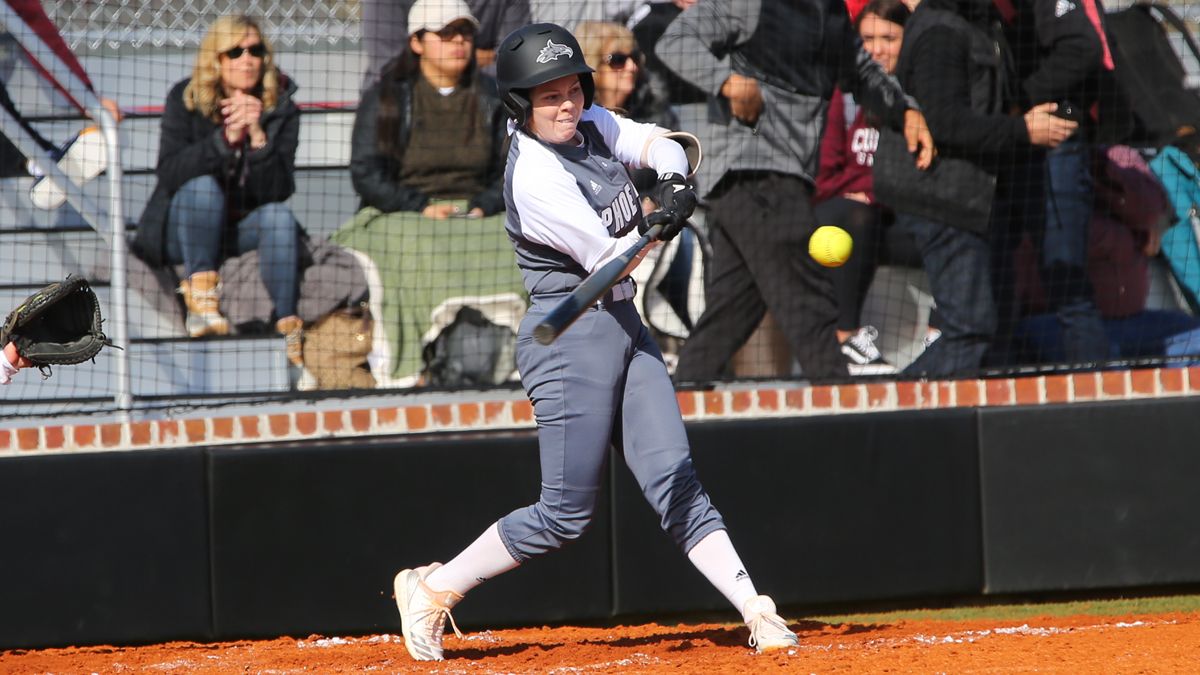 LEBANON, Tenn. – Krystin Wilson tossed a five-hit shutout in the opener and Maddie Sickau’s two-run double helped the University of the Cumberlands to a win in the second game and a doubleheader sweep over Cumberland, 3-0 and 5-1, in softball action Thursday in Williamsburg, Ky.

The teams conclude the series Friday with a 2 p.m. ET twinbill.

Madison Woodruff broke up Wilson’s no-hitter to leadoff the fifth inning, but the Phoenix (14-9, 0-6 Mid-South) managed only a walk and a hit batter until the single. Tyra Graham singled with two outs but CU stranded a pair of runners in the inning with the Patriots leading just 1-0.

Emily Jasper and Tori Malone drove in runs with RBI singles in the fifth and sixth innings, respectively, for the Cumberlands. Woodruff and Caitlyn Griffin both singled in the seventh inning, but Graham bounced into a game-ending doubleplay.

Morgan Arndt (7-3) was again the tough-luck loser for Cumberland, giving up three runs on seven hits with one walk and four strikeouts. Wilson (3-0) walked two, hit a batter and struck out one.

Graham walked and scored in the first inning of the second contest, but Acacia Gray’s RBI double tied the game in the bottom of the frame. Hannah Stephenson’s run-scoring single put the Cumberlands ahead, 2-1, in the third inning.

It stayed that way until the fifth when Sickau’s triple scored Stephenson and Jasper and Gray’s grounded plated Sickau with the final run.

Jessica Webb (5-4) limited the Phoenix to one run on four hits in 5.2 innings. She did not walk a batter and struck out five before giving way to Sidney Pennycuff, who struck out three in 1.1 innings for the save.

Kayley Caplinger (4-5) took the loss, giving up three earned runs on five hits in 4.1 innings. The righthander walked four and struck out two.

Meryn Livingston doubled to leadoff the second inning in the opener for the Patriots and Madison Huber followed with a two-bagger as well for a 1-0 UC edge.

Graham walked in the first and Paola Del Valle drew a free pass in the fourth while Taylor Woodring was hit in the third for CU’s only runners before the single by Woodruff. She went to second on a sacrifice bunt by Griffin and Graham singled with two outs, but Imani Torregano struck out to end the inning.

Sarah Biggerstaff singled to left with one out in the fifth for UC and moved to third on a groundout by Stephenson. Jasper’s infield single plated the run for a 2-0 Patriots advantage.

Livingston walked with two outs and Huber was hit before the RBI single by Malone plated the final run of the first game.

Graham walked and stole second before a bunt single by Torregano to leadoff the second contest. Graham scored on an error on the play for a 1-0 CU lead.

Stephenson started the bottom of the inning with a single and went to second on Jasper’s groundout but was erased trying to steal third. With two outs Sickau walked and she scored on Gray’s double to center, tying the game at one.

Biggerstaff led off the third with a single, stole second and moved to third on an error on the play. Stephenson singled home the run for a 2-1 Patriots edge.

Stephenson walked with one out in the fifth and Jasper reached on an error before the two-run triple from Sickau. Gray’s groundout to second plated Sickau for a 5-1 UC advantage.

Cumberland stranded 10 baserunners in the second game, including two in the first, second and sixth innings and the bases loaded in the seventh.