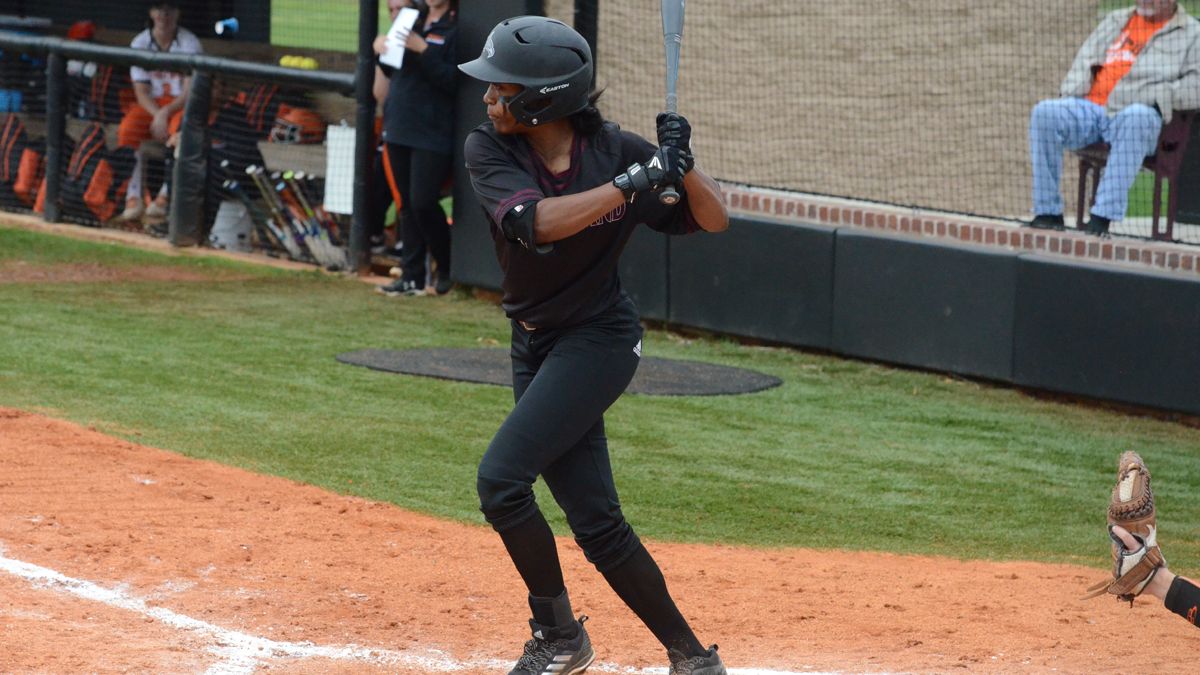 LEBANON, Tenn. – Kayley Caplinger tossed a three-hit shutout in the opener and Kaylee Luckett and Imani Torregano posted two hits apiece in both games, as Cumberland swept a doubleheader, 10-0 and 8-6, from the University of Pikeville in softball action Friday here at Billy Dee Ross Stadium.

Caplinger (7-7) allowed one walk with five strikeouts in the five-inning contest. She retired 11-of-12 batters after giving up two singles in the first and set down 14 of the last 17 hitters for the Bears, who posted a single and a walk and one player reached on an error after the first inning.

Megan Claypoole (11-8) took the loss for the Bears, giving up 10 runs, two earned, on nine hits in three innings. She walked three and struck out three.

Tyra Graham registered three hits and scored twice while Luckett homered and drove in two runs and Torregano added two more hits with one RBI and a run scored in the second contest.

Morgan Anrdt (10-7) allowed one earned run on six hits with one strikeout in four innings for the win. Natasha Trujillo pitched two innings of relief before running into trouble in the seventh and Emily Cooper got the final two outs for the save.

Pikeville’s Hannah Staggs (10-10) suffered the defeat, giving up five earned runs on 10 hits with two strikeouts. Claypoole was 3-for-3 with two doubles, two RBIs and a run scored.

Cumberland ended a 22-inning scoreless streak two batters into the first contest after a leadoff single by Graham and an RBI double from Woodruff.

In the second Luckett led off with a single and stole second before a single through the left side by Torregano and a walk to Graham. Woodruff’s sharp grounder to short went off the leg of Pikeville’s Mercedes Boggs into leftfield, allowing two runs to score, and Graham came across on a wild pitch for a 4-0 CU advantage.

Cumberland took advantage of a costly error by Claypoole to plate six more runs in the third inning.

Brigid Antonelli dumped a single into short centerfield to start the frame and Caplinger followed with a double to rightcenter. Luckett walked, loading the bases, and Bailey Giordano singled to center, scoring Antonelli. DeeDee Dunn grounded to the circle, but Claypoole’s throw to the plate was in the dirt, allowing Caplinger to score.

With two outs Woodruff singled to center, pushing across two runs, and Paola Del Valle ripped a single off the glove of the third baseman into leftfield, plating two more for a 10-0 Phoenix lead.

Jordan Gentry reached on an error to leadoff the second game for Pikeville, a slow roller off the glove of Arndt, and stole second. Mackenzie Pawlak singled softly over the third baseman’s head, putting runners on the corners, and Pawlak stole second.

Woodruff cut off the throw to second and her relay to the plate was in time but Del Valle was called for obstruction. Pawlak wandered off the bag too far and Del Valle picked her off to negate any more runs in the inning, but the Bears held a 1-0 edge after a half inning.

Graham singled and stole second to start the bottom of the inning and Woodruff reached on an error by the first baseman, putting runners on the corners. Woodruff stole second and with one out, Antonelli flied out to right, plating Graham, and the throw to the infield from Gentry got away, allowing Woodruff to come across for a 2-1 CU advantage.

Claypoole walked with one out in the second inning for Pikeville and Hannah Absher singled just past the glove of first baseman Luckett. Boggs pushed the runners to second and third with a sacrifice bunt and a grounder to short by Gentry was bobbled by Graham. She made a heads-up play and flipped to Antonelli, who tagged out Absher, but Claypoole scored before the tag, tying the contest at two.

Luckett’s line drive to leftcenter cleared the wall for her first homer of the season and a 3-2 CU lead in the bottom of the second.

The Phoenix added to the lead in the fourth when Caplinger drew a leadoff walk and pinch-runner Jasmine Krauss stole second. Giordano laced a double just inside the third base bag, scoring a run, and with two outs Torragano lined a single past the shortstop for an RBI single. Graham followed with a run-scoring double to leftcenter, extending the advantage to 6-2.

Cumberland added another run in the fifth but missed a chance for more, leaving the bases loaded.

Antonelli reached on an error with one out and Caplinger singled to rightcenter. Luckett lifted a single to leftcenter for an RBI and pinch-hitter Tawnee Hegre walked, loading the bases. Torregano grounded back to the circle to end the inning with CU leading, 7-2.

Claypoole singled to right to leadoff the sixth for Pikeville and after a fielder’s choice, pinch-hitter Haley Karr ripped a double just inside the rightfield line, scoring Absher. Gentry reached on a throwing error, putting runners on the corners, and Pawlak’s hot-shot up the middle went off the glove of Trujillo and turned into a force out at second, but Karr scored, cutting the lead to 7-4.

The Phoenix answered in the bottom of the inning after a single by Graham. She moved to third on Del Valle’s single to center and scored on a double steal with pinch-runner Kelsie Boyle.

In the seventh Emme Barker singled to center with one out for Pikeville and Elizabeth Hickey dumped a single into short right. Both runners moved up on a passed ball and scored on Claypoole’s double to rightcenter, cutting the deficit to 8-6. Cooper entered and induced groundouts from Absher and Boggs to end the contest.

Cumberland hosts sixth-ranked Lindsey Wilson for a doubleheader this Wednesday at 1 p.m.