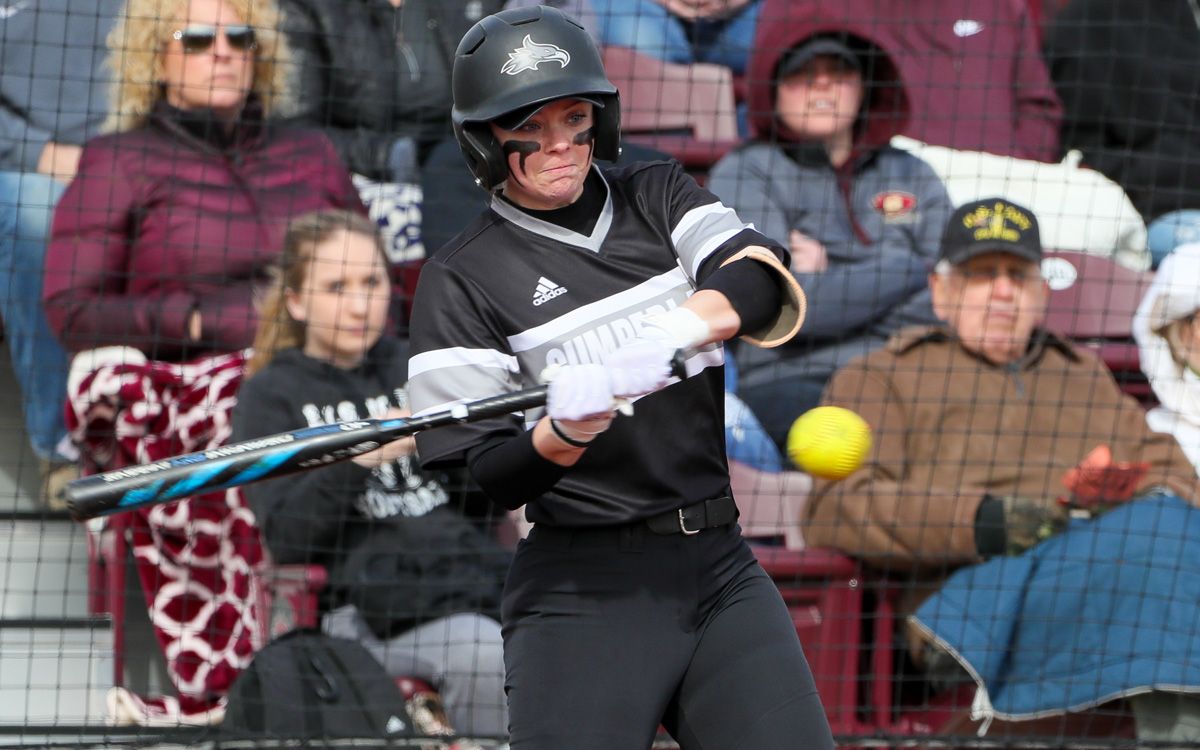 The Cumberland (2-0) bats stayed hot throughout the day against Bluefield (1-3), earning a .436 batting average as a team in the two games combined as opposed to the Rams .250. The Phoenix also did a good job filling up the stat sheet, coming away from the contests with seven total doubles and six stolen bases.

The Phoenix turned to the steady hands of junior pitcher, Kayley Caplinger (1-0) in game one, giving her the start and win against the Rams. Caplinger stayed on the mound for 4.0 innings, sitting down four and only walking one, while allowing Bluefield to connect on just three hits. Bela Soto came in for relief in a fifth inning collecting another strikeout before the game ended early due to the mercy rule.

Senior Tyra Graham picked up where last season left off, putting together a dominant performance offensively on 3-for-4 hitting with a double, two RBIs, and two stolen bases. Madison Woodruff went 2-for-3, beating the laces off the ball twice on long doubles and earned an RBI. Sophomore outfielder Caitlyn Griffin also went 2-for-3 on the day with a double and an RBI.

The Ram batters at the top of the lineup and batting third--Megan Grose and Lexi Harmon, respectively--both went 1-for-2 hitting on the first game, collecting two of the teams three hits on the game.

Both teams started the game sloppily, making errors on both sides that led to early runs. Bluefield jumped onto the scoreboard first, an error by Ashton Whiles at third allowing the runner to advance another base to home. Most of Cumberland’s runs were accrued in the bottom of the first, Graham making it home on a throwing error by the catcher to tie the game at 1-1. With no outs and bases loaded, Harmon walked Mariah Clark to force Griffin home, Cumberland going up 2-1. Following the walk, Caplinger belted a ball into deep center field, bringing home two more Phoenix base runners. With Clark on third and Caplinger on second, Taylor Woodring laid a sacrifice bunt down the right baseline to score Clark and boost the lead to 5-1. Cumberland’s first inning scoring finally came to a close when Macey Milliken hit a single into left field that brought Caplinger home.

The Phoenix advantage continued to swell in the second inning, Woodruff following Griffin’s lead-off double with one of her own to get the RBI. Two batter later, Clark connected on a single that drive in Woodruff, Cumberland now leading 8-1.

Cumberland put another run on the board in the third off a Griffin single, before racking up another two runs in the fourth to extend their edge to the final score of 11-1. The runs came when Graham hit a single with bases loaded and two outs.

After coming in for relief in the final inning of the first game, Bela Soto got the start in game two, allowing five hits but only one run in two innings of play. Clark (1-0) took the lion’s share of the opportunities on the mound, including earning the win after she came back in in the top of the seventh to ensure that the Rams did not manage to take the lead. She pitched 4.1 innings, striking out eight while only allowing two hits and one run. Emily Cooper played 0.2 innings in the seventh, earning a single strikeout but gave up five runs.

Taylor Nunn put in 4.1 innings of work for the Rams as she allowed seven runs (six earned) on 10 hits. Madison Koonce came in to pitch next, giving up no runs and only two hits in 1.2 innings. Laken Sparks (0-1) took the loss for the Rams in only 0.2 innings as she gave up the game winning run to Cumberland.

Three Cumberland batters--Graham, Clark, and Woodring--went 2-for-3 from the plate in the second game. DeeDee Dunn and Milliken led the team in RBI’s with two apiece, and Graham again took advantage of her speed to pick up two stolen bases.

Meredith Throckmorton put together a very solid 2-for-3 performance from the plate with a single RBI. While pinch hitting, Carlee King made the hit of the day for either team on her only at bat, slamming a rocket of a shot over the wall in right-center field for a three-run homer to tie the game.

The first score of the second game came in a very similar manner to the first game, Graham scoring on an error by the third baseman after she had stolen third base. With Griffin on third, Ashton Whiles knocked a sacrifice fly into deep left field to extend the lead to 2-0.

A single by Bluefield’s Gabrielle Melick scored the Ram’s first run of the game, but the Phoenix were quick to respond in the bottom of the inning. A Milliken single down the left field line brought in a run and after an intentional walking of Graham saw the bases loaded, Griffin grounded out to the short stop to drive in another run.

Both team’s bats went silent over the third and fourth innings, but a single by the Ram’s Throckmorton in the fifth saw the gap close to 4-2. In return, Cumberland put up three more runs in the bottom of the fifth. A Woodring single into left field earned a run, and left to runners on base for the next batter, DeeDee Dunn. She made the most of her at bat, cracking a double into center field that cleared the bases.

Only needing three outs to end the game up 7-2 in the top of the seventh, the Rams put together a monumental come back, scoring five runs to even the game up at 7-7. In the bottom of the seventh with the game on the line, Woodring quickly got into scoring position with a lead-off double. After Woodring advanced to third on a Dunn bunt, Milliken hit a walk-off sacrifice fly to center field to bring the game to a close, 8-7.

The Phoenix will be back in action in Billy Dee Ross Stadium tomorrow to finish the four game series against Bluefield. Game one is set for 11 a.m.