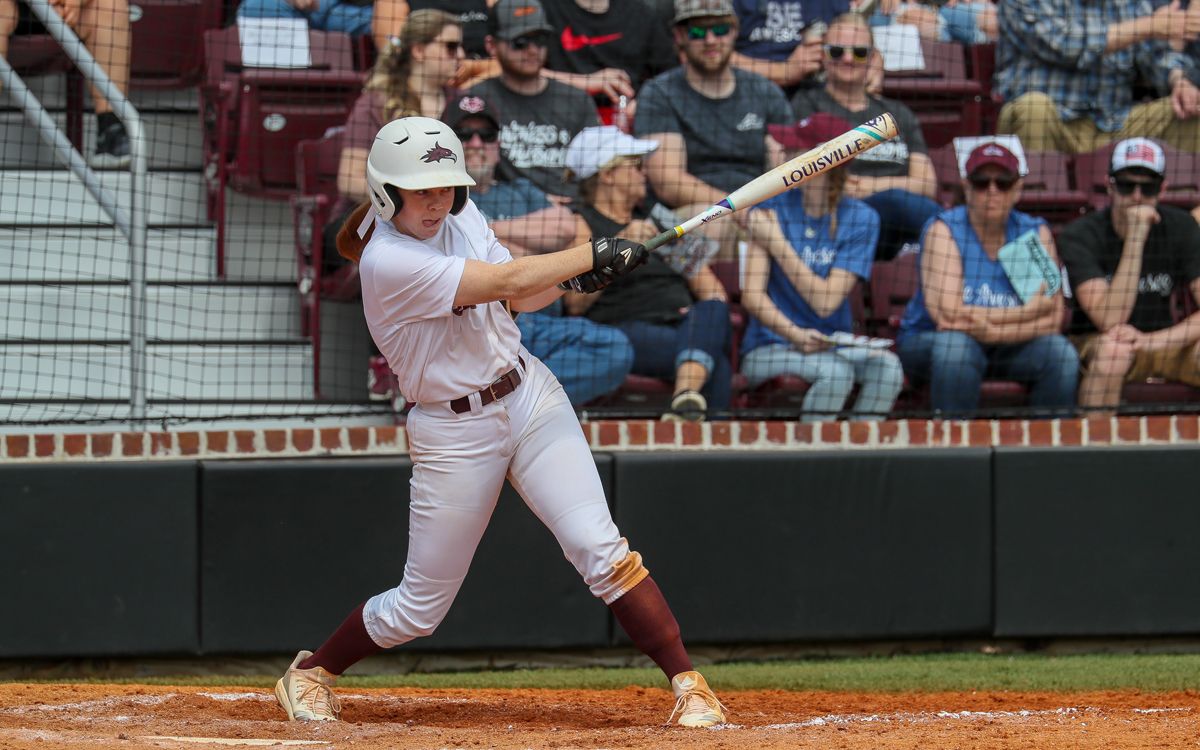 LEBANON, Tenn.--The Phoenix improved their season totals, getting two wins over Indiana-South Bend today in Billy Dee Ross stadium in large part due to outhitting the Titans nearly 2-to-1.

Cumberland (5-1) got off to a great start on the day with Kayley Caplinger (2-1) tossing a complete game from inside the circle. The junior allowed no runs and only five hits to go along with sitting five batters down. Indiana-South Bend (0-2) played two pitchers in the first game of their season with Becca Stevens (0-1) playing the first 4.0 innings, giving up four runs on seven hits. Ashley Cox came in for the final 1.1 innings until the game was run ruled as four more runs (two earned) were scored on her off the same number of hits.

Tyra Graham had another incredibly efficient game from the plate and as a base runner in game one, batting a solid 3-for-4 with two doubles to go along with her fourth game with two steals. Madison Woodruff and Lexi Riggall both went 2-for-3 as batters with two runs batted in, Riggall's scores coming on a bomb into the pavilion in center field.

The Phoenix got the scoring started in the bottom of the second when with loaded bases and two outs, a wild pitch brought Ashton Whiles in to score. Cumberland put up another run in the third, Whiles connecting on a sacrifice fly to score Graham.

The 2-0 lead swelled to 4-0 in the bottom of the fourth. A batter after Caplinger made it on base with a long double into right center, Lexi Riggall went yard in the deepest part of the field, hitting the center field pavilion for a two-run home run.

Another run was tacked on in the fifth, Taylor Woodring sending Hunter Elwood home on a single. Cumberland exploded for three runs in the bottom of the sixth, getting a walk-off RBI from Whiles when she reached on an error by the first baseman to score Woodruff.

Bela Soto got the start for the Phoenix in game two, but only got a full inning of play in before being replaced. Mariah Clark (3-0) played the remaining 5.0 innings of the game to get the win. Clark held the Titans to a single run on two hits while striking out five batters. Kiah Ferrell (0-1) went the distance for Indiana-South Bend, playing an extremely clean game until the bottom of the fifth. Ferrell gave up three runs on six hits, all three runs and three of the hits coming in the fifth.

Woodruff only connected on a single hit during her three at bats, but it was beyond clutch, smashing a double to the right field wall to bring in two runs, giving the Phoenix a lead as the game drew to a close. Ferrell was not only good from inside the circle for the Titans but also from the plate, driving in both of their runs including a solo shot over the right center wall.

Indiana-South Bend struck first, taking a 2-0 lead through the first four innings after Ferrell got an RBI in the first off a sacrifice fly to center field and hit a solo homer over the right center wall in the third.

The Phoenix could have found themselves in a much bigger hole, as when Clark entered the game in the second inning the bases were loaded with no outs. Clark navigated out of that tough spot as it became much more difficult for Titans batters to reach base. As it started to get dark outside in the bottom of the fifth, Cumberland put together all of its runs, steering clear of a home loss. Graham singled to center field to cut the game to a 2-1 Indiana-South Bend advantage, before Woodruff put up two 2-out RBIs off her double to deep right field. The teams took the field, completing the top of the sixth before the Umpire called the game due to darkness.

Cumberland finishes its series against Indiana-South Bend in the morning, facing the Titans in a home double header starting at 11 a.m.